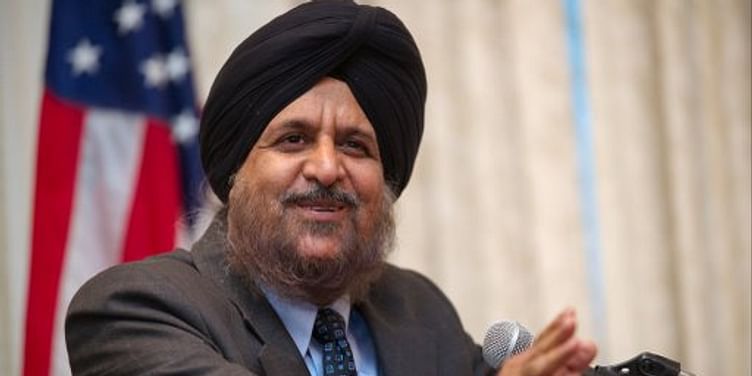 Professor Jagmohan Raju is a prolific scholar whose research interests include competitive strategy, optimizing channel contracts, pricing, private labels, retailing, sales promotions and coupons. He is also the Executive Director Wharton Co-sponsorship of Indian School of Business and marketing department chairperson. He is currently the Joseph J. Aresty Professor, professor of marketing at The Wharton School, University of Pennsylvania, Philadelphia, PA. Professor Raju spoke to YourStory.in on his visit to India. Excerpts.

YS: What opportunities does an emerging economy present to startups and entrepreneurs?

Prof. Raju: There are many opportunities. Traditionally in India, we had very few entrepreneurs and they have been in areas like retailing or ancillary service, which happened some 50 years ago. That happened as people back then couldn’t find a job and they opened a store, which was the nature of entrepreneurship back then. Today there are lots of other opportunities, like online retailing, demand aggregation, travel, hospitality – many skill-based but low investment businesses.

YS: Bangalore is referred to as India’s Silicon Valley? Do you think it is a right comparison? Is the environment in Bangalore and India conducive for businesses to prosper?

Prof. Raju: What do you mean by Silicon Valley or a place where you have startups -- in such places you have a pool of talent. And wherever there is a pool of talent, there is the likelihood of starting of an industry of a certain type. I think Bangalore has that, certain other cites in India have it too. The starting point of all this is one or two companies who invest in talent and other companies piggy-back on that. So when Silicon Valley began, companies there invested in talent and that talent then spread out and others piggy-backed on them. That’s how these kind of things grow and companies in Silicon Valley did that.

The HPs of the world, Intels did that, they invested in people, trained those people and then others hired these people. So it’s not the buildings there, it’s the talent. And if the talent can find other opportunities within the area, they stay in the area, otherwise they move out.

YS: As an expert on pricing strategy, what is your advice to startups that have an online business/service? How do they get their pricing right?

Prof. Raju: My biggest advice to them is to take pricing very seriously. Because people in the startup space specially feel that as long as they get customers they will be ok and then some day make money. And by the time they make money, they go down and the money, from VCs or wherever they have got money from, runs out. So monetization of capabilities is very important. How can your capabilities be monetized very quickly and thoughtfully. That is what pricing is all about -- how you monetize your asset, your true skills. And often times startups are living on borrowed money, they don’t think of monetization, then when money runs out and they are gone.

In that world, pricing is all about monetization of your core capabilities. And before you start you need to think about it.

YS: What would you say have been some of the best changes to the field of marketing over time?

Prof. Raju: If I pick one change, then marketing decisions are much more scientific, more fact based as opposed to opinion based and more data driven and therefore more justified. There is more respect for marketing as a profession and way we make decisions. Maybe we are not there at the same level as a physicist, but we are very close to that.

YS: Do you think Indian economy is safer because Indians believe in saving, as opposed to the credit-card economy of the West?

Prof. Raju: You want people to spend, you don’t want them to save always. Because if they don’t spend, money will not flow. So the question to ask is why do people not spend. Why do Indians in urban areas close to 20% and in Tier 2 upto 30% save? Somehow it is insecurity. You save for the future. If you were secure, you’ll probably save less.

In the US, total money coming into the economy is two-thirds from the consumer and one-third from businesses. That doesn’t mean savings are bad, but too much savings also doesn’t make money flow. Especially if saving is not put to good use. So if you save20% and put it in the bank and say the bankers don’t lend the money properly, then that money is wasted. If savings are mobilized into right areas, invested the right way, lent the right way then its good.

So the multiplier of investment comes from savings and that is good. Savings leads to investment, investment leads to multiplier and investment grows, so its good. But if savings are not channelized into the right investments and multiplied, then there is no growth.

YS: Then what according to you went wrong with the Western economy? Why are things difficult there?

Prof. Raju: I think there are two drivers. I am no economist, but my thoughts are, the population is shrinking. So if population shrinks, there is an underlying force in the market that shrinks. Secondly the government spending, one might say are too generous. If you don’t have a job, somebody will pay you for not working. So it creates the wrong incentives, productivity of a worker goes down. Now we have an interconnected economy in the world. You cannot sustain an economy with low productivity. A Chinese worker is willing to work 70 hours a week, the European works only 30 hours, you have to be three times as productive to be able to beat them.

YS: What would you say of online companies trying to build their brand through mainstream communication?

Prof. Raju: If a company like Flipkart advertises it should be to people who don’t come to their website, because those who come to their site already know about them. I have to do advertising offline to bring these customers to me. Another important point to bear in mind is -- Flipkart should make people comfortable while buying on their site, so you have to make the company safe, secure. It depends on what your ambitions are.

YS: There are many brands that have created a niche for themselves online, to talk to women only or only sell jewellery and so on. What would you say of this approach?

Prof. Raju: I think in theory online retailing allows niche brands to survive, more than offline. In offline, what has happened in most of the developed world is that retailing juggernauts have taken over. So niche retailers are out, you look at any big category. This is what we call category killers, they come and take over. But in the online world, the chances of a niche retailer to survive is higher, somebody who focuses only on high-end or only a certain type of clothing. Because your fixed costs are low, so in theory the opportunity for niche retailing is much better offline than online world.

YS: What macro & micro factors are required for transformation of a startup to a small-size…to a mid-size…to a large company?

Prof. Raju: Many things there. I often say small companies become big companies not because of their first idea, but because of the second idea that they have. And sometimes the second idea kills you or makes you into a juggernaut. Think of Amazon, they sold books, that was their idea -- but books would not have made them what they are today. When they said what are we really, are we selling books or are we in the business of creating a market for a certain class of products? Where we do not just sell books, but others can sell their books too. Or sell anything to anyone else and that is how things changed and Amazon became a marketplace and not a book-seller. So understanding what you are bringing to the party, what is your skillset and then capitalizing on that. Sometimes you get to that thoughtfully, sometimes you develop that skillset but you don’t know it is your core strength. If Amazon had just thought of itself as a book seller, it would not have been where it is today.