Varun Sheth: Why I quit my corporate job and started crowdfunding site Ketto 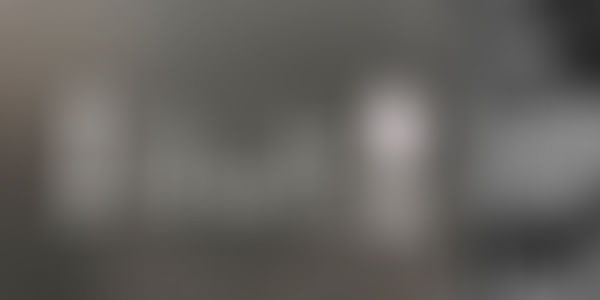 Varun Sheth was born and brought up in Mumbai; did his schooling in Jamnabai Narsee School and college in Narsee Monjee. Having always been interested in the financial sector, he went on to do a couple of financial programs that included chartered financial analyst (CFA) and financial risk management (FRM). He went onto to work as an interest rate swap dealer with ICAP, the world’s largest broking house for derivatives and fixed income products. Sheth’s daily routine was to analyze interest rate and other parameters, and advice his clients about which way the interest rate would move in the short term. He would then use this information to place bets and make money for his clients.

He was very good at what he was doing and had notched up deals over Rs 1000 crore. But the monotony of the job got to him and he felt that he had to break free or he would be stuck in it forever. “Very soon I realized that what I was doing had absolutely no value in the real world, it did not improve this world in anyway there was no value that I was adding to society in any possible way which was something I was not comfortable with,” says Sheth on his Aha moment.

Sheth’s inspiration to start a social enterprise was Vinod Khosla, and his venture, the Khosla Impact fund. He claims that Khosla has been a very inspirational figure to him because of the work he is doing in the social impact space, and the fact that he has been willing to invest in a sector that most other funds are not willing to look at. The opportunity to use the internet as a medium to connect potential funders from across the world with beneficiaries in India was another huge motivating factor.

When Sheth first proposed the idea of quitting his job and starting a crowd-based peer-to-peer company to his family, friends and colleagues, they were not sure about what he was doing or trying to do. They could not understand the concept or the idea of Ketto (the startup Sheth founded alongwith Bollywood actor Kunal Kapoor) and especially the notion that why anybody would want to give money online to a social venture.

After he summoned up the courage to quit, he felt quite scared, as he was really gaining momentum at his job. With the swap markets opening because of the new Reserve Bank of India (RBI) rules, his industry was poised for heady growth. “It was definitely not the smartest move at that point in time,” adds Sheth. He was also quite concerned about the lack of funding to smaller ventures and realized that there are many good ideas and thoughts around, but don’t succeed due to lack of capital. Fundraising at the beginning, he found was the biggest challenge and the biggest reason, as to why most social entrepreneurs gave up on their ideas. He managed to tide over the funding dilemma by bootstrapping Ketto with funds from him and Kapoor.

Whilst he was getting started, he felt a flurry of emotions, which he went through at different points in time. Running a bootstrapped company for over a year around an idea that had few takers lead to thoughts giving up, but then he was wise enough to accept that these emotions were only natural. The thought that kept him going was the immense potential of the idea, both from a market and an impact perceptive. It was upto him to get it right, even he didn’t, he was sure the opportunity was real, it was only a matter of time before someone else will find a way to crack it. Living the life of an entrepreneur, he did not miss his job at ICAP, because he loved what he was doing, but he definitely missed the fat salary.

What keeps him going is the fact that Ketto as an idea has been accepted. So far Ketto has raised close to Rs 25 lakh through 15 campaigns. They continue to churn out meaningful campaigns. The latest is one where they are trying to raise Rs 10 lakh for the Olympic luge athlete Shiva Keshavan, who is aiming to win a medal at the 2014 Winter Olympics in Russia.

When asked about whether he was proud of what you have achieved so far, if he will you ever go back to a corporate job and what did the corporate job teach him that is helping him make the social enterprise a success, Sheth had this to say: “I believe its to early to be proud of any achievements there still a long way to go for before I can say that I am proud of what I did, still a lot of mountains to be climbed, maybe I can answer that in the another 30 years or so. I am not certain if I would go back as I really enjoy being an entrepreneur as it gives me opportunity to think freely and not be confined to a routine but then you can never be sure on what opportunity is around the corner, live as each day comes.”