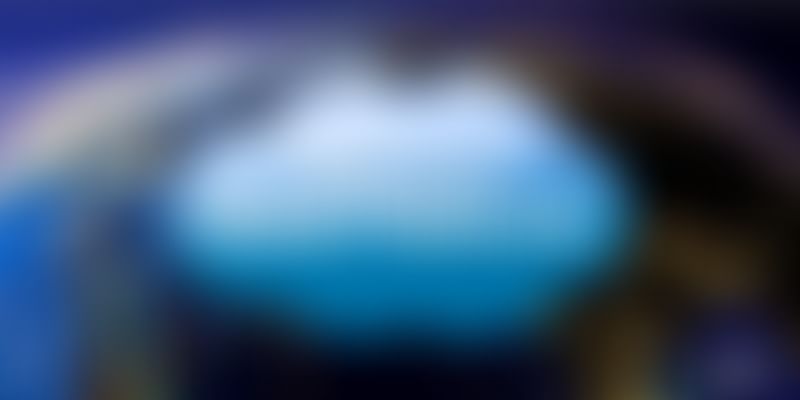 2013 has been an eventful year for the cloud industry. This year marked the entry of major tech giants into the IaaSmarket. AWS continued to innovate at a torrid pace bringing in additional features and services to its platform. Big Data continued to be an important theme with the Apache Hadoop stack moving to its second major version.There has been a consolidation in the IaaS and PaaS market with IBM’s acquisition of SoftLayer and CenturyLinkbuying AppFog. Large IT solution providers and system integrators increased their investment in the cloud practice.

Here is a quick recap of the top 10 players in the cloud market:

AWS continued its lead with constant innovation and enhancements to the platform. The success of AWS re:Invent event was an indication of how Amazon is becoming a dominant player of the industry. AWS now has over 30 services spanning from basic compute to real-time data ingestion. Amazon’s official entry into China added a new region for Asia customers. The $600M private cloud deal with CIA took AWS beyond the public cloud. Major services that AWS announced this year include ElasticTranscoder, OpsWorks,CloudHSM, AppStream, CloudTrail, WorkSpacesand Kinesis. Features like cross-region copy of AMIs, RHEL in Free Tier, Custom AMIs for OpsWorks, PostgreSQL support for RDS were well received by customers. Amazon has to deal with its own set of challenges before competing with Microsoft and IBM in the enterprise segment.Noteworthy in 2013 – AWS and CIA sign $600 million deal for setting up the private cloud.

After a lull, Google made a splash at Google I/O by announcing the PHP support for App Engine and opening up the Compute Engine beta to the public. This year also marks the consolidation of various cloud services within Google under the Google Cloud Platform (GCP) brand.With this, Google can leverage multiple investments made across the compute, storage, databases and analytics. Google Compute Engine (GCE) moved into GA during early December. GCE is a viable alternative to Amazon EC2 with its focus on performance and reliability. GCP also announced the Mobile Backend Starter Kit, an API façade that exposes the Google Cloud endpoints for mobile developers. Though it has a long way to go, Google seems to be on the right track in meeting the customer expectations. Its latest announcement of new data centers in Taiwan and Singapore indicate that GCP will be soon available in Asia.Noteworthy in 2013 – Google launches Compute Engine, a viable alternative to Amazon EC2.

In January 2013, HP moved its compute service to GA. Betting big on OpenStack, HP Cloud was one of the first to go live based on the open source cloud management software. HP’s strategy aims at completeness of the platform than creating a differentiating factor. It’s compute, storage, database and network stack offer basic capabilities. This is partially because of the limitations of OpenStack to serve a commercial grade public cloud. HP is seriously limited by OpenStack’s progress. It hopes that the traditional services business and the longstanding relation with enterprises and partners will help them gain the marketshare. HP Cloud went through a major churn when Zorawar “Biri” Singh, senior vice president and general manager for Cloud Services quit early this year. Margaret Dawson joined HP as the VP of Product Marketing & Cloud Evangelist. Going forward, HP wants to shift its focus to hybrid cloud by pushing the HP Cloud OS agenda to its partners and customers.Noteworthy in 2013 – HP Cloud OS is an attempt to push OpenStack, HP Cloud and HP services in the enterprise market.

2013 was a crucial year for IBM Cloud Services. It acquired SoftLayer in July to enter the commodity hosting/IaaS market dominated by AWS and Rackspace.With this move, IBM killed the SmartCloud Enterprise brand announcing that the existing customerswill be transitioned to the SoftLayer platform. IBM’s investments in OpenStack resulted in integrating the cloud management software with CloudLayer, SoftLayer’s original cloud offering. Mirantis, a well-known OpenStack services company is helping IBM roll out OpenStack on the SoftLayer Cloud. On the PaaS front, IBM and Pivotal partnered to bring WebSphere to Cloud Foundry. Dubbed as BlueMix, which is an implementation on top of IBM’s IaaS, leveraging Cloud Foundry to build, deploy, and manage their cloud applications.On the same day of Amazon’s announcement on its new China Region, IBM also announced its partnership with 21Vianet in China. We have to wait and watch if IBM’s strategy of investing in two leading open source cloud technologies will pay back.Noteworthy in 2013 – IBM acquires SoftLayer and integrates it with OpenStack.

This is the year where Microsoft made the big transition from PaaS to IaaS with Windows Azure Infrastructure Services (WAIS). WAIS supports major flavors of Linux, including CentOS, Ubuntu and SUSE along with the latest version of Microsoft Windows Server. Windows Azure Media Services, Windows Azure Web Sites, Windows Azure Mobile Services became generally available this year. Oracle and Microsoft partnered to bring Linux, Java, WebLogic and Databases to Windows Azure. Microsoft also invested in data centers in China to add additional regions to Asia Pacific. Overall, Microsoft made good progress to transform into a mature, enterprise cloud platform. It is well positioned to occupy the second slot in the cloud market after AWS.Noteworthy in 2013 – Windows Azure IaaS supports various Linux distributions, including Oracle

After denying the existence of cloud for a while, Oracle finally joined the bandwagon in 2013. But its strategy still seems to be confusing. Oracle Cloud wants to be everything to everyone. With Oracle Fusion and Financials forming the SaaS layer, Java and middleware moving into the PaaS and Oracle’s investment in Open Nimbula surfacing as IaaS, it is hard for customers to map their requirements to the stack. Oracle is trying to compete with Salesforce, SAP, Amazon, Google and Microsoft with its one-size-fits-all cloud platform.Recently, Oracle became the corporate sponsor of OpenStackFoundation with plans to integrate its virtualization infrastructure, Java, middleware and database products with OpenStack. With declining hardware sales revenue, Oracle is accelerating its cloud push.Noteworthy in 2013 – Oracle joins the cloud bandwagon with OpenStack membership

2013 saw Rackspace transition from its proprietary public cloud infrastructure to Cloud Servers powered by OpenStack. It now exposes Nova, Swift, Cider and other building blocks of OpenStack on its public cloud. Rackspace has also added additional instance types powered by faster CPU and SSD based storage. It has moved away from the “fanatical support” differentiating factor to “performance driven” cloud campaign. Though better than HP, Rackspace is also suffering from the same limitations of OpenStack. Despite being the founding member, it doesn’t have the R&D muscle to innovate and extend OpenStackto power its mainstream cloud platform. With increased competition from AWS, VMware, Data Dimension and CenturyLink, Rackspace has seen a decline in its revenue.Noteworthy in 2013 – Rackspace goes full steam with OpenStack offerings on its public cloud

It’s been a busy year for Red Hat. With increased focus on RHEV, OpenStack and OpenShift, Red Hat is now well positioned to play the bigger game. It is clear that Red Hat wants to repeat what it did to Linux with OpenStack. Just like RHEL became the preferred enterprise distribution of Linux, Red Hat Distribution of OpenStack (RDO) is positioned as the enterprise-ready OpenStack distribution. Among all the members, Red Hat is most active contributor to the OpenStack momentum with the maximum commits from its developers. Red Hat’s PaaS offering, OpenShift has moved to its second version this year. With all the concerns of Cloud Foundry getting forked and Pivotal launching the commercial version, OpenShift is positioned as the true open source PaaS. This year also saw RHEL being offered under the AWS free tier.Noteworthy in 2013 – Red Hat tries to repeat the history with the launch of commercial OpenStack distribution.

This year, Dreamforce was a big show of power from the SaaS leader, Salesforce.com. If AWS is king of IaaS, SFDC is undoubtedly the SaaS leader. But it also wants to be the favorite cloud for mobile and web developers. Salesforce1 aims at simplifying web and mobile development that unlock the power of data that exists within force.com platform. With Heroku1, it also managed to bridge Force.com, the application PaaS (aPaaS) with Heroku, the generic, polyglot PaaS. It is interesting to see that even Salesforce is going to join the OpenStack bandwagon.Noteworthy in 2013 – Salesforce finally bridges force.com and Heroku with Heorku1 initiative.

2013 is the year where VMware got rid of every distraction to stay focused on its core – virtualization and cloud. Having spun off Pivotal with the developer platform, including vFabric and Cloud Foundry, it sold WaveMaker to Pramati, Zimbra to Telligent and SlideRocket to Clearslide. This freed VMware to get the laser focus on the cloud business and the result it shown with its vCloud Hybrid Service (vCHS) platform. Targeting the enterprises, VMware is hoping to stop the threat of AWS eating into their traditional private cloud business. We have to wait and watch if vCHS will be able to make a dent in the public cloud market.Noteworthy in 2013 – VMware launches vCHS to counter the growing threat of AWS in the enterprise.

This is the summary of the major trends from the top 10 players of the Cloud Computing market. 2014 is going to be an interesting year for the cloud ecosystem.

PS - The cloud companies are listed in the alphabetical order