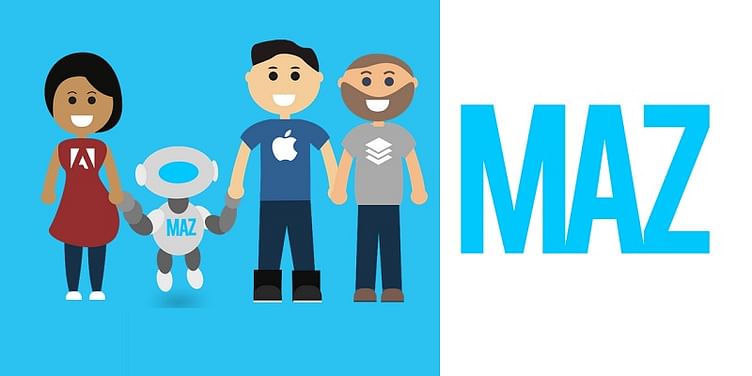 In the last 25 years since the web has been around, we have always shared web content the same way -- by copying and pasting URLs. This is what MAZ is changing.

The New York City-based startup founded in 2010 by former Apple and Adobe designers and engineers is revolutionizing the way people share and consume content on mobile. Simply put, MAZ is a digital publishing platform that allows print publishers to easily and affordably publish to tablet devices. Companies like GENWI and Magzter, which have Indian roots, are pioneers of the online publishing and MAZ has taken that tally forward.

MAZ has its business center in New York and its technology center in Noida. Here’s an account of the four years of the company and its journey so far.

Create apps for your publication without coding!

Shikha Arora, founder and CTO of MAZ, said, “Our product Stream is a smarter way to create an app for your publication and manage the content without any programming. Publishing, technology & user experience are ingrained in our DNA. With Stream, we want to change all of that and transition into a world that’s more visual and beautiful, without having to interface with all those ugly old URLs.”

The social product Stream also allows anyone to "cut out" anything on the screen to share or save it. Stream is available in apps published by ‘Forbes’, ‘The Economist’, Star and hundreds more, as well as Stream Web, a new gesture-based mobile browser.

Shikha further said, “Stream Web is the first step towards a new paradigm for the web, one that is mobile first: gesture-based, visual, social, and super intuitive. Stream Web can be used with just your thumb -- all controls from entering a URL to rearranging tabs -- available from the bottom access bar. It’s the first browser in the world to make social sharing seamlessly integrated and super intuitive.

The addressable market for MAZ includes a tablet or a smartphone user who even uses it minimally to browse the internet.

An opportunity to create something

Shikha was working as a senior developer at Adobe for a couple of years but wanted to work towards building something that could make a bigger impact. She recalled, “It was around the same time that the first iPad came out, and I saw it as an opportunity to create something that could be really beautiful, did not need a huge budget, and could make a difference in people’s lives. With that in mind, I got together with my two co-founders Paul and Simon, and we founded MAZ, releasing our first iPad-based content publishing product called MAZ Publishing. Today, MAZ has a varied range of products on the publishing end, as well as a standalone web browser for mobile called Stream Web.”

MAZ was Co-founded by Paul Canetti, Simon Baumer and Shikha Arora. Paul is a designer and creative director by trade who worked at Apple before MAZ, and Simon worked as a web backend developer for multiple startups. Shikha cited an interesting fact, “It is really incredible, but the three of us met each other on LinkedIn; we cannot stress enough the power of social networks in today’s world. The way we came together had a lot to do with why we felt inspired to make such a socially aware web browser. And then we have our aMAZing team of talented people from Adobe, Apple, Amazon, Yahoo, etc., at both our India and US offices.”

According to Shikha, “India is still new to the concept of startups, and product startups are even rarer to find. In the beginning, when we began hiring people, it was difficult to help people understand the potential and the dynamics of a product-based startup, where revenues do not necessarily start coming in from day one. In India, people only wanted to work for companies which were either huge or at least cash-flow positive. It was a learning experience for me to hire the kind of people who have the right attitude and mindset for a startup like ours.”Being a mother of a six-year-old, Shikha finds it exciting to have learned so much about running the two most important endeavors of life, in parallel.

Streaming its way to the future

Like any other growing company, for MAZ too, every few months seem even more exciting than the last. Shikha said, “We have been in the B2B space for years now with our successful publishing platform, and now we’ve released a web browser (Stream Web). We’re getting a great response from the people using these products, and we plan to continue innovating around Stream moving forward.”