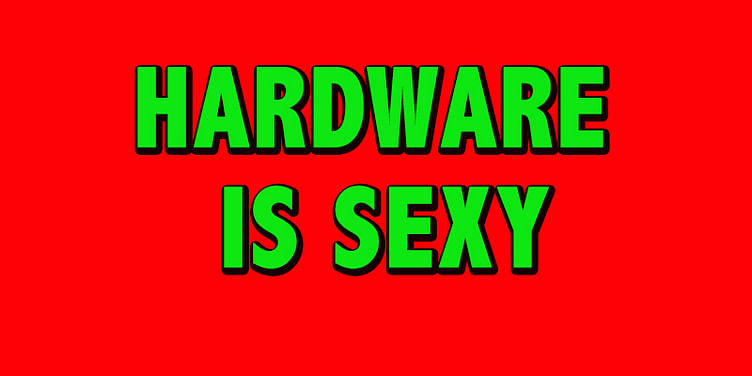 ‘Hardware is not the new software’, and putting together a hardware team to make a real tangible product requires dedicated effort.

Hardware is an emerging sector but is still the most difficult one to scale in India. Moreover, there is a dearth of hardware accelerators or incubators in India that stalls the hardware community here from flourishing.

However, in this post Kickstarter era, we are noticing some good hardware startups emerging from India.

We present interesting hardware startups to look out for in 2014.

Grey Orange Robotics is a young robotics company specializing in the next generation of warehousing and distribution automation products. It is witnessing significant interest from the industry in adopting its warehousing automation technology – spearheaded by its proprietary Butler System, which enables goods to reach warehouse personnel.

Grey Orange’s system works via proprietary machine learning and swarm intelligence algorithms. With global trends like automation and digitalization impacting every aspect of today’s industrial supply chain, advanced and hi-tech warehouses are the demand of the present industrial age.

They have raised Series A from Blume Ventures and Tiger Global a few days ago. The funding amount is estimated to be close to INR 54 crores.

Wello is an iPhone accessory that created waves across the Internet when it was launched on last week. Wello is primarily a health-tracking device that doubles up as an iPhone case.

Wello can measure and track your blood pressure, heart rate, ECG and other such functions that were not considered possible for an individual to do at home. It’s priced around INR 12,000.

Hailing from Ahmedabad, Hamish Patel is the man behind the device along with co-founder Ami Karnik. It was in 2009 when Hamish founded Azoi targeting the consumer electronics space. Azoi is a 40-member team mainly based out of Ahmedabad and Gurgaon in India.

CarIQ is a plug ‘n’ play device for cars. The device comes with an in-built GSM technology and it collects data from the car without any intervention. This data is then sent to the cloud where it is processed and users can receive the result over the web or smartphone apps.

It's hardware collects data from various electronic systems in your car such as the engine, ABS, air bag system, among others and sends information about service requirements, critical alerts, engine health, driving data, and fuel economy.

It is supported by the entire major car manufacturers like Toyota, Mahindra, Tata, Hyundai, etc. manufactured after 2008.

This device is being made in Pune by experienced team with Sagar Apte leading it. The device is available on a pre order for INR 5999 for a two-year subscription.

CarIQ is likely to hit the critical mass of pre-orders in a few weeks and will start delivering 45 days post that point.

Swipe has a range of 23 devices in the tablets and phablets space, including the first 3D tablet and the first tablet customized for kids in India, offered within the price range of INR 4000-15000. This is a massive success story with major global players like Apple, LG, Samsung, Micromax, etc competing with Swipe.

Shripal Gandhi and Aman Gupta started Swipe along with a five-member team in 2012. Now it’s a 100-member strong team based in Pune.

They have raised INR 30 crore in funding from Kalaari Capital to help them increase their market share.

Ezetap is transforming the way merchants and consumers transact in emerging markets like India and Kenya. They are soon expanding to other countries across Asia and Africa.

The Ezetap offering is an end-to-end service that includes a mobile card-reader, a configurable mobile application (that works with both feature phones and smart devices), and a flexible platform that allows Ezetap or any third party to build and turn on value-added services that are tightly integrated to its core payment service.

Based in Bangalore, the company was co-founded in 2011 by an expert team with prior experience at ngpay, Intel, Sharp, mChek and India’s UID project.

Prior to starting GOQii, Vishal Gondal had founded IndiaGames, one of India’s largest online gaming developers, which Disney acquired in 2011 for $100 million. It has just released its beta in India for a select few early users and will expand to the United States, United Kingdom, UAE and Singapore in phases, as GOQii builds up its capacity. The GOQii’s wristband itself is free, but the service will initially cost $99 for six months or $179 for a year.

GetActive is one of the earliest products from India to venture into wearable healthcare tech devices. It’s a TechSparks TECH30 startup.

The company has already launched its activity tracker, GetActive Slim in the market and the wristband, GetActive Tapp, will be out soon. The device is essentially an entry touch point to the user and it is the engagement platform that defines GetActive’s key value proposition.

Given Mohammed’s (Founder) experience of over two decades in the healthcare tech industry and understanding of consumer behavior, GetActive has made a good start with over 10,000 devices sold in the first year.

Teewe is a device which aims to disrupt the home entertainment industry. It enables consumers to watch digital content like movies, TV shows and live streams on their TV. They are focussed on building a connected experience so one can enjoy hassle free TV experience from anywhere in the living room. It's a MobileSparks 2013 company.

The team behind Teewe is very obsessed about making great electronic products for the affordable market. They are working towards a connected home entertainment experience definately the next step in the smart life evolution.

Its very small but enthusiastic team working hard in a market where Amazon, Google and others are competing along with them.

Lumos is an amazing example of how opportunity presents itself to the most unlikely of people. This Bangalore-based startup makes solar bags and suitcases that help you charge your phones on the go with solar power.

It was started by IIM Bangalore graduate Gandharv Bakshi, who quit his job at Tejas Networks to start working on these solar powered bags. His wife who is a NIFT alumnus has helped him make the product look appealing.

The startup has launched two ranges of bags targeting the biker and trek audience. The backpacks are priced around Rs.5000 and come in different colours.

They have raised funding from Google India MD, Rajan Anandan. The size of the investment was Rs 25 lakhs, in return for 10% equity, which would be raised to 15% if the company failed to make sales worth Rs 60 lakhs in the coming year.

Brahma3 is a made-in-India 3D printer which Nikhil Velpanur and Arvind Nadig have been working with their team in Bangalore. It is also the first 3D printer with an Android operating system

Brahma3 has a large build volume (240 x 240 x 240 mm) and can print objects the size of a football. It prints in high resolution, achieving a resolution of 50 micron per layer. Running on a 7" Android tablet built into the brahma3, the team wants to bring the ecosystem into the printer eliminating the need to connect a computer to it.

At the INK Conference in Kochi in October last year, they unveiled their first 3D printer, the Brahma3 Anvil, which they built in three months.

ShopSense is a solutions company selling to retailers to improve a consumer’s shopping experience. The retail industry is huge and Shopsense has had a global audience from day one. Their implementations are in India alone for now but they have started getting a lot of interest from brands in the Middle East through Dubai and in London as well.

They have three products -- Match, React and LemurTM, which enable retailers to improve the shopping experience. The company has some marque clients like Lee, Satya Paul, Anita Dongre, Flying Machine, Arrow and US Polo Association. But their biggest implementation has been with Salman Khan’s Being Human chain of stores.

They have raised a seed round from Kae Capital and Powai Lake Ventures. Zishaan Hayath is one of the investors from Powai Lake who introduced ShopSense to a person from Being Human. He is also an early investor in Ola Cabs and Housing.com.

Diabeto is a non-intrusive Bluetooth enabled device that connects to a glucometer and transmits data to your mobile. The device can transmit to any diabetes mobile application. The free Diabeto app will also have multiple utilities that can check your blood sugar levels, give history, suggest diet and notify the physician etc.

The Diabeto app will be free to download and use but to get the full features one will require the bird shaped hardware device they have made. The team has created a judicious mix of technology and applied it to a problem that plagues many people the world over.

They have raised an angel funding from Amir Shaikh, founder of Yousendit.com. The team was also part of 5th batch of the Startup Chile program.

There are many other startups -- PluggX Labs, Silvan Labs, Prince LED, Gecko, Notion Ink, BioSense, Fin, Umbrella Protection that are also trying to make success with their hardware.

We hope that this hardware revolution in India is for real which will go on to inspire many.

Let's hope 2014 is the year hardware gets its sexy back.