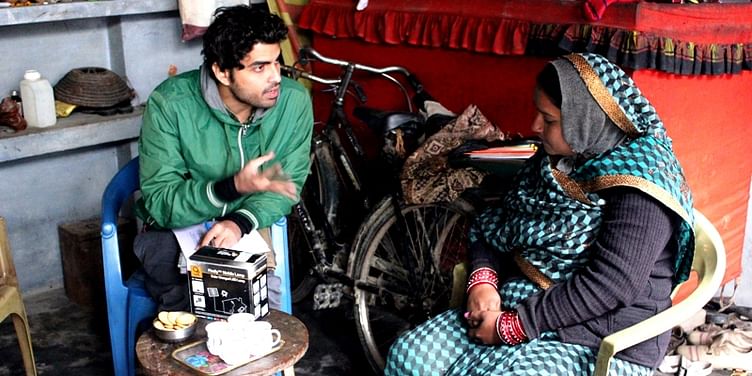 The bottom of the economic pyramid is rarely a market that companies explore. To quote Rodney Crowell, and my friend who sells hot dogs in Milan, ‘ain’t no money’ there, but only a minefield of risks.

At least, this is the assumption that commonly prevails in the high business sector, where it is normally believed that BOP consumers not only lack purchasing power, but are also unable to discern the type and quality of the products they need. Yet, a new approach to the topic based on ‘jugaad’ principles has started gaining ground and questioning these preconceptions. Scarcity has become for many the opportunity to create value and employment.

In 2005, the provider of solar products Barefoot Power, headquartered in Australia, had started targeting BOP markets in few African states. Now, it operates in 33 countries, and is expanding. The Indian branch was launched in 2012 and its success has been remarkable.

Sixty per cent of the 3.7 billion people in the world that are at the bottom of the pyramid live in India and China. This is probably one of the most determining factors that led Barefoot India to become profitable in just two years.

Vernie Sannoo, Managing Director of the company, says that Barefoot Power products – which are designed in Australia and manufactured in China –are sold in 15 states in the country, including Maharashtra, Tamil Nadu, Chhattisgarh, MP, UP, Orissa, Karnataka, and Jharkhand.

Barefoot Power’s system is based on five simple principles:

This system has helped the company to cut down significantly onoperational costs. “Operationally, we have a small team of 8-10 people, so our expenditure on manpower is very low. We invest more in training people in the rural markets and on helping them scale up,” points out Vernie.

A key element in Barefoot Power’ s success is the stress on partnerships, as opposed to building company operations. “What we really need is to build the end consumer’s confidence; otherwise we spend too much on marketing and on giving demos in last mile mum-and-pop stores. We chose partners who enjoy the confidence of their rural consumers and, mainly for this reason, the gestation period between showing a product to a consumer and convincing them to buy is not very high with us,” explains Vernie.

Partnerships help in overcoming the main challenge in this business, namely the costumers’ ability to pay back the loan, says Vernie: “By involving other entities like corporates, banks, and other institutions we make sure that money moves effectively from the source to the end consumers, and then comes back.”

Barefoot Power India now contributes 15 per cent to the overall global revenue of Barefoot Power. Vernie adds that this is only the beginning and his team is in the process to raise debt funds, which will be used to expand to Bangladesh and Nepal and go deeper into the Indian market.

Vernie concludes that, “Today our confidence level is much higher so we’re planning to expand the product line for more aspirational customers; whereas earlier we were redesigning and re-pricing our products to reach out to the lower-end segment of the market”

Including the bottom of the pyramid into global market is important because it distributes resources and opportunities to more people creating an alternative means of development. Nonetheless, this market has only recently been explored and ethical issues related to the cultural, social, and economic condition of consumers will always need to be considered. Pricing, advertising, choice of products to sell in BoP markets have been controversial questions for other companies who had targeted this socio-economic segment. Barefoot Power has grown 300 times more than what it initially expected. This does not only indicate Barefoot Power’s success, but also their responsibility in creating additional value from their business. Grassroot human understanding, creativity,and jugaad will definitely help.