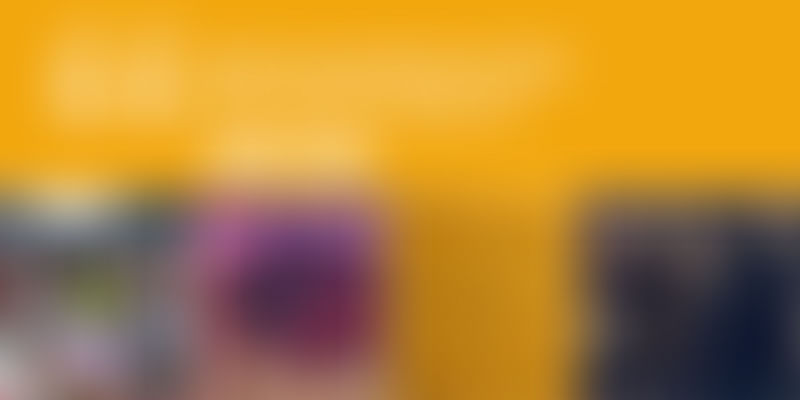 When you think of an ‘artist,’ your mind quite naturally drifts into an air-conditioned, marbled gallery where an elite urban class of abecedarians and connoisseurs clink wine glasses and dissect every arbitrary stroke in a painting. Seldom do you think of the boy doodling in the corner of a classroom, or the girl behind a computer screen.

In the West, you have names like David Lloyd, Robert Williams, Robert Crumb, Tim Sal, Jim Lee and Al Jaffee that ring bells of familiarity around the world. Still, there’s a ruthless apathy with which we look at our cartoonists, graphic designers and digital artists.

Here at YourStory, we decided to trail the Internet to find artists, all self-made, to talk to them about what it means to be an artist in this nascent industry, and the challenges they face in this profession.

“I don’t remember the time to ever have been out of graphic art to specify when I really got into it,” says Deeganto Joardar, a freelance artist and architecture student. “I’ve survived (luckily enough) 23 years on this beautifully horrifying planet with (imaginary) guns blazing through the way.” The proverbial seed of artistry was planted by Deeganto’s mother, also an artist. He was taught animation and the technicalities of anatomy by Ajit Rao, a multi-talented teacher, artist, cartoonist, architect and animator. After starting his own Facebook page, he gradually began getting noticed by friends of friends, and eventually companies hoping to avail of his talents.

Deeganto’s greatest challenge has been to balance his education and art. “It’s very difficult to turn down really interesting projects when you’re tied up with a lot of projects on your plate,” he says. Work is constantly pouring in, so Deeganto’s perception of where the industry is headed is different from some of the other artists. “I think I can see it build up, actually. It’s not been that hard for me- with a lot of chance opportunities being in the picture. I can see how hard it would or could be without them.”

If there’s a token of advice he’d share with other budding or hopeful artists, he says, “Keep exploring and experimenting different forms of art out of your comfort zone. And always, always ask for an advance before starting anything.” In a cruel testament to how artists are taken for granted, and their skills thought little of, he says, “A lot of clients don’t end up paying.”

Abhijeet Kini is amongst the more popular artists in India. From a very young age, he drifted towards comic books like moth to a flame. “Ever since I can remember,” he says, “I loved doodling on paper sheets, newspapers, postal envelopes and various other surfaces (except the walls of my home!).” Between collecting comics and doodling, Abhijeet gradually became more focused on pursuing art as a profession. “It’s the best way I can express my thoughts and opinions. There’s nothing a drawn comic can’t emote.”

So how did Abhijeet Kini Merchandise come to be? “We officially call this Kini Merch, now,” says Abhijeet. A thriving business, it was his wife, Diksha, who first dabbled with the thought. Today, she handles the business side of art, while Abhijeet’s mother has invested in his business.

When Abhijeet first started out, production and vendors were his biggest concern. “Diksha had her leads and contacts, but we constantly needed to get in touch with new people depending on the new stuff we would plan, to extend our catalogue.” Getting your brand known takes an extra effort when your products have a niche market. “Currently, we have collectibles like coasters, magnets, mugs, mousepads and other such products, and we have comics. Comics are another point of concern when it comes to distribution in India. It is seen as children’s content, while it may or may not be. It can get as adult as possible. I write, draw and publish adult comic series like 'Angry Maushi' which are definitely mature in content.”

The fact that comics are still seen as childish media by many keeps people from reading them. The process and tecniques that go into creating a comic are lesser known. Yet, platforms like Comic Con India have begun to expose the masses to this industry. “But overall, in a society where being a doctor or an engineer is being successful, a career to do with art is seen as something unheard of.”

Clients tend to be unaware of art and art styles, too. “A common comment one gets to hear from a client is, 'Here, take this reference image. We want our artwork to look exactly like this.' This is annoying and I refuse doing such projects. Also, one needs to keep updating his or her portfolio and showcase in order to keep up with the times and keep ahead of the competition.”

Abhijeet’s advice to upcoming artists is to never buckle down under the pressure. “Stick to what you like to do and you’ll see you enjoy earning your bread and butter… something not everyone can say.”

In full Bengali fashion, Charbak Dipta is a deeply philosophical man from Bongaon, a border city near Bangladesh. A self-described storyteller, traveller and dreamer, he moved to Delhi to be an artist after he completed his Master's in Philosophy from Jadavpur University in Kolkata.

“I was supposed to be a lecturer in some university,” says Charbak. With no formal training, art was never supposed to be his profession until he freelanced as a cartoonist at the ‘Times of India’. Five years ago, he says, "I did not have to struggle to develop this particular style. It's just an extension of my personality." The name Charbak, his brand, too, means 'one who speaks nice words,' and the name of an atheist and hedonist school of Indian philosophy. Charbak continues, "Due to the f*cked up education system of our country, if you're not a doctor or engineer, your life is ruined."

But Charbak was lucky to have parents that supported his choices. Still, he says, "Professionally speaking, India does not have the market for graphic art that the US or Europe have. Thanks to people abroad who love my works. Due to them, my works sell all over the world now."

Charbak argues that we've come to a point where cricket and cinema are the only two things that generate interest. "Even if people talk about art, they mean painting. And even if discussion on comic art comes on the board, it's all about American superheroes or their Indian imitations."

At the same time, Charbak feels it's possible to be successful in this industry without struggling too much. It's a matter of getting recognised at the right time and for the right reasons. "If you can deliver something fresh and original, you won't have to struggle to be a professional. I think it is true in any profession, not just for an artist.

I would like to tell them [artists] to be original. Not to copy others' works. That is the mantra, at least, for me."

"I have always been a visual person. Since I was a child I had this fascination for forms and shapes. Every time I read a story, I would get these fascinating images in my head. I'd begin to sketch them down on paper. Over a period of time, I was able to create complex visual structures that allowed me to interweave many messages within a single visual structure, thus creating a sense of narrative in each of my artwork."

That's the short and sweet of how Rohit Soni became a graphic artist and cartoonist. What began as a hobby, where he'd doodle on everything around him, turned into a profession when his friends encouraged him. "I joined NIFT, and then went to IIT, Mumbai. Both these institutions helped me shape my design and technology sense, and improved my aesthetics." At events and exhibitions, Rohit transforms his art into a live performance to background music. "Initially, these small performances made my art accessible to people. Soon, people started suggesting, participating and asking for more. This is when my journey began as an artist."

Eventually, with more name, projects began to pour in, besides the demand for Rohit's own work. This was interesting, because, according to Rohit, a lot of graphic work in India still continues to be heavily borrowed from the West. "There was fascination with it because it was from outside of our cultural realm; it didn’t reflect our own social and cultural semiotics. There were only a few Indian graphic artists to look up to as mentors. That was a challenge. However, looking back, I feel that lack of a mentor actually helped me create my own unique visual style, too.

"Every artist has only one challenge that he faces constantly all through his life and that is: inspiration. There are days when I cannot draw even a single line on the sheet of paper because I have nothing to draw. An artist without an inspiration is like a body without soul."

Even though graphic artists have access to the same technology as their Western counterparts, the industry hasn't evolved as fast as it should. "But we’re getting there," he says. With all the satisfaction of being an artist also comes the disappointment of having society label the work 'not professional'. "You won't find any Indian parents saying, ‘Oh! We would like our child to grow up and become an artist.’ It’s not even considered good for a 'marriage bio-data.' " The irony here is that India is a nation with one of the most ancient and culturally rich and diverse history of art. Yet, there's a hesitance to value graphic and digital art the same way. "Over a period of time, art became an elitist hobby that made the general public disconnected from it. As an artist, my struggle is to penetrate the social order and make my art reach more and more people, and engage a wider audience."

Through his own struggles and experience, Rohit lists down four important decisions that have helped him carve out a niche for himself. He says,

"Be Persistent: Being an artist is good as a hobby, but it's way more satisfactory as a profession.

Be true and original: Many artists inspire us, but being original will make you an inspiration for many.

Work for money: The notion that artists don’t work for money is a myth. If it’s not for money, then how else do you value art? Never do anything for free that you are the best at. Now, imagine being the only one to be able to do it!

Deeganto, Charbak, Rohit and Abhijeet form a small slice of a large, vibrant and fiercely talented group of 21st century artists who've made the decision to not just row against the tide, but change the course of a stubbornly orthodox river. It takes a certain kind of passion and dedication to art and yourself to turn away from the world's expectations of success - to change the very definition of what it means to be happy and successful.

In our endeavour to bring you the least-told stories of India's dreamers and doers, keep an eye open for the 'Origin Stories' of our neighbourhood artists, doodlers and cartoonists.