As per an exclusive agreement with Sea6, Mahindra will market Jingo across the country through the distribution network of its Crop Care business which has a network of over 1800 dealers across 19 states, the company said.

According to PTI, the agreement is for an initial period of nine years, it said in a release.

'Jingo' is a technologically advanced crop yield enhancement product developed by Sea6, a Bangalore-based start-up founded in 2010 by several alumni of IIT-Madras. It is currently being incubated by the Centre for Cellular and Molecular Platforms.

It would initially be made available to domestic farmers in 1 litre and 500 ml packaging and can be administered to crops in a number of ways such as through a foliar spray, fertigation/drip systems or through soil, and seed and root application. The general dose per acre is 750 ml.

The release said field trials of 'Jingo' have shown encouraging results when used on crops like paddy, wheat, soybean, potato and sugarcane as well as all vegetable and horticultural crops like grapes, banana, mango and citrus fruit besides plantation crops. 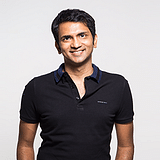