Swimmer Parita Parekh takes to entrepreneurship like a fish to water 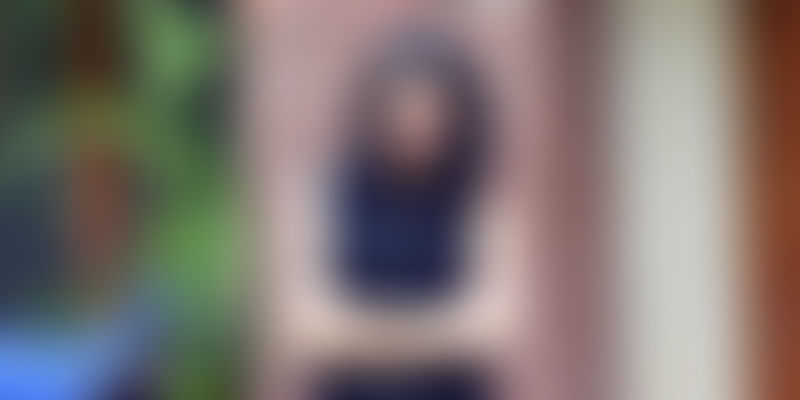 (You will be rich and famous if you study, and reach nowhere if you spend time on sports and games.)

If you were born in the 80’s or before you will know this saying by heart. In India sports and academics have been at two ends of the spectrum and it has usually been the question of either or? It is often assumed that if you are good at sports then you will not excel at academics.

However, there are a few exceptions to the rule and Parita Parekh is one of them. A record breaker be it in the swimming pool or in class, Parita has excelled at both.

Early this year, she co-founded the WonderBoxx, which helps unbox the imagination of children through age-specific learning tool-kits. “Research proves that active play is at the core of innovation and creativity. Children today are overly exposed to technology, as opposed to our generation their process of self-discovery is not as innovative and fun as ours was. WonderBoxx attempts to change that,” she says.

HerStory spoke with Parita about her swimming championships, education and the many joys it brings for the kids who she plans to reach out to through her venture.

Parita learned to swim when she was three. “The swimming pool has literally been my second home,” she says. By the age of 11, she had started winning medals at national level competitions. She has represented India at 4 FINA World Championships, Afro-Asian Games and two South Asian Games.

Six years ago due to a ligament injury she had to stop swimming but she proudly shares the information — that most of her records are still intact.

A family of educators

Parita’s family runs the Ahmedabad International School and that is where she studied.

A top student and an accomplished swimmer, she went on to graduate from Brown University, US, where she did extensive research in anthropology, political science, history, and religious studies.

A voracious reader, Parita’s interest in politics led her to become a founding member of the Citizens for Accountable Governance. She was also a part of Prime Minister Narendra Modi’s election campaign. As part of the campaign trail, she travelled to remote parts of India, such as interiors of Uttar Pradesh, Bihar and Orissa and gained perspective on how India thinks.

After the election campaign she has also been working as the Director of New Initiatives at Ahmedabad International School. In this capacity she is implementing several innovative programs for hands-on learning, learning through technology, story-telling, learning through theatre and theory of knowledge clubs. “This experience has helped me a lot in WonderBoxx as well,” she says.

Her fondness for children, discipline and perseverance developed as a sportsperson clubbed with great role models within her family of educationists and entrepreneurs, has naturally attracted her to do something individualistic and impactful.

WonderBoxx has a subscription based model, with 3 months to 12 months subscription available to customers. Each month a new box arrives and the option of a single box is available online.

The team comprises of 15 people. Parita is the creative mind behind WonderBoxx. She is the head of product development and innovation.“Having worked closely with children I understand what would appeal to them as an instructive fun tool and at the same time aids their learning. The real challenge lies in coming up with unique ideas month after month and that’s where I come in. I lead a team of three curriculum developers, two product designers, and three graphic designers to ensure that what we deliver to the little ones every month is filled with opportunities for exploration, creation, and pure joy.”

Leaving a lucrative job, building plans, and hiring a team that shared the vision, was a challenge. Then there were other challenges like finding great talent, growing fast and maintaining good unit metrics. All the challenges have been worth it. Parita says, “When I see how excited children are when they play with our products and how its changing the way they think, I feel like it was all worth it. We’ve been lucky to have found like-minded people who believe in WonderBoxx as much as we do and people who share our vision.”

Parita’s business mantra is to – “Solve meaningful problems and create products at a quality level that I myself would love to buy them.”

To ensure this one has to think like a child according to her. Talking about why they get repeat customers, she says,

The key is innovation. We never repeat a box and every single component in each of our boxes is crafted keeping the child’s cognitive development in mind.

With the support her family and her team provides her, the desire to see her little customers awed, amazed and genuinely happy when they open the boxes every month is all the motivation Parita needs to keep going.

As for the future, they plan to expand their customer base and position WonderBoxx as a market leader in this segment. Parita adds, “Also we’re in talks with investors and will be closing our first round of investment this month. We would like to take WonderBoxx to other countries.”