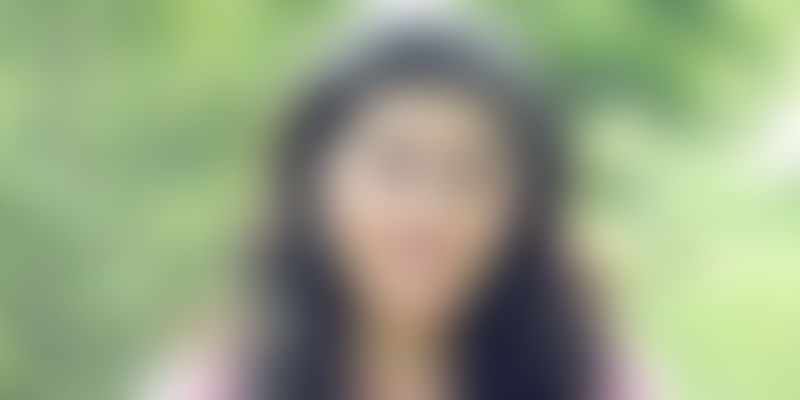 Life throws up challenges when we least expect them. Shweta Soni’s story is no different. She was a complacent housewife with no worries till her husband had a heart attack. A turning point in her life, it was her first step towards entrepreneurship.

Shweta started Amber Jaipur in 2013. She wanted to address the huge gap she found in the kids clothing segment. She makes western outfits with Indian hand blocks. Her Indian line comprises of lehenga choli for girls and kurta pyjama, shirts and nehru jackets for boys. Shweta started with a masterji (tailor) and a sewing machine she borrowed from a friend in Jaipur.

“Today in 1.5 years I have eight employees and eight machines. I plan to take this up to 50 in the next 2 years. I started initially with a page on Facebook and to my surprise started getting orders from the small set of people who were on my Facebook page, big motivation came within two months when an Australian company saw my collection and called me to place my first international order.”

It was not the lack of ambition that stopped Shweta from being independent. She grew up in Shahjahanpur, a small town in UP. A good student, she was also very creative. “But in the 90’s, creativity was seen as a hobby. All the emphasis was on studies and becoming either a doctor, engineer or IAS.” Shweta ended up with Science in the 12th and felt completely lost. Her grades went down. In the whole process her creativity was sidelined and completely ignored, she began to perform poorly, lose interest in studies and her confidence continued to plunge.

She decided to change her stream and did her graduation in Fine Arts from Jaipur where she lived with her maternal grand mother.

I had somewhere lost the interest of becoming something in life. And then like so many Indian girls I got married and talent and creativity were forgotten.

Living in a small town without any exposure, being married at an early age, living in a time where there was no internet and entrepreneurship was not known, limited the scope of doing something. “The maximum we had heard or seen was some aunty or women having a small boutique of their own and that used to be a big deal. And parents concern was more for the marriage than your aspirations. Growing up in that kind of environment made me feel that a woman’s job is getting married and raising a family. I would call that my biggest disillusion.”

The bubble in which Shweta was living burst and the moment of reckoning came on the night when she realized her husband was in the throes of a heart attack. She drove him to the hospital and the doctors managed to save his life. Given that her father in-law could not drive and she was not a good driver, it was a very scary situation for her to be in. Recollecting that night still brings tears to her eyes.

Those five to six days in and out of the hospital and home, I suddenly had to take a lot of decisions. I had to take charge of every thing. I held on, even though I was emotionally and physically wrung, I never cried before my kids and in-laws.

Her husband’s illness had left her with no option but to take charge. Even after he came home and continued to recover, Shweta took care of him, his work and the household. “There was so much to do that I realised I can be a strong person in a difficult situation. I just have to have the confidence.”

For the first time in life Shweta realized that she had to be independent.

“I think my biggest challenge was to convince myself to start my own venture. Everything else after that was a small challenge.”

She had never worked in her life, money was an issue but the bigger problem was her level of confidence. She did not feel confident about herself. She started nevertheless and slowly when her designs began to be appreciated her confidence in herself and the venture grew as well.

My first advice to every women is to at least give it a try. You will never know what you have in you until you try. Had it not been the bad circumstances in my life, I would have wasted my talent, my passion and most importantly my identity. People should know you by your own name rather than by your husbands/fathers name.

Taking this learning to the next level, Shweta says that as women when we speak of equality, it has to be a two-way road. As women we should be equal in terms of supporting our men be it father, husband or sons

be it financially, mentally and/or emotionally.She draws strength from her husband who is helping her with her venture and her two kids. She feels proud when she sees them wearing her designs.

“You will always be motivated if you do what you love and no it is not a cliché, “ she retorts. She loves the fact that she does not have to drag herself to office or compromise with her designs, and she can do what she loves.

Customer appreciation motivates her to do better but Shweta still feels that she has not made it to the big league of designers. “I am sure I will reach there, I don’t know when but one thing I do know for sure is that I would have even thought of being there had I not started in first place.”

Though Shweta wants to spread her wings and fly high, her dream is simple. “I don’t want to be a famous designer. I don’t want people buying my dresses for obnoxious prices. I just want my clothing line to be present in most of the stores in India and abroad at reasonable rates. I would want all the kids living abroad to wear Indian designs. I want my brand to be a global brand,” says this entrepreneur.