NEWS, Kolkata is engaged in providing solutions to the threats faced by Sunderbans 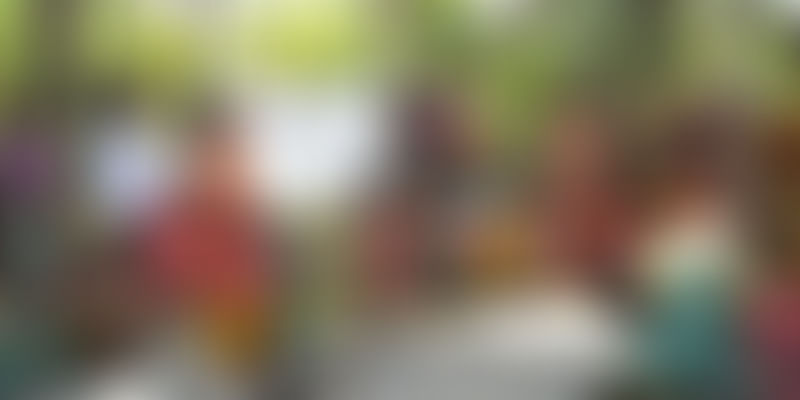 The Sundarban delta, the largest mangrove ecosystem of the world is the only one that boasts of the largest floral and faunal diversity that houses the critically endangered species- the Royal Bengal tiger. There are 102 islands of which 58 are inhabited and 48 forested. About 5.1 million people live in the villages in Sunderbans around the fringe areas of the forest.

Though agriculture is the main source of livelihood of the people living here, due to mono-cropping a large number of the population depend on the forest and forest products such as prawn-seed collection, unscientific fishing, wood cutting, illegal honey collection and sometimes even indulge in poaching and illegal wildlife trade thereby threatening the tiger and other endangered flora and fauna. It’s a dichotomy. On the one hand a majority of the people that live here fall far below the poverty line and on the other the fragile mangrove ecosystem along with its unique biodiversity is facing a severe threat.The trouble shooter

Working tirelessly to resolve the threats faced by Sunderbans since 1991 is Nature Environment & Wildlife Society (NEWS). NEWS, one of the leading NGOs in Eastern India, has over the years helped conserve the wild life species of the area, mitigated tiger straying problems, helped to protect the embankments of the Sunderbans and regenerated 5,000 hectares of mangroves through the active participation of local villagers.

A band of stalwarts including Late Adhip Sarkar, former President of Ananda Bazar Group, Late Kalyan Chakraborty, former Conservator of Forests and Biswajit Roy Chowdhury, a former lawyer joined hands together to start NEWS in 1991. “NEWS” says Biswajit Roy Chowdhury, “is committed to engage people in alternative and sustainable livelihood who are mostly dependent on threatened ecosystems and to enhance their participation in the conservation process.”

Biswajit believes that one ecosystem is one planet and says, “Humans as well as every other organism are dependent on their environment. Every living and non-living components of an ecosystem from plants to microbes to man is linked together in a complicated web. Community is also an inevitable part of the Eco-system and plays a definite role to maintain it. Little or no knowledge about the surrounding environment leads to unmanaged utilisation of natural resources for livelihood which in turn becomes a threat as it breaks the balance in eco-system. To combat this, NEWS has been doing extensive awareness and introduced methods which are sustainable, environment friendly and indigenous. The methods are 100% natural. Low cost-high productivity is ensured. The community is involved, so that they can understand the necessity for the protection of the forests and the coast lines. NEWS is also trying to introduce integrated farming. In this way, not only the ecosystem is restored, but the local people are also getting benefited.”“Conservation and community should go hand in hand,” believes Biswajit. “Any conservation work is a challenge for sustenance and maintaining the continuity of the work. The forest fringe people are mostly benefited from the local resources. To use these resources sustainably over years and to ensure that the future generations can use them too, it needs to be protected and conserved. These forest fringe communities can conserve the resources by taking up ownership and participatory actions. As a part of the programme, with decision making and leadership abilities, this forest fringe community can be an implementer of the conservation efforts. We guide the community, make them aware about the need to conserve the resources and to blend traditional practices with modern technologies through handhold training and support,” adds Biswajit who is also an eminent wildlife photographer.

NEWS also organizes various Awareness Camps in different parts of the Sunderbans to meet the people and educate them about the environment and conservation issues. “The programmes’ says Roy Chowdhury, “highlights the importance of mangrove which acts as a bio shield against high tidal surges and strong cyclonic winds, how it helps to reduce the ecological pressure, make them understand what is climate change and the effect of climate change on our environment specially on Sunderban region. Besides, one of the prime objectives is to spread awareness among the society for protection and conservation of environment and eco-system.”