Ranjana Naik ‘suites’ herself to an entrepreneur’s role 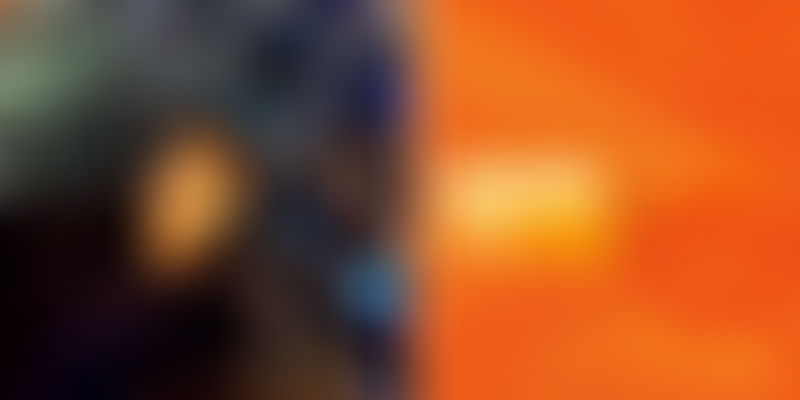 When the going gets tough, the tough get going,

says Ranjana Naik, Director, Swan Suites, Hyderabad. Swan Suites has an array of swanky service apartments across four locations in Hyderabad and Ranjana is at the helm of affairs of this popular venture.

The climb up to this height has been rather challenging for Ranjana. It so happened that she took a service apartment franchisee in 2006 from a former colleague, who was running his business of renting out service apartments in Bengaluru and Hyderabad. Though the first year saw the company get good returns, the business soon saw a sharp decline from the second year. “We were too dependent on them for marketing. That time it was 30 rooms in 10 luxury apartments,” says Ranjana, who literally saw the business slip away from her. The partner withdrew completely from the Hyderabad market and Ranjana was left with her share of 15 rooms in five apartments.

Also the fact that she was associated with another venture, Standard Chartered’s telecalling centre at that time, meant she could not concentrate on this venture alone.

Add to that her daughter’s birth in 2006 and she was finding it extremely tough to manage both the businesses and take time out to devote to her new-born.

Not one to give up easily on anything in life, Ranjana started afresh. “It was a clear struggle of close to two years when I undertook a lot of research in this sector and went about improving my knowledge on managing this sector,” says Ranjana who used to manage phone calls between her daughter’s naps or else take her along to the sites. Finally Ranjana understood the market and the occupancy rate started going up. The upper limit went up to 40 rooms again, a combination of two and three bedroom apartments.

For someone who believes that nothing helps like a formal education, Ranjana applied and got selected to participate in a programme for four months in 2009. Globally, Goldman Sachs sponsors 10,000 women entrepreneurs and in India, the premier Indian School of Business (ISB) is their partner through whom they carry out the programme. This course essentially teaches the selected women ways to grow their business, improve their management knowledge and give them a sharp focus on entrepreneurship.

That is where I met so many other women and networked majorly. I also got a fresh perspective on how to do business, this course certainly did me a world of good,

says Ranjana who only grew stronger from there.

Ranjana is a Life Sciences graduate – born, brought up and married in Hyderabad. She embarked on a career right after and also has a diploma in corporate communications. It was a Sales and Marketing career where she used to sell professional sales programmes to companies but the company shut down after 30 months.

With a pharmacist father and a headmistress mother, her brother was an engineer. “It would have been the easiest route to pursue a career in Education. I however found the concept of buying and selling very fascinating and that was my concept of business early on,” says Ranjana, who then joined NIIT as its centre head.

It was during her NIIT days that she met her now-husband. He was her brother’s friend and quit his well- paying job to start as an Associate for Standard Chartered Bank. “He instantly became my inspiration and I wanted to join him in the business. But he asked me to wait instead for some more time,” says Ranjana who went on to join the telecalling centre in 2000.

“It was during my stint here that I started taking baby steps towards being a thorough entrepreneur,” says Ranjana who was then working alongside her husband under the same division but a different division nonetheless.

Business picked up at Swan Suites

In the year 2009, Swan Suites started functioning in full swing. Business grew and the entrepreneur in Ranjana knew what exactly she needed to do to get a strong hold on the business. At Swan Suites, they started targeting holiday travellers and NRIs besides corporates. Now Swan Suites has a tie-up with 250 companies whose guests stay exclusively in their service apartments. The company now boasts of a good 95 rooms in four different locations in Hyderabad.

Ranjana is clear on her vision – she wants Swan Suites to become the extended hospitality industry’s Taj Hotels.

Ranjana was one of the finalists at CNBC Emerging India under the category ‘women’. She is also a member of Vital Voices, nominated through ISB. She is also a Mentor at Cherie Blair Foundation, which provides mentoring support to women starting up. Her story is one among the 25 inspiring stories of entrepreneurs in India and abroad listed out by Rashmi Bansal in her book, Follow Every Rainbow.

She has a word of advice for all those starting up. Says Ranjana,

It is very important to own up your problems. Often the problem lies with the approach to the business, not with the business per se. Success does not come easy and it comes only with a lot of hard work, grit and determination, it is certainly not that people get lucky,

“All women coming out to work and managing a home is my role model, I know what it takes to run the show at both the demanding places,” signs off Ranjana.