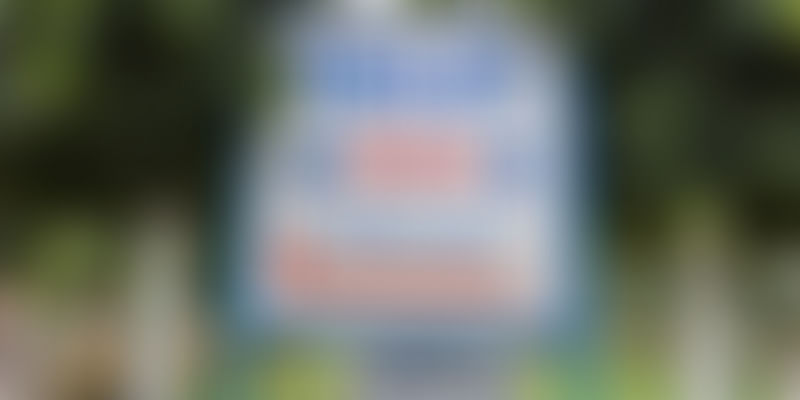 A couple of months ago, heavily pregnant, I walked into a Pizza Hut outlet in Pune. It was not a pizza craving; I just needed to use the restroom.

I remember waiting for the waiters to turn around so I could run back outside without being asked awkward questions. I wish I had known that there are so many toilet finder apps these days.

A lot of women in India face the same problem everyday, but only a small fraction is aware of the plethora of options available to them.

“She can use a PeeBuddy (a disposable paper urination device) only when she is at the toilet, depending on whether it's good or bad, but where is the toilet? That is when we decided to launch an app that will help her spot nearby toilets,” said Deep Bajaj, Founder of PeeBuddy.

Toilet finder apps mostly work just like any other restaurant discovery platform, and presents toilets in a way that people might not have imagined.

Some toilet listings include pictures, features, ratings, and facilities available in the toilet – be it toilet paper or health faucets, while the others just show basic information like if it is a free-to-use toilet or a paid toilet. One common feature in all of these apps is that they use the GPS location of the user to direct them to the nearest toilet.

It is not difficult to find such apps on the Google Playstore – it is full of them. Some of the ones that tend to catch the eyes are Mutralaya, Flush, Swach Bharat Toilet Locator, GottaGo, ToiletFirst, and Susuvida.

Among these apps that help people find toilets are the makers of the women’s safety app, Nirbhaya. They decided to integrate information about public toilets in cities and villages into their app, as they thought it was a basic requirement for women.

“Many women nowadays have to travel to remote areas and step out of the city for work. So this information will be very helpful to them. We have collected locations of all working toilets and this will be available on a map in the app,” said Gajanan Sakhare, CEO, Smart Cloud Infotech, in an interview with The New Indian Express.

One of the biggest challenges is that India has a huge deficit of toilets. Only 32 percent of rural households have their own toilets, according to a survey conducted by NSSO (National Sample Survey Office) in 2012. An additional nine percent may have access to toilets outside their homes.

Over the last few years, there has been a lot of noise about building new toilets. Even Prime Minister Modi announced that over 100 million new toilets will be built in the country, but the real challenge is maintaining them – especially the ones that already exist.

“We want all toilets to become clean. It’s not that public place owners don't spend on toilets, but due to multiple factors micro level monitoring becomes difficult. With the app, they can see what their customers have to say about their facilities and schedule maintenance accordingly,” said Deep.

It is a little better in the urban areas. There are hundreds of toilets available to civilians, including ones in cafés, petrol pumps, large restaurant chains like KFC and McDonalds, but extra information is always a boon. The last thing a woman wants is to get ushered back to the door just because she isn’t a customer.

Some of the apps list public toilets, which are relatively easy to find, but if the app has to do a good job, it must list all toilets open to the public.

For example, the Peebuddy team has dozens of volunteers to find local toilets in Mumbai and put them on the app. They will soon approach corporates and petrol pump owners to maintain their toilets and list them as a part of their service to society.

“If they are really that customer focused and have their standard operations procedures in place ‎to keep toilets clean, they won't have any qualms about listing their toilet on toilet finder apps like Use-Refuse,” added Deep.