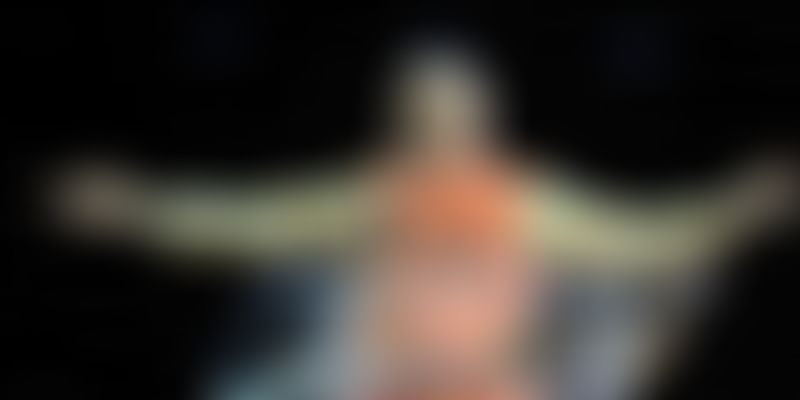 Prime Minister Narendra Modi is going to visit Silicon Valley. It's a simple statement of fact and it should not raise any curiosity. As a PM, he should be going where he thinks India's national interest is served. Yet, a certain amount of aura is already being created about the visit. The place has undoubtedly acquired an iconic status in the last few decades and is probably the most talked-about geography before China became what it is today.

This PM visit is happening at a time when the world economy is facing trying times. The Chinese devaluation of Yuan has shaken the world. What will happen to the Chinese economy and how it will impact the global market and business is the biggest guessing game at this point in time. Many people fear this is going to be the worst economic recession since the Great Recession of 1929. Mr. Modi had emerged as a miracle man during the 2014 elections and thereafter, but recently, despite his Make-in-India rhetoric, the economy is not showing any improvement. The Rupee is going down every day. Corporate giants are losing money. The stock market has seen a blood bath: it is 200 points lower than what it was when he took command of the country. The Prime Minister has already interacted with the captains of the industries and shared his concerns; this, despite there being no movement on the issue of GST and Land Acquisition Bill. So the biggest concer now is if his visit can serve any purpose back at home.

Mr. Modi is no tech wizard like those over at Silicon Valley but he shares a great personality trait with the greatest "nerd" of Silicon Valley, Steve Jobs. Jobs was a genius and a visionary but he was never the most-liked person. On December 12, 1980, much before Jobs became a phenomenon, Brian Howard wrote to Jef Ruskin, saying, "Steve Jobs seems to introduce tension, politics and hassles rather than enjoying a buffer from these distractions. I thoroughly enjoy talking with him, and admire his ideas, practical perspective and energy but I don't feel that he provides the trusting, supportive, relaxed work environment I need." In a land and epoch which was later dubbed as "triumph of the nerd" such jibes never bothered Jobs and he went on to become one of the greatest icons of our times and changed the world. Today, the challenge before Mr. Modi is to defy all the logic and insinuations which are hurled at him to learn a few lessons from Silicon Valley.

Like him, Jobs too was a loner who refused to give his name to his biological daughter. Jobs had a passion for perfection. For him computer and technology was fine arts; pure aesthetics. He was no compromiser. But he was also a cunning mind who believed that the most beautiful and consumable product has to be marketed and sold. When Jobs hired John Sculley, "Silicon Valley did not have a clue as to why anybody wanted to sell technology the same way you sell automobile and soft drinks." Sculley later said, "At this time there was no marketing going on in Silicon Valley. It was not that people did bad marketing, there was none at all."

In the 2014 elections, Mr. Modi had given a mantra to India's Parliamentary democracy that just because a product is good, it is not necessary that it will win; it is important to market it well. He marketed and sold himself like Jobs did with iPhones and iPads.

Sculley was the CEO at Pepsi before he joined Apple. Coca Cola was the patriotic product and darling of the most influential class. Sculley was the first one to recognise the power of the age of ‘baby boomers’ in the realm of product management. He was inspired by anthropologist Margaret Meeds who had observed, "The most important fact for consumer marketers is going to be the emergence of an affluent middle class which will be characterised by today's teenagers… which will have much discretionary income to spend." Sculley sold Pepsi. His worth and talent was recognised by Jobs. Though it's a different matter altogether that the two could not walk together for long it shows Jobs's out-of-the-box thinking and passion to outwit competition. Mr. Modi experimented with this class and, if we remember, during the 2012 Gujarat Assembly elections, the BJP specially used the term "new-middle-class". Later in 2014, he sold politics to teenagers and returned triumphant.

In Indian politics, Mr. Modi has emerged as a strong embodiment of ‘counter-culture‘. He had succeeded to begin with. But success of post 60s American dreams symbolised by Silicon Valley lay in constant innovation and creative competition. It was a revolution brought by the ‘sex, drugs and rock 'n' roll generation’. As Luke Dormehl says in his book The Apple Revolution, "What this generation was searching for was the creation of a new Jeffersonian democracy based not upon equal distribution of land but on equal access to information". It did not break the myth that only PhD degree holders are great scientists. Hippies and dropouts created a new world and changed the old world order. It brilliantly conveyed to the world that knowledge can't be centralised. Information can't be monopolized. It has to be shared and every knowledge worker will contribute to make the revolution succeed. The lessons from Silicon Valley to be learnt is that one man can symbolise success but success carries the brilliance of many. It's about carrying everybody along and recognising talents of all and sundry.