[Techie Tuesdays] The programmer who draws his inspiration from genetics, story of Varun Aggarwal of Aspiring Minds 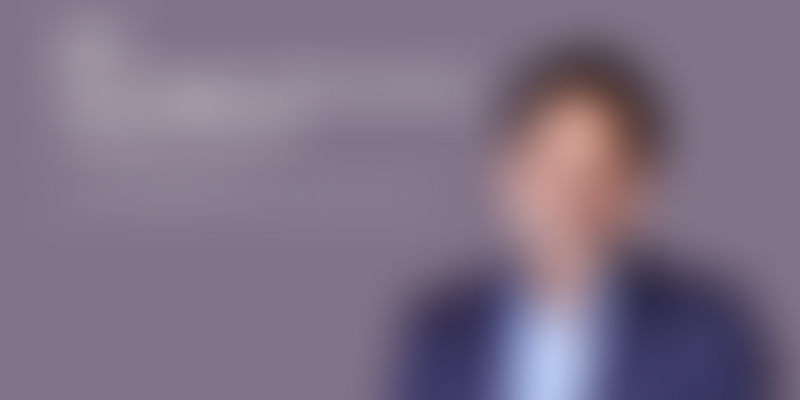 Nature has a way of inspiring innovation in different ways. At times we run into people who put their observations to good use for the society by improvising and adapting them into their work methods. This Tuesday, we profile one such person who looks into genetics to optimize things in technology, Varun Aggarwal, Co-founder and CTO of Aspiring Minds.

Varun's father is a PhD holder in computer science and it became evident to Varun that he should choose the same path as well. Having a computer at home was a luxury in 80s. No wonder, his school principal was surprised at his interview while joining school when he found out that the five-year-old Varun played on a computer. As he grew up, the interest moved to programming. Varun says,

I was never a gadgety person but more interested in technology. I wrote my first program in Class IV, to print a clock on the screen. When I was in Class VII, I saw a PC World article and learnt to program in HTML from it.

Running away from the rat race

As he completed his matriculation, Varun decided to take up Commerce in intermediate as everyone was looking to join IITs and the competition was fierce. His dad took him to a counselor for a week to get him to understand the benefits of taking science. Finally, Varun relented. He says it would have been a disaster if he opted for commerce.

For his graduation Varun joined NSIT, though he was a big fan of computer science. But he couldn't get the branch for his engineering degree. So Varun went for electronics, which proved to be a blessing in disguise. Varun learnt to like circuits apart from his prevailing interest in computer science and, he along with his friends, designed a pedometer based on mercury switch. It was written in assembly language with 2,000 lines of code.

During his engineering he got interested in genetic algorithms, a newfound love which would last for a long time. There was a festival in college and Varun was asked if he could innovate something and present it there. Varun focused on the time-tabling problem, where you are given the data for the time table and you are asked to schedule everything in the most optimized manner. Varun looked up on the internet for all possible ways to solve it and came across genetic algorithms. This caught his interest and Varun started reading up on the topic. He even wrote three papers on it and got them published in a US journal.

In the year 2001, when Varun was in his first year, he, along with some friends, started CURE(Coalition to Uproot Ragging in Education). Varun always had a social bent of mind and upon reading up and interacting with friends on the topic he realised the problem is very deep-rooted. He heard a lot from his friends in hostels about what they were going through.

CURE was a website where anyone could report their experiences and complaints. For almost a year nobody knew who was behind it. During his engineering, Varun came across Harsh, who was a medical student in Allahabad, but had to discontinue studies due to ragging. He went from pillar to post, from lower level to HRD Ministry to get his problem addressed. In 2003, Harsh also became a cofounder of CURE. One of their reports was also part of Raghvan Committee report on ragging.

Starting up to help others

Post his graduation, Varun worked with ST Microelectronics for a year. He quit the company as he wanted to work more on computer science and his role was an electronics one. Varun left for US to pursue his masters and PhD at MIT. There, he worked on machine learning and optimization. Varun read a McKinsey report on unemployment in India, which said that only one out of four engineers in India are employable.

After pursuing his masters he came back to India for a short break to see how he can implement his learning to solve the problems here. During this time, he further worked on the employability problem and started up Aspiring Minds with his brother, Himanshu. Varun met Prof Tarun Khanna from Harvard Business School who mentored them on running the nuances of startups. The aim for Aspiring Minds is to become the equivalent of SAT and GRE for employability assessment. The famous AMCAT test was at its initial stages. Varun says,

We started on a good note in 2007, but the 2008 economic slowdown proved bad for the company. Raising money was hard. We were not sure if we could pay salaries. Getting business was hard. Most people we were speaking to said that they were not hiring. I was a scientist and learning business was difficult for me.

Being in the business of hiring and having hired a lot of people, Varun says the biggest personality trait he looks for in a candidate is an attitude to learn.

If the candidate is open to learning, I will not care much. I will look for his approach to solve the problem even if he is not able to solve it. There are many people in the top 100 in competitive programming, who, when given an open-ended problem cannot think through it.

How would I want to be remembered as

“I would want to be remembered as someone who built that connect between tech and social good. How can I make the world a better place? One of my happiest moments was when I got exposure to science and technology,” Varun says.

Varun shares his most important lessons. He says,

One must work on building a learning attitude. You must concentrate on fundamentals. The art is in knowing one thing very deeply. Once you learn deeply then you are easily able to understand any other field deeply by building connects.