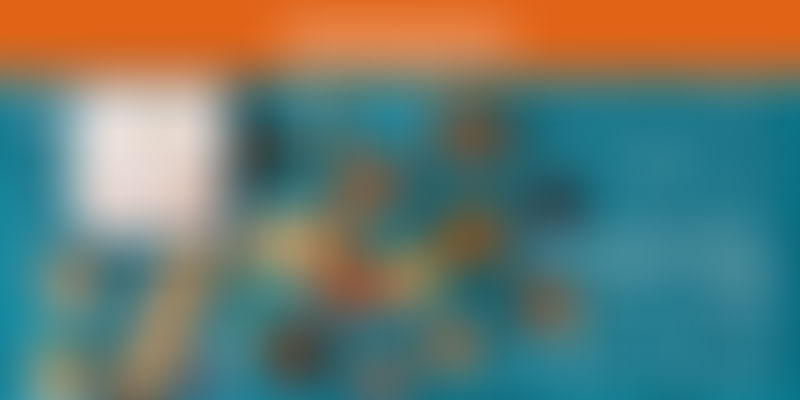 India is becoming more health conscious than ever. Traditional – often greasy— food has become passé, while healthy new-age diet concepts that keep in mind calorific values have become the new cool. Many food startups have been doing this for the last few years. Snackexperts is one more on that list.

Their theory was simple: tea-time conversations sometimes get so interesting that keeping track of how much junk food you are munching on becomes difficult. This is what made three health-conscious foodies start an online store that offers a range of healthy snacks across India.

The sudden realisation that there were few options for readymade healthy snacks came one weekend when Arun Prakash, Arul Murugan and Mary Shamla met up for chai.

“We were jeopardising our health by consuming snacks that were the sole cause for a number of health issues. Despite being aware of the health hazards posed by these popular snacks, we were totally helpless and couldn’t do anything about it. Well, there was an option to stop snacking, but no way! We could never do that,” says Arun, who later that day went on a hunt to find healthy munchies, so he could stock them up. This management consultant in Chennai looked everywhere, and came back home empty-handed.

“Frustrated and annoyed about this, we decided to get into action. We wanted to produce snacks that were healthy. Similar to how you can always eat homecooked food without any apprehensions, because you know that your mother will give you only the best. We wanted to give that kind of snacks to people like us,” Arun adds.

The trio had the idea in August 2014, and executed it in the next few months. They quit their jobs and took this up full time this year. Arul, who was working as a quality assurance manager in Dindigul, Tamil Nadu, relocated to Chennai too. The online Snackexperts store has been up and running ever since.

The team initially wanted to offer cut fruit platters, roasted lentils, and fruit salads, but realised that the logistics required for perishables would complicate things, and hence shifted focus to dry snacks.

“We wanted to give foodies across the country something that can be bought and stored for at least 30 to 40 days,” Arun says.

The company started with 20 to 25 items, most of which were baked snacks, but slowly added new things. Nutritionist Ranjini Raman helped them decide on recipes, making sure they did not exceed normal diet requirements.

Snackexperts currently has over 40 varieties of snacks including interesting items like ragi sev, oat and dry fruits laddus, sugarless brownies, jackfruit fritters, and various versions of flapjacks (a type of cake). It does not manufacture the snacks in-house but has tied up with over a dozen kitchens across Tamil Nadu to make the products based on its recipes.

What makes them special?

To Snackexperts, customer is king. “We keep adding new items to our list, as we constantly get customer feedback. When we realise that some products don’t taste as good or aren’t preferred by our customers, we try and change the recipes. If they still feel that it is just not cutting it, we drop the item and introduce something else,” explains Arun.

The snacks boxes (each weighing about 750 grams) cost Rs 699, and can be customised according to the customer’s preferences. The boxes are then delivered across the country through a courier partner, but if the order is from Chennai, the founders personally deliver them!

According to a report released by PS Market Research, the global savoury snacks market was valued at USD 111.1 billion in 2014, while the market is expected to grow at a CAGR of 7.1 percent between 2015 and 2020, to reach USD 166.6 billion.

It also reported that the high growth of savoury snacks market in Asia-Pacific region was mainly coming from the increasing demand from China and India, as they constituted a large part of the global population.

Also, it spoke about how people have started looking for healthier alternatives to savoury snacks, such as baked goods, fresh fruit and juices. This is hindering the savoury snacks market growth and compelling companies to offer healthier snacking options.

There are many other startups in India that are trying to hit this sweet spot. Some that have made it big are The Green Snack Co, Snackosaur and Spoonjoy. (Read more about food tech startups to watch out for this year)

Now and the future

Though the startup has not spent much on marketing, except for a bit on social media, they have shipped over 500 orders across the country.

The team recently won Rs 10 lakh from the ‘The 10-Minute Million’ funding event hosted by IIT Bombay’s Entrepreneurship Cell. It later raised a round of Rs 20 lakh from investors like Ajeet Khurana, Taha Nabee, VC Kathik and Ravi Gururaj.

“Through our snacks, we want to make snacking a happy and a healthy habit in the society. Our first goal is to create awareness among children and youngsters and catch them young,” says Arun, who, along with his team of 12 people, will be planning various ‘healthy snacking’ campaigns for schools and colleges across the country.