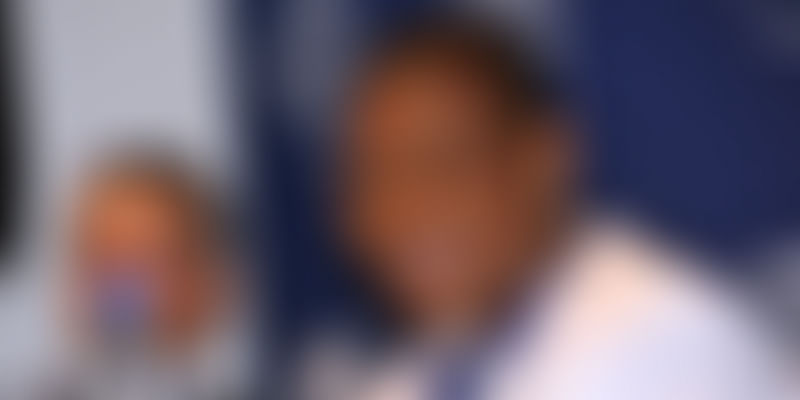 Obiageli Ezekwesili is a force to reckon with. One of Times magazine’s 100 most influential women of 2015, this champion of education and entrepreneurship has a career history of helping to de-escalate the challenges of society. She’s now on to one where hundreds of lives hang in the balance – and she isn’t backing down.

On the night of April 14, 2014, students of the Chibok Secondary School in an isolated area of northeastern Nigeria were in bed, oblivious to the nightmare that lay ahead. Close to midnight, a group of Boko Haram terrorists stormed the hostel. They abducted 276 girls aged between 13 and 20, and gutted the premises. Fifty-seven girls managed to escape into the forest under cover of darkness. The other 219 girls haven’t been seen for close to 600 days now.

When news of the mass abduction broke the next day, outrage at the government’s indifference soon replaced Obiageli Ezekwesili’s disbelief. Obiageli has been a Minister in the Nigerian government, Vice President of the World Bank (Africa region), Co-Founder of the global anti-corruption body Transparency International, and Senior Economic Advisor for the Africa Fund at the Open Society Foundation. A vociferous advocate for women’s rights and empowerment, she was profoundly moved by the plight of the girls’ parents, whose voices were falling on deaf ears.

“I disturbed everyone in the government, I used my social media account, I tweeted to everyone, I was screaming at journalists and saying why are you keeping quiet? Say something! These girls must be found!” she recalls.

No one listened. President Goodluck Jonathan made no public mention of the incident until weeks later. Ignored by the government and lied to by the military, who claimed they had found the girls, Obiageli roused the world through social media.

#BringBackOurGirls, described as a fight for the right to live, acquire an education and be heard, emerged as one of the biggest social media campaigns of 2014. It was tweeted over a million times across the US, Canada, Israel, France, and China in less than three weeks. Its supporters include Michelle Obama, Malala Yousafzai, Chris Brown, and Cara Delevingne, among numerous others. While it has its detractors – Nigerian-American writer Jumoke Balogun, for example, criticised it for inviting “complicit participation in a military expansionist agenda” – it was instrumental in launching a grassroots campaign, igniting global awareness, building solidarity and shaming into action a government that “wanted to pretend nothing had happened”.

Education and entrepreneurship build a nation

As the Federal Minister of Education, Obiageli led the establishment of the Innovation and Vocational Enterprise Institutions and the Adopt-a-School programme. She has often discussed the need for “massive investment” in “high quality education that (promotes) entrepreneurship”. Convinced that “entrepreneurship is the pathway to a new Nigeria” and that “no nation became great without leaders (with) an entrepreneurial mindset,” she advocated education reforms that would fan the flames of entrepreneurship from the preschool years. Coming from the region, it pains her all the more that the girls were snatched from their school.

Nigeria, Africa’s largest economy, has the world’s highest number of children out of school. The majority of these are girls. Obiageli has often said that the sky’s the limit for an educated girl. But how does a girl, already disadvantaged by poverty, gender bias and social norms, get to go to school if her parents are not convinced she will be safe? Girls need to hear “We’ve got your back”. The Chibok girls risked their lives for an education they hoped would uplift them and their families out of poverty. To a packed hall and standing ovation at the Women in the World Summit, 2015, in New Delhi, Obiageli said,

“How can the cost of education be the cost of life? It is unacceptable; it is reprehensible that we have allowed it to fester.”

Muhammadu Buhari, the new President of Nigeria, has vowed to annihilate Boko Haram by the end of 2015. While this deadline might be overly optimistic, hundreds of girls have indeed been rescued. The whereabouts of the Chibok girls, however, are still unknown. #BringBackOurGirls refuses to give up – “Hope is inexhaustible,” declares Obiageli – but until the girls come home, there is “Unfinished business for the world”.