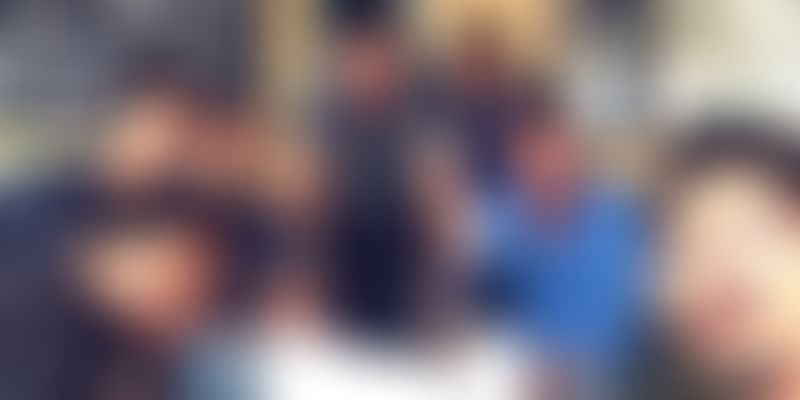 There are times when being spoilt for choice can be a problem. While you may know which restaurant to head out to, you're still not sure what to order there. Sahil Khan, author of Pune-based food blog 'The Tossed Salad' and owner of egg specialty restaurant ‘The Yolkshire’ saw that a lot of his readers would regularly ask, “Where’s the best biryani in the city?” or “What do I order at this restaurant?”

He realised that even though he, and other food bloggers, had been writing about food in the city for years, and Zomato and Burrp provided peer reviews, people still seemed unsure.

Around the same time, Hrishikesh Rajpathak was working on a purchase-intent mining tool for the F&B industry via social media when he noticed the same pattern. Hrishikesh, who runs the Bay of Bengal restaurant in Pune, holds a Master of Computer Science from IIIT and has five years’ experience in data mining and machine learning at Persistent Technologies. A mutual friend suggested the two work together and introduced them to each other.

"While the core remains the same, how we’ve approached the problem has changed over the last year or so — from a search- and list-based interface, to experimenting with a social discovery model, to the current personal concierge style of personalised recommendations," says 27-year-old Sahil.

Quinto uses AI to build automated chat-based food and restaurant recommendations. They consider it 'Siri' for food. They're currently present in Pune and Mumbai, and the app is available on iOS and Android devices.

While the team launched the product in August last year, they were forced to return to the drawing board in February this year, after taking in market feedback. On November 16, they launched the second version of the product after spending time building their natural language programming (NLP) and recommendation engines from scratch.

When they initially launched as a search and discovery platform, they got feedback from consumers asking for more filters and detailed descriptions. Sahil says that while users had identified the problem, they were unable to solve the problem until they had finalised multiple versions of the app.

The duo decided against adding filters and other descriptors as this would make it a 'me-too' restaurant search service. "We wanted to keep the mobile app based model; it's then we realised that a chat based model would work well," says Sahil.

This is when they came up with the idea of Quinto. Sahil says it’s like your best friend, who knows everything about what you like to eat and drink.

Quinto uses NLP to understand what the user is looking for, and, over time, uses machine learning to personalise recommendations.

"Our iOS and Android apps are built natively. People are already talking about the food they’re eating, where they ate it, and their thoughts about it. We collect all that information by using a combination of data mining and editorial curation to build our database of recommendations," adds Sahil.

Users can simply chat with Quinto to get food and restaurant recommendations. Here’s what some of them are asking:

Rather than changing the user’s behaviour and setting a fixed structure to how they should discover food and restaurants, the team claims to have moulded their product to fit the natural way people talk. Sahil says they're adding a massive database behind that, layered with editorial curation and personalisation.

The team is looking at the aggregator model for monetisation, basis a commission model. Essentially, all the delivery apps, food outlets, and restaurants will be a part of the Quinto platform. Once an individual asks about any food or restaurant, they are given recommendations.

However, the percentage of commission and selections of the same are yet to be ironed out. The team says they would like to focus on getting the recommendations right and helping people make the right decisions before on boarding the service providers. After this users could then simply place an order or book a table through their preferred service provider – all within Quinto.

This July, Jaydeep Barman, Founder and CEO of Faasos invested an undisclosed amount in Quinto. The team is yet to make revenues from the product. Quinto has a rating of 3.9-4 on the Android Playstore and Apple App Store. Close to 5,000 downloads of the app have been made in Playstore so far. Currently, they claim to be getting close to 100-120 queries a day.

The team is currently focusing on Pune and Mumbai, and working on getting the recommendations right for each user. Their initial focus is on getting the platform traction right before integrating with other existing services to close the loop with the user after giving them a recommendation.

With the increasing number of players in the foodtech space, there has been a buzz about funds drying up and a need to focus more on business, revenue models, and sustainability.

Many believe that food brings that initial traction quickly; the first 300 orders a day are easy to get. The trouble begins when the numbers go beyond this. Also, customer acquisition is an expensive affair in the food tech space. Sources claim that prominent food ordering platforms like Foodpanda spend anywhere between Rs 400 and Rs 500 on acquiring each customer.

The amount of funding pumped into the foodtech space in April alone was a whopping $74 million on a total of seven deals. In August, this dipped to $19 million on five deals. In September, this number further dropped to two deals.

While there seems to be a slow push and visibility towards using AI- and chat-based interfaces, their model and growth is yet to be proven in the market.