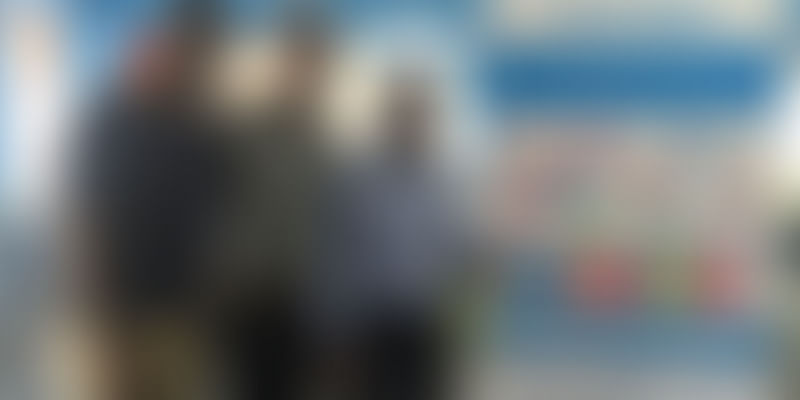 In an increasingly tech-savvy world, where time is short and attention spans shorter, no one has the time or inclination to participate in long-drawn out white-boarding discussions. Bulky documents containing details of discussions are also kept aside to read at a later time, and ideas and thoughts are eventually lost in a pile of papers and lack of processes. Bringing people and their ideas together onto the same page is becoming an increasingly difficult task.

During his 12-year-corporate career, Abhijit Mhetre, 39, often noticed how professionals found it challenging to collate weekly assignments and case studies onto a single platform. This sowed the seeds for the idea to start Canvazify.

From idea validation to business models and from product roadmaps to competitive analysis, Canvazify serves everything under one umbrella. We have external integration with Chrome, Dropbox, and Trello to flow ideas into Canvazify or from Canvazify to other tools.”

Abhijit is a computer science graduate from Pune University. He has worked across three continents as a techno-marketer, large-scale programme manager, strategy consultant, and account manager. He started his career in India with L&T Infotech as a software programmer where he built a wireless mobile banking system for palm-top devices. Post that, he went to the UK and worked for IMS Health as technology consultant followed by a couple of insurance companies such as Travelers, Marsh, Cigna. In 2012, he earned his executive MBA from Boston University.

The common challenge that every startup faces is finding the right people. Fortunately, Abhijit knew Akshay Nahar and Niket Puranik, and the three came together to create a great team.

The trio had known each other since college. Akhshay and Niket had not taken the predictable corporate route and had started an IT services company for web projects. Today, Akshay is Chief of Business Development and Niket is Chief of Technology at Canvazify.

Canvazify is built on cloud infrastructure that provides the flexibility to integrate with APIs. Currently, the startup caters to more than 55 countries. According to Abhijit, 31,000 ideas have been discussed on the Canvazify platform and the majority of users are entrepreneurs, product managers, design/strategic consultants, and educators.

The startup allows users to substantiate ideas with other collateral such as blog links, images, documents, and more. It also let users bring or tag ideas from wherever they work using a Chrome plugin and a mobile app (coming soon). To ensure security, Canvazify conducts the data transfer between the user’s device and the server on the Amazon cloud, and it is SSL encrypted.

Documents/images from Dropbox can be easily referenced into Canvazify making it easier to use and enriching the user experience. It allows users to export ideas into a PDF or into Trello-like project management software. In a nutshell, users can conceptualise ideas into Canvazify, import them, or export them into other tools to process further. Canvazify will act as a hub for a team’s idea,” says Abhijit.

Currently based out of Pune, the startup has a team of five members. Moreover, Canvazify is getting mentored in TiE-Pune and Startup Leadership Program, Pune.

Canvazify generates revenues from monthly subscription models at $5 per user. The startup is witnessing approximately 23-25 per cent new user growth month on month. Abhijit says that over 31,000 ideas have been discussed and 2.26 lakhs actions have been tracked, and that number is growing every day. In terms of user base, 45-48 per cent are from India and 55-52 per cent are from US,Brazil, Canada, the UK, Switzerland, Spain, Italy, Germany, Turkey, Japan, Australia, New Zealand, Sweden, and Portugal.

He says, "We are a bootstrapped venture. We are looking to raise external capital to expand our platform and boost our global presence."

Abhijit says that Canvazify is wrongly compared with many communication and task management platforms like Slack, Trello, Asana, and others. Canvazify allows actionable ideas to flow into tools such as Trello and Jeera. The startup’s competitors are global players like ideascale, Mural.ly, Spigit and MindMeister. Right now, Canvazify plans to go big in the US and Europe regions considering their inclination towards the tech enabled collaborative platforms.