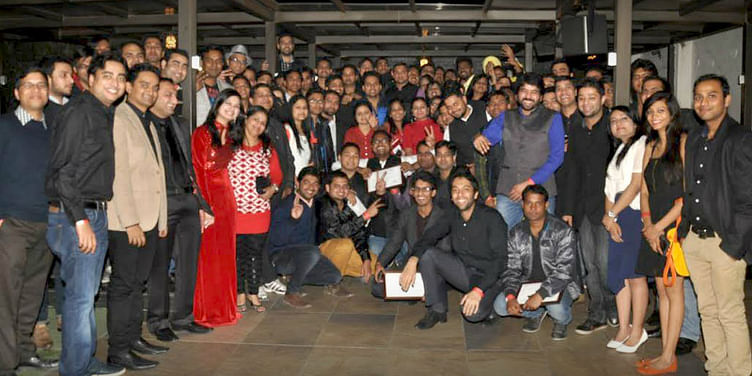 Can fundraising be considered an important metric of business growth? Why is it big news when we hear that a company has raised a significant amount of funds? Today, startups are in a race to raise millions of dollar to join the Unicorn club, while brushing aside concerns about unit economics. If we dig a little deeper, stories about successful bootstrapped companies are easily found in India.

Founded in 2009, by Raghib Khan and Faisal Abidi, RNF Technologies is a service-focused company that deals in mobile development, web application development and online marketing. Being bootstrapped for the last six years, this Noida-based company has a team of 225 employees and a portfolio of 100 clients, which includes both Fortune 100 and SME enterprises.

The company started off with an auction based shopping portal BuyAlmost.com where users are allowed to buy the auctioned product at up to 98 per cent discounted price. Users has to sign up for free registration on BuyAlmost.com. And once the registration gets completed, the users can start purchasing the bid pack of his or her choice. The bid price ranges from Rs 12 to 20 based on the pack they choose. Within three months of its launch, it has witnessed 1,20,000 registration.

We started with a seed capital of Rs. 2 lakhs and later on the exponential growth story attracted the attention of several leading VC firms. However, we decided to pull the plug on the discussions because the product was not scalable in terms of profits.”

Raghib (31) and Faisal (30) had known each other from school and had completed their engineering degrees together from Jamia Millia Islamia, New Delhi. Faisal decided to join Google straight out of college, while Raghib accepted an offer from AOL, following his exceptional performance in the international programming contest organised by TopCoder. A year later, Faisal switched to British Telecom, and in November 2009, they both came together and registered the company. The operations, however, started towards the end of January 2010.

The duo remembers their first half-a-million-dollar contract from a leading provider of commercial data. They gradually managed to grow the business steadily and expand to multiple domains – development (web and mobile) and online marketing for clients spread across North America, the UK, Australia and the Middle East.

From the beginning, our price point and approach to work was more in line with western corporates as compared to indigenous firms, probably because of initial work exposure. A major chunk (upwards of 90 per cent) comes from North America, which includes both the US and Canada. The remaining 10 per cent comprises of clients from the UK, Australia and the Middle East.”

Formation of a sister company

Phonato Studio has witnessed over 10 million app downloads with over a million monthly active users across its portfolio of more than 25 premium apps. Most of its apps are among the top 200 casino games on the iTunes store. Some even hold the top slot in individual categories such as Roulette, Craps and an array of Slots Machine games, across multiple geographies such as the US, the UK, and Canada.

The company has partnered with 888 holdings to offer virtual gaming across geographies. It has also leased out apps to Bally Technologies, which form a part of their concierge apps across casinos in Las Vegas and Macau.

In the six years of its existence, RNF Technologies has witnessed a consolidated revenue growth of 5,300 per cent with a year on year revenue growth of 138 per cent. In the next two years, the firm plans to invest aggressively in scaling up the North American team on both the business and execution fronts.

“We expect to push the growth percentage to three digit percentage numbers in the next fiscal year; despite the sizeable base revenue numbers we are currently operating at. We expect to grow our revenues by 100-125 per cent in the next financial year while increasing our workforce by 25 per cent. The big jump in revenues is expected through our aggressive expansion in the US,” says Faisal.

Though the Noida-based company failed to gain traction from India, it vowed to escalate further with the significant response it received from the US, the UK and the MiddleEast. Recently, in a major setback, gamers in India were turned down from downloading games such as Jewel crush, Hill climb racing the game, Plants vs zombies 2, Subway Surfers, Traffic Racer, Temple Run 2, Zombies in the fear of not getting affected by the virus named Android/Mapin.

VisionMobile’s developer report revealed that in the mobile economy, contract app development (or outsourced app development, as we know it) brings the most revenue. Contract development is generating the highest revenue per month over every other avenue for monetisation.

Phonato Studios considers Zynga, Big Fish Games, DoubleDown Casino and GSN Games as its direct competitors considering its significant number of global users. Considering the behavioral approach of Indian consumers, acquiring clients from India would remain a challenge for Phonato Studios. However, with 25 premium apps, this Indian firm is set make a strong mark in the global market.