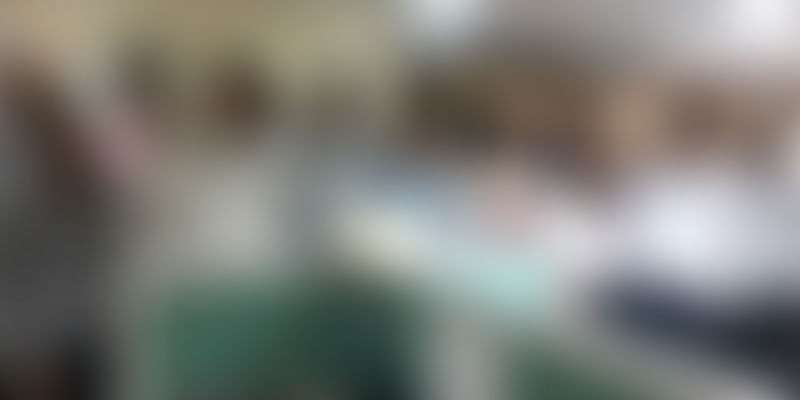 Most responsible citizens strive to contribute something to the country, but not all explore the difference they can make to the rural and agricultural ecosystem in India. Raakhe Kapoor Tandon (29), daughter of Rana Kapoor, MD and CEO, Yes Bank, wanted to invest in something that has a large socio-economic footprint. She launched Rural Agri Ventures in March 2014, a parent company of RAAS Capital.

This is the right time to enter sunrise sectors which are in their nascent phase and witnessing a significant demand-supply gap with an enormous upside,” says Raakhe.

She has completed an MBA majoring in Entrepreneurial Management from The Wharton School, University of Pennsylvania, USA. Under RAAS Capital, Raakhe has founded two ventures—RAAS Housing Finance (India) Ltd, a company that is engaged in providing long-term mortgage finance to retail customers, and Rural Agri Ventures India.

The Cattle Feed business has been launched recently for farmers to enhance milk productivity in the State of Punjab. It offers balanced and intelligent nutritious feeding solutions for animals under the brands 'Happy Cow' And 'Nu Feed'. While LED Lighting and Cattle Feed are mainly retail-oriented businesses, the former operates in urban areas while the latter addresses the needs of dairy farmers in the rural market.

Under the CSR route, it also offers rural electrification services and has lit up 35 villages across Uttar Pradesh with grid-connected and off-grid solar power plants, solar pumps and street lights, lanterns and home lights.

Apart from this, the startup is currently lighting up 3,133 households through solar home lighting systems across 427 villages in Tamil Nadu, and the project is likely to be completed within six months.

India is the largest producer of perishables, but stores less than 11 per cent of the country's total produce, leading to 10-30 per cent wastage every year. While 105 million tonnes of perishable produce is transported across India annually, only four million tonnes is via reefers.

With 62 employees, Rural Agri Ventures has physical offices in Gurgaon, Delhi, Jaipur and Punjab. The agro logistics and renewable energy verticals caters to pan-India, whereas LED and cattle feed are present in Rajasthan, Delhi and Punjab markets.

Agri-infrastructure vertical of the startup is coming up with the construction of mega food parks, warehousing and affordable townships to assist in Government of India's 'Make in India' project, as the country's population grows.

Agriculture has become one of the sunrise sectors in India for startups to enter, because of its potential business opportunity. Gap in agriculture supply chain and poor productivity are two crucial factors that have opened up multiples avenues.

As earlier reported by YourStory, 40 per cent of India’s produce is wasted in transit, as India has only 8,000 refrigerated trucks capable of transporting fresh produce. Therefore, only four million of the 104 million tonnes of fresh produce are transported every year through refrigerated transport.

EM3 Agriservices, DestaGlobal, Anubal Agro, Agrotech app, Save India Grain are some of the startups in this space. However, Rural Agri Ventures does not directly compete with them as they focus on renewable energy and LED lighting as well. Moreover, the startup’s expected revenue numbers reflects the kind of growth it is targeting.