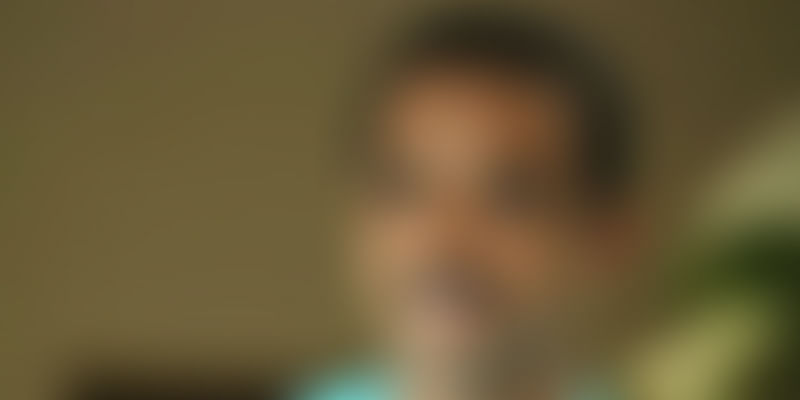 How will you visualise the future of a five-year-old boy when you see him tinkering and meddling with gadgets and toys? Sandeep C Senan (32) loved to spend his spare hours learning TV and radio repairs in a neighbour's shop when he was in Class V. The passion eventually led him to design refrigerators, talking machines and coffee makers. A native of Bhadravati in the Shimoga district of Karnataka, Sandeep, by the time reached Class X, had decided to pursue engineering in computer science at Visveswaraya Technological University.

The curiosity about gadgets followed Sandeep to his later years as well and made him explore ideas on how a school-goer can convert an idea into a working model. This led to BIBOX in 2012, a programmable electronic platform that helps students from Classes V to X build smart machines, robots and other real-world gadgets.

Headquartered in Bengaluru, BIBOX (Brain in a Box) is a hardware and software solution tailored for kids. It is like an electronic brain, which can be operated by a kid on a tablet, smartphone or PC using a graphical software. A kid can put these logical thoughts into BIBOX to create different accessories, from toys to lights to TV.

Sandeep has technological expertise in embedded systems, IoT, robotics, virtual reality and haptics. He has worked in Bangalore Endoscopic Surgical Training Institute (BEST) and done MBA at Edith Covan University, Australia in 2009. He then worked with Thinkinsoft Solutions where he had the opportunity to teach children about future technology in an assignment for Times Group (NIE).

During his second year of engineering, Sandeep rekindled his old passion to create things. Alongside engineering, he completed projects like virtual reality simulators, artificial intelligent systems, robotic machines, and more. A couple of his final-year projects were also picked by DRDO (Defence Research and Development Organisation).

Sandeep then started guiding juniors in college through workshops that later morphed into workshops for school students.

“BIBOX started as a toolkit that kids could use and then later became a full-fledged curriculum where kids are taken through a journey to become innovators to solve real-world problems in any field,” explains Sandeep.

In April 2013, Sandeep met Madhusudan Namboodiri (48) who joined BIBOX as co-founder. He brings two decades of experience in the field of education, health, retail and telecom. Prior to this, Madhusudan was a consultant for Greycells 18 Media Ltd, where he created a niche space in schools for selling K12 content alone.

The duo first approached Mumbai Angels in August 2013, and in early 2014, they raised angel fund of Rs 1.5 crore from Narendran K, a former Vice President of Infosys, Anirudha Malpani of Mumbai Angels and Manish Gupta, former MD of Rare Enterprises. Recently, it raised Rs 3.5 crore from Ravi Krishnamurthy, MD of Bengaluru-based Shadeflex India. Till now, the startup has raised a total fund of Rs. 6.5 crore in multiple rounds.

How to build smart machines, robots and gadgets

The mentors at BIBOX conduct 80-minute sessions in schools where kids are given tools and materials required to complete the project or innovation. According to Sandeep, traffic lights, automatic locking doors, smart room lights, water throwing alarm, drip irrigation system, asthma detector, vibratory blind stick, interactive bobcat and robotic arm for lifting things, controllable boats and smart cars are some of the working models created by students at different schools in Bengaluru, Kerala, Coimbatore and Delhi.

BIBOX has currently tied up with 18 schools in Bengaluru, 21 in Kerala, spread across Muvathupuzha, Kottayam, Kollam, Angamaly, Ernakulam and Calicut, and four schools in Ghaziabad and Noida.

Sandeep states that 10,000 students have been benefitted from his programme so far.

Tying up with 120 schools

The startup charges Rs 2,500 to 6,500 per student for an academic year. In the last one year, Bibox has grown by 3x in terms of revenue and expects to quadruple the growth this year.

Currently, it has 75 employees and is present in Bengaluru, Kerala, Tamil Nadu and New Delhi. By the end of 2016, BIBOX is planning to tie up with 120 schools and come up with BIBOX-based products for kids.

India has witnessed a growing concern in the quality of science, maths and technology education imparted in schools and colleges. According to a Manpower report, by 2020, the shortfall of engineers is expected to range from 1.5 to 2.2 million putting India’s economy at risk.

As an angel investor, my bet is always on the founders. Sandeep's passion for helping children to be creative by allowing them to tinker using BIBOX is infectious, and he is a great example of an innovator who thinks out of the box. His partnership with Madhu is a winning combination, and together they have been able to craft a winning business model around a very cool product,” says investor Dr. Malpani.