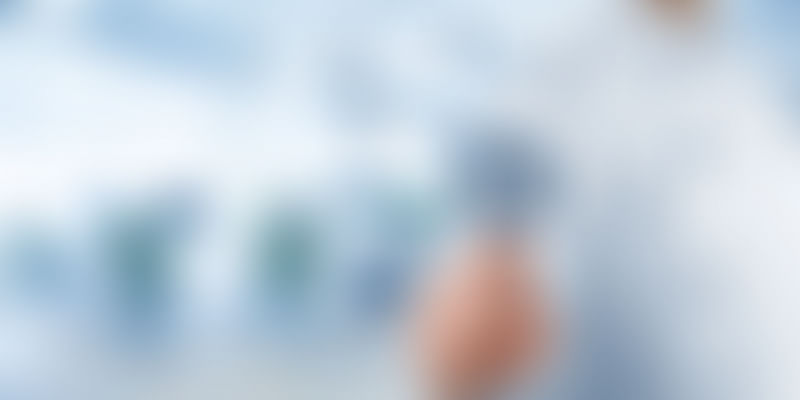 Most early-stage consumer-focussed startups fail because of lack of user growth. This reason is more lethal than not getting funded since, in many ways, the ease of raising funds is positively correlated to the growth of your user base.

As much as it is incredibly difficult to get those early adopters, thankfully there are proven methodologies, which followed meticulously and patiently, can create a healthy base of lighthouse customers. I successfully created a vibrant beta community of almost 200 people – none of whom I knew before and without spending a single dollar in marketing.

What follows below is a step-by-step procedure of how I did it. This process is very much applicable when your company and product are in their early stages. The process hinges on the answers to the below four questions.

If you follow the below process, you will achieve a reasonable level of success in creating an engaged base of early users who are extremely beneficial in a multitude of ways to your product and company.

1) Who is an ideal early user?

An ideal early user is one who is very passionate and is most affected by the problem that you are trying to solve.

I know I am stating the obvious, but you will be surprised the countless number of times this is either misinterpreted, not clearly understood or even forgotten at some stage in the process.

Getting such an early user is important because of three infallible reasons:

Having early users who are ardent, dramatically increase your chances of success. Hence, it makes a lot of sense to focus all your energies on this target demographic. You will have to fight the desire to go all out and get whoever crosses your line of sight. Rather than spreading your resources thin, I suggest you put more wood behind fewer arrows.

And yes, absolutely no family members or close friends in the early user set – all of them are LIARS and biased. They don’t want to or are unable see your long face when the feedback is not what you expect.

2) Where should I hunt for these early users?

I used the below five platforms to find early users:

The single biggest reason why I chose these platforms is because I was looking specifically for content creators – folks who tweet useful stuff on Twitter, write meaningful answers on Quora, participate in a healthy debate on Reddit forums, hammer out detailed blogs on Medium and finally those who give ratings and reviews for apps on the App Store

In case you are wondering – ‘Why is this important?’, the answer is simple: the creator to consumer ratio on the Internet is disproportionately skewed in favour of consumers. For every 1,000 or 10,000 people who watch a video, maybe one creates a video (ratio could be in-accurate but you get my drift) and it is these content creators who are most passionate about what they do. It’s a lot of work to create, edit, and distribute good quality content on the web; this entails skill, focus, and a lot of discipline – and only those who are really committed to what they do, will see it all the way to end.

If you are creating and publishing quality content online, you are giving a signal that you care about a specific cause and have no qualms about sharing your opinion on a topic, exactly the type of users we want early on.

You can also find a community of 400+ early users here.

3) How to find these users and get their contact details?

The way I started off is by going to the Twitter pages of 8–10 popular podcasts/podcast hosts and then looked at the list of their followers.

I was trying to get a sense of who these followers were, how active they were, and what kind of discussions they engaged in. After a thorough investigation of their profile descriptions and followers and studying everyone’s activity, I started noticing a common pattern of words (e.g. Podcast junkie, Podcast addict, Podcast lover, etc.) being used by few people in their profile descriptions, tweets/re-tweets, hashtags, etc.

I started searching for these keywords on Twitter. Above the search results page, Twitter offers a search filter bar with values like “Top”, “Live”, “Accounts” and so on. I used these and started following people whose names showed up in the search results. Even in this case, I did not follow everyone blindly – I ensured that I had a healthy mix of podcast listeners, podcasters, audiobook listeners and those who provide podcast-related value added services (podcast newsletters, podcast clubs/groups, podcast hosting and editing services etc) in the list of people I was going after.

We got nice reciprocity and a little over 50 per cent of the folks I followed via this method followed me back. This is important because you cannot direct message the Twitterati until they follow you. Some users have the messaging option enabled by default and some also mention their email on their profiles. But for most accounts, messaging is barred till they follow you.

Now that we know how to reach these users, the last and the final step covers the message – as in what you should write to them.

Before that, two quick things:

You can also find a community of 400+ early users here.

4) What should I write to these users?

This is a sensitive one because this will be your first official communication with them and it also sets the tone and impression for future discussions.

I had drafted three to four different versions of messaging (one version each for podcast listener, podcast value added service provider, podcaster and patrons of audio storytelling/internet radio/radio on-demand). There was a 60–70 per cent overlap in the different messages. My outreach had a friendly tone and was based on the below structure. Every message was written sincerely and I did not write a single line which I did not mean.

A lot of people replied asking for details and I started drafting templates of those as well (to attain efficiency). Once they agreed to become users, I also got references of other podcast lovers – all I had to do was ask nicely.

In all, I reached out to approximately 1,100 people across all platforms and about 200 of them agreed to be beta users. I interacted personally with all of them and each and every one in this community is crazy about listening to or producing podcasts and deeply in love with the audio storytelling medium.

Other than the above process, there are paid services which provide beta testers and also a host of startup directories that have launched recently. You can easily find them via Google and could submit your product there. I prefer the above method because not only does it allow you to pick and choose your early adopters but you also forge a personal relationship with them. This pays off in the long term. While these directories can get you an initial bump in downloads, they provide less of a long-term benefit in terms of engagement.

Rohan Khara is the co-founder of Jabbercast, a podcast platform. Before starting Jabbercast, Rohan was the Lead – Product and Innovation at Quikr and prior to that he worked as a Product Manager in the Windows Live Team at Microsoft HQ in Seattle, USA. Rohan holds a Master’s of Science in Management Science and Engineering from Stanford University, California and a Bachelors of Engineering from Rashtreeya Vidyalaya College of Engineering (RVCE), Bangalore. (Once you try this methodology, please reach out at rohan@jabberlabs.com. I would love to know how it worked out for you and also help out if you need.)