When cancer stole the joys of motherhood from Madhu Singh, she found this way to get them back 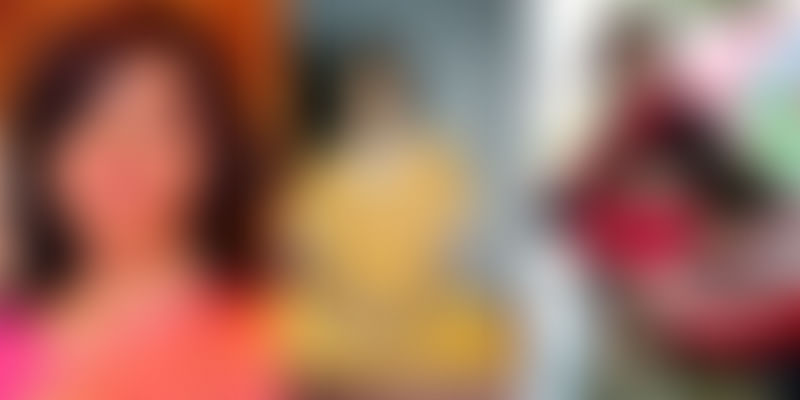 A cancer in your body takes one bad day to turn into a cancer in your mind and spirit. One bad day is all it takes to slip into a constant cycle of self-pity, despair, and finally, a vanished sense of purpose. Today’s story is not about someone who dwelled on this vicious circle for too long, but someone who derived purpose from this life-affirming experience. Meet 53-year-old Madhu Singh, the woman who braved cancer for five years and created one of Noida’s most popular and upcoming preschools on the other side of her ordeal.

Hailing from a small industrial township, Japla, in Jharkhand, where she also did her schooling, her childhood was full of adventure and free of worries, what with being the little sister to three brothers, and belonging to a tightly knit joint family. She studied History Honours from Ranchi University and has been one of those women who never for a second doubted their confidence and gregariousness.

After tying the knot in 1983 to Achal Singh, who was a manager at Union Bank of India, Jamshedpur, she travelled the lengths of the country while creating and nurturing their little family with their son Ankesh. As their life seemed to finally be settling down, Madhu was ready to start the brand new chapter she had always dreamed of — opening up a beauty parlour of her own.

“But, God had laid down some other plans for me,” says Madhu.

She had observed the lump in her breast for the first time in 1988 and got it removed after a minor surgery in Patna. But that wasn’t the last time the terrorising lump would surface, to shake their lives up. It reoccurred almost every year between 1989 and 1992, thereafter followed by three more minor operations each year. While there was nothing adverse in any of the biopsy reports, the last biopsy report sent to Tata Memorial Hospital (TMH) in Mumbai carried the news that everyone dreaded — the lump was a cancerous malignancy.

Madhu recalls, “It was the most horrifying moment of my life when the doctor at TMH told me about the disease. We rushed to TMH and the disease was confirmed after reinvestigation. I remember all the energy suddenly draining out of me, I almost fainted. I knew what cancer was and the consequences of it. The face of my seven-year-old son flashed in front of me — how would he live and how could I die?”

The doctor advised her for total radical mastectomy surgery, which, in layman’s terms, meant complete removal of her breast. To Madhu, it seemed that bad news kept piling up. She was someone who absolutely loved decking up and looking like a million bucks — to her, the prospect of what this treatment would do to her appearance only piled on further despair. “I never knew what misery and bad luck meant, and I shivered when I saw some patients in the cancer ward.”

But this very experience taught her perhaps the most valuable lesson — cancer may taint her on the outside, but it would take a lot more to break what she housed on the inside.

She says, “Every time I saw my seven-year-old child and my husband at my side, I wanted to live just so I could be with them. Achal and my brother in law KM Singh convinced me that it was possible to fully recover from the disease and I decided that I would fight it out of my system.”

“It took me seven long years to completely recover from cancer. During those seven years, I was also diagnosed with bone TB and asthma. My body weight almost reduced to half and I spent most of my time in Delhi hospitals, while Achal and Ankesh were in Jharkhand. I wanted to reunite with them, with my life, and that kept me going. Sometimes I had to do things all on my own and this made me mentally stronger and self-dependent.”

In this clash to the finish, there could be only one winner. And Madhu wasn’t going to let this sweet triumph slip away from her. In fact, she emerged on the other side not only the victor but armed with even more vigour to give her life its purpose back.

Her treatment allowed her long spells of thorough introspection. “This disease helped me learn more about myself. And after recovering fully, I felt I had developed some capabilities, which I never felt a decade ago.

This same new perspective led her to discover a void she had been feeling throughout her treatment and armed her with the courage to fill it. “During my recovery period, every day, I missed out on the joys of being a mother. I missed dropping my son to school, I missed nurturing and pampering him, and I missed playing with him. I wondered how I could get these missed experiences back, and the answer was clear and beautiful. I could do all of these for a whole bunch of kids in my own way and this led to the idea of opening up a playschool,” recalls Madhu.

“Since then Rhythm has been a passion and fulfilment to my life, and meant more than anything else to me.”

When her mother-in-law laid the foundation stone of Rhythm, it was a dream come true for Madhu. But she knew the journey was going to be tough. Her friends and family, especially her husband, helped the phoenix in her rise from the ashes. “Achal was sometimes like a husband, sometimes like a caring father of a sick daughter and now like a partner, shaping up his ambitious other half’s dreams.”

Rhythm started in February 2006 with only seven kids. “We could not even earn the salary for my staff, let alone for marketing and growth. But we knew that sincere work and effort would be definitely rewarded. The first three years were very tough. However, things started changing gradually and our reputation got established with positive word of mouth. My staff was my strength and the parents of our kids became my brand ambassadors.”

She created a brand with very sound values — an all-women organisation and most of the staff has been housewives turned professionals; they created certified courses for faculty training, which were very effective when training their staff. The school also annually provided free of cost education to five children from weaker sections of society. Later, they also introduced special courses for differently abled children, which were designed to help them integrate and compete with any normal child.

Today, her school has 150 children. They have been recognised among the top preschools of Noida by Education World in 2013 and were even lauded by ABP News for their security arrangements and overall management.

Madhu is a glowing example of individuals who only get stronger with every trial of their spirit, and has no intentions to slow down in making up for lost time and chasing her dreams.