The story of Delhi-based Claro Energy, the pioneers of solar pumping solutions 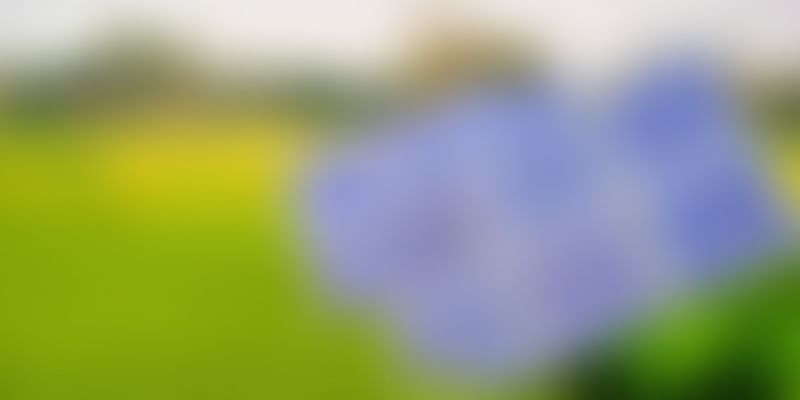 The sun shines on India for approximately 300 days in a year. But, is India taking advantage of this? Unfortunately, not yet. According to a recent study by Deloitte and the Confederation of India Industry (CII), India’s estimated solar power potential stands at 749 gigawatts, which is three times the country’s entire installed electrical capacity in 2012. This means that currently not even 1 percent of our solar potential is tapped in to. Thankfully, Prime Minister Narendra Modi realises this and positive changes are under way. For instance, he has approved a plan to develop 50 solar cities and the target of generating 20 GW through solar power has been increased to 100 GW by 2022. Undoubtedly, there are great opportunities in the pipeline.

While it’s a matter of wait and watch if Indian citizens will actually witness the full solar potential, one company has made significant strides in adopting solar already. Claro Energy, a Delhi-based organisation founded in January 2011, is providing solar-powered water pumping solutions to meet agricultural irrigation, aeration, fisheries and drinking water needs in off-grid areas. The company has already spread its base in 14 States and has installed over 2, 200 pump sets.

Co-founders Kartik Wahi and Soumitra Mishra were classmates in Kellogg School of Management, US, and their only goal was to be entrepreneurs. Kartik says, “We were keen on identifying under-served markets and making a breakthrough. One day, we were discussing many ideas over coffee and that’s how we stumbled upon clean energy, which was a theme in vogue both in US and India. But that’s where the similarities end. In the US, the efforts of reducing carbon footprint is driving solar whereas in India, it is inadequate access to energy that is forcing our population to rely on diesel, and that’s precisely why we are now exploring it as a solution.” They were later joined by Gaurav Kumar.

It took the trio intense research of 7-8 months to figure where they wanted to be in the clean energy space. And that’s how they decided to tackle problems in the area that continues to be the mainstay in India’s economy- agriculture, using solar as an off-grid solution.

At that time, even the term ‘solar pumping’ was non-existent, leave aside thinking of it as a solution. We instantly knew this is where we wanted to be.

How does power contribute to agricultural woes?

India has close to 2.2 crore irrigation pump sets installed. Of these, 1.2 crore are powered by grid electricity and the remaining by diesel. Together, they consume a staggering 20 percent power generated by our country, every year. But problems are rife. While on one hand, diesel-run pump sets are extremely expensive to operate, on the other hand, given unequal power access, electric pumpsets are completely unreliable. States such as Bihar, Maharashtra and Punjab have extreme power deficits, ranging between 20 and 30 percent.

In Mewat, Gujarat, a farmer who has 15 acres of land has to spend Rs 1,000 on diesel every day and, even then, he can irrigate only 10 percent of his land per day. Where will the money come from on a daily basis? He can’t rely on power because it’s available for only 2-3 hours daily. And if he doesn’t irrigate his land, his produce suffers which has an impact on his profits. So he takes loans to try avoiding the situation, gets trapped in debt and the never-ending poverty cycle.

This is where Claro Energy’s solution hopes to step in, by helping give a boost to a sector that employs 65 percent of India’s population but contributes to only 16 percent of the GDP.

The company has solar pumps ranging from 1 HP –to 10 HP, operating on AC and DC, which can be installed on the surface as well as are submersible. Kartik says,

A 2-HP pump set will cost a farmer about Rs 2,00,000, allowing him to water his five-acre land. If he goes the traditional route of relying on diesel, he will be spending Rs 70,000 on an average per annum. If he invests in solar, he can recover the costs in two – three years.

Further delving into the impact it has on the farmer’s income, Kartik says,

Farmers who have installed solar pumps three years ago are now moving from staple crops to high-yielding ones such as mushrooms, banana to name a few. Some have even started fisheries in their lands. So, from selling staple crops at a rock-bottom price to eke out a living, they are now making profits. Power is finally in the farmers’ hands.

Claro Energy has four different models to suit the financial capabilities of its customers: subsidy-supported, lease, bank-funding and pay-as-you-go model.

In five years, Claro Energy has expanded to 14 States and has 105 employees. It has 2,200 projects on the ground, which are cumulatively benefitting over 10,000 farmer families. Additionally, there are over 2, 000 solar pump projects under execution. Revenue-wise, it is expecting to clock in about Rs 30 to 40 crore this year.

As part of its CSR strategy, ITC adopted Claro’s solutions, by installing two 2-HP submersible solar water pumps – an intervention through which they hope to benefit around 15 farmers of two villages (Odisha’s Ganjam district). The pumps discharge 90, 000 litres of water per day and farmers are now moving away from cultivating rain-fed paddy to multiple vegetables. The usage charges which the farmers collect are being used for the group’s agricultural development thus ensuring overall community development.

Kartik’s experience helps him point out to three aspects that helped establish a successful business for the bottom of pyramid:

But, the most important thing that he highlights is, “As entrepreneurs, we spend the greater part of our journeys trying to raise capital and drawing parallels with other entrepreneurs who are already successful. But if we focus on creating business value and remember that we all have our own journeys, creating impact becomes a faster possibility.