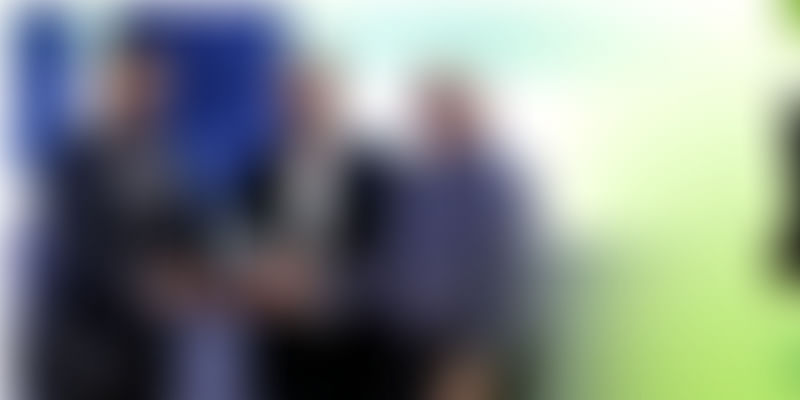 Growing up in smaller towns in India where energy and water bottlenecks were typical, 35-year-old Arun Shenoy and 40-year-old Mandar Kaprekar spent their early lives envisioning an energy and water-efficient India. Since non-conventional forms of energy were rarely given enough footing, with coverage mostly limited to a few paragraphs or last chapter in engineering textbooks, Arun and Mandar knew their goal went beyond business success. They took on the larger mission of moulding entire ideologies to internalise sustainable thinking.

In April 2010, Green India Building Systems and Services (GIBSS) started its operations from the living room of an apartment. From a small bootstrapped team to a funded 90-member participative organisation with more than 75 large customers and a 40X growth, the duo are well on their way to achieving what they set out to accomplish.

Men on a mission

Arun had completed his Masters in mechanical engineering from Oklahoma State University, USA with Geothermal Systems as his area of specialisation, and worked in US geothermal heat pump manufacturer Climatemaster and then with TRANE’s USA and subsequently India operations, in 2008. He had moved to India with an entrepreneurship bent, upon sensing the scope that geothermal energy held in resolving India’s energy crisis.

At TRANE (India), Arun crossed paths with Mandar – a Mumbai University and IIM-B alumnus- who had worked in the building systems industry, geoexchange space and district heating and cooling systems for over 15 years in India, UAE and the United States. Mandar had also transitioned from the Middle East to India to float an entrepreneurial venture. Arun says,

It is just a sheer fortunate coincidence that the two of us- with such similar visions- met, and were in the same stages of life. We decided to take the GIBSS vision live in February 2009, after gathering collectively over 20 years of intel on geothermal tech.

GIBSS promises to reduce users' electricity bill by half, and ensure their water bill is zero. This is their campaign, and end goal. It is a clean technology company focussed on offering turnkey geothermal air conditioning design and installation. It is headquartered in Mumbai with offices in Delhi, Bengaluru, Hyderabad and Singapore. GIBSS has generated annual savings of over eight million electrical units and reduced over 150 million litres of water consumption for over 400 buildings in India till date.

What is geothermal technology?

Geothermal technology can be applied to any cooling or heating application, be it for comfort (air-conditioning) or for process (industrial) applications. “In comparison to the traditional air conditioning systems, up to 60percent energy savings can be achieved through this innovative technology,” explains Arun, who is the CEO at GIBSS. The technology uses the ground as a heat source or a heat sink and is able to take advantage of the undisturbed and renewable ground temperature band to enable an enhanced thermal gradient for ultra-efficient heat transfer, thereby reducing air conditioning energy consumption considerably.

In addition, the technology is also 100-percent water efficient, since it rejects heat using conduction and convection and not through evaporation as it is the case in traditional air conditioning system cooling towers, which lose approximately 10 litres of water per hour to the atmosphere for every ton of air conditioning.

Arun mentioned that the idea of floating GIBSS was to make every building in India, a net zero energy building. He believes that the first step in this effort is to reduce energy consumption and demand in buildings by upto 60 percent. It can be achieved through development and introduction of demand side ultra-efficient technologies such as geothermal air conditioning, co-generation systems for hot water and LED/induction technology in lighting. Then supply side solutions such as solar may be introduced to help buildings achieve net zero energy.

Of the benefits of geo-exchange technology, he adds,

As per World Wide Fund, if developed for tropical regions such as India, it could reduce national electricity demand by more than 35 percent, national industrial water demand by 30 percent and green house gas emissions by more than 22 million metric tonnes.

What the markets promise

The geothermal market in India is sized at Rs 70,000 crore in commercial and industrial domain. The geothermal installation base in India is expected to grow at an impressive 300 percent rate year on year for next eight to 10 years. According to geothermal experts in India, some of the factors that would trigger this growth shall be exceptional commercial viability of the technology with payback under three years, active participation from the Ministry of Renewable and New Energy through the draft National Geothermal Policy launched during REINVEST summit in February 2015, smart city projects planned in India actively exploring geothermal technology, and the more than 300-percent jump in the number of IGSHPA (the apex body for geothermal installations worldwide).

GIBSS is the pioneer of geo-exhange technology in India and took substantial R&D time for aggressive launch. The four years invested in developing strategies to apply the geo-exchange technology for tropical climates such as India has resulted in four patent filings in geothermal strategies, design and geothermal vault, and copyrighted ground thermal and hydrological data for 29 cities in India, geothermal vault manufacturing (patent applied) in-housethat reduces cycle time on project execution by about 30 percent, 11 IGSHPA accredited geothermal expert team, and key stakeholder in national geothermal policy discussions with the Ministry of New and Renewable Energy and Ministry of Water resources.

Their Geo-exchange innovation promises a simple commercial payback of 2-3 years. They are also the pioneers of the geothermal cooling technology – introduced in 2012 – that is applied to tropical climates all around the world.

To provide some assurance on the savings, GIBSS worked out a performance bank guarantee and put in place a ‘pay from savings’ model where the customer would not have to pay upfront but pay from the savings that they had guaranteed to them. For their existing technology, which may still be in good working condition, GIBSS provided a buy back solution and routed it to an e-waste management ecosystem. To address service issues in towns like Mohali or Bellary, all spares would be provided locally to the customer, so that in the rarest possibility of a malfunction, the customer has zero downtime.

Since starting up in 2009, GIBSS has been working with over 400 buildings across industrial, institutional and commercial settings like IT/BPOs, five-star hotels, data centres for space cooling applications and Industrial plants –pharma, automotive, cement, FMCG for process cooling applications, to help them achieve the net zero-energy building path. It has received the India Innovation Award from the Ministry of Science & Technology, Government of India and ClimateSolver Award from World Wide Fund for Nature. The latest feather in their hat is winning an award for their innovations at the Marico Innovation for India Awards 2016. The founders hope to scale to over Rs 600 crore in the next 4 four years.

Last December, the Indian School of Business campus in Mohali won the smartest building in India award. The campus uses GIBSS geothermal air conditioning technology and lighting technology that saves them 30percent in their electricity bills and also saves them 13 million litres of water every year - equivalent to leaving a running tap open continuously for 3.5 years!

In early 2012, GIBSS raised seed capital from SRI capital, run by serial entrepreneur and Angel investor, Sashi Reddi and from Hyderabad Angels to build teams and towards working capital requirement. In 2015, GIBSS raised Series-A investment from Infuse Ventures, India’s top clean technology fund which is backed by IIMA CIIE, Government of India’s Ministry of New and Renewable Energy (MNRE) and ResponsAbility, one of the world’s leading asset managers in the field of development investments, along with Infuse Ventures, India’s top sustainability and clean technology fund.