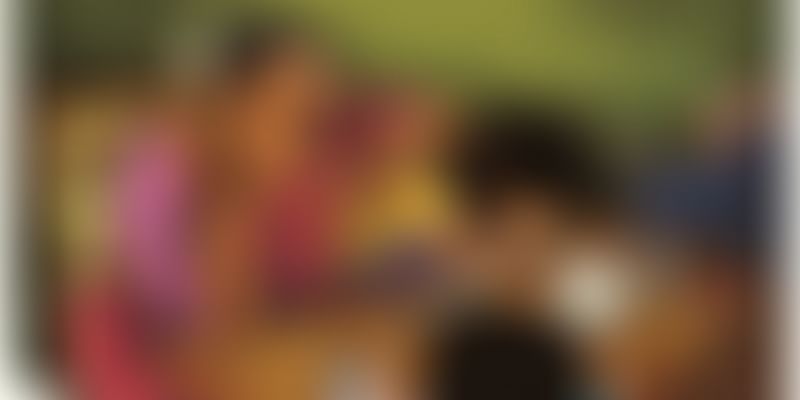 Much has also been written about not enough indic content around, especially in a format that is palatable for children. How are we going to spark a child’s interest if we aren’t able to help children read stories in a language they feel comfortable in?

There are three major problems owing to which children in India aren't reading enough – a very low number of books available, a lack of linguistic diversity of books, and barriers that limit access to the books. With 22 official languages, and hundreds of smaller ones, the multiplicity of languages becomes a challenge for publishers. They prefer to print in the lead languages and ignore the rest.

Not-for-profit children’s book publisher Pratham Books was set in 2004 with the mission to see ‘a book in every child's hand’. The key objective was to publish good quality, affordable story books in multiple Indian languages to support reading acquisition among children.

There is more treasure in books than in all the pirate’s loot on Treasure Island.

StoryWeaver is an open source platform by Pratham Books for multilingual children's stories. It addresses all the issues around the lack of content by using the open access framework and technology as force multipliers. With over 1,500 stories in 35 languages, it is a free gateway to a stream of openly licensed stories in Indian and international languages. The stories can be read, shared, or downloaded for offline usage and in print-ready formats. “This helps in increasing access where there is none,” says Purvi.

StoryWeaver has embedded tools for content creation to enable people to re-purpose the content into more languages and versions. Users can translate a story in their preferred language or create a story from an image bank of over 2,500 images. Purvi elucidates, “By enabling the creation of locally relevant content, organisations can customise the creation of content to suit their needs. At one level, StoryWeaver is a large digital repository of content and on the other, it can provide tailor made, hyper-local content for a specific need. By making all of this content available for free, StoryWeaver is reducing the barriers to access good quality multilingual content.”

As a finalist at the Google Impact Challenge in 2013, Pratham Books won a grant to develop the idea that they had presented – which was to build an open source platform with multilingual children’s content. StoryWeaver was launched on September 8, 2015 – International Literacy Day.

The undercurrent is to connect content creators at one end (authors, illustrators, translators, reviewers, and publishers) and content users on the other (children, parents, educators, librarians, and publishers as well – since they could use this content in their publishing programmes) through StoryWeaver.

StoryWeaver has an online-offline strategy. Purvi explains, “While content creation happens online, content consumption can happen in offline mode as well. For example, we have seen teachers in Government schools download stories from StoryWeaver and project them to a class. The interesting thing is that the story per se is a starting point – once the story is read, it then becomes a medium to engage the class with much more – be it concepts, reading comprehension or creative thinking.“

A well-thought through platform

StoryWeaver has been designed keeping resource poor conditions in mind. It has a simple, clean, non-bandwidth intensive interface that can be accessed via a variety of devices, including mobile phones. The stories are available in different resolutions to reduce the data to download and increase the speed of the download. Purvi says that these factors have helped in the early adoption of the site.

The platform is doing its bit for minority languages too. Purvi says,

StoryWeaver's architecture is built for scale and one of the hard choices was to be Unicode compliant. This was a non-trivial exercise considering the complexity in Indian language scripts, but it guarantees content accessibility and discoverability. This has allowed us to add complex script languages, like Khmer, and tribal languages, like Kurukh, Mundari, and Sadri, with very little effort. Users then come and create stories in these languages helping preserve minority languages.

Fifty per cent of the 600 stories that have been created by community users over the last six months are translated versions across 24 languages.

Purvi says that the outcome has been overwhelming. “We have also seen that people are very eager to upload their own illustrations, in many instances. There has been a lot more engagement with some languages, over the other. We're seeing a lot more stories being translated into Telugu, Sanskrit, and Malayalam, for instance. But we get a steady flow of requests for new languages to be added, which is always heartening: Santhali, Farsi, Kurukh, Korean, Welsh, Japanese, Norwegian, Burmese, etc.”

Platforms like StoryWeaver are also a breeding ground for publishers looking for new talent. Purvi narrates one such incident, “We have identified a Tamil translator who was contributing on StoryWeaver and commissioned her for translations. Similarly, one of the illustrators of our #6FrameStoryChallenge got commissioned work after she was noticed for her contribution to StoryWeaver as part of the contest. “

With the platform being open source, the obvious question that arises is about the quality and type of content, especially when the platform’s ultimate target audience is children. Purvi says,

One of the reasons that StoryWeaver has been able to scale is because users can instantly publish their stories. If we had to step in and evaluate the 600 stories, we would have been the roadblock to publishing at scale. Moreover it’s also not possible for any organisation to have reviewing capabilities in so many languages.

Pratham also received a grant by ‘Oracle Giving Initiative’ recently. This grant has supported the development of 200 STEM digital books (20 titles x 10 languages). These digital books are already available on the platform. Yamini Vijayan, Content Manager at StoryWeaver, talks about the idea behind these non-fiction books, “These books are a great way to provide information and new facts to children using a compelling and engaging narrative. While the aim of each book is to inform and educate, the idea is also to nurture the innate sense of wonder in children and in turn, encourage them to explore further. Through these informative books, we attempt to inspire curiosity in children about a range of non-fiction themes and help them engage with it in fun and memorable ways.”

To create these books, StoryWeaver brought in Guest Editors like popular children’s author Roopa Pai, environmental writer Bijal Vachharajani, renowned author Payal Dhar, and editor Vidya Mani, who was a founding member of Bengaluru-based Bookalore. Yamini says, “Their in-depth knowledge about certain themes and, more importantly, passion for making the information appealing to young readers were an integral part of the process.”

Campaigns that further the cause

To mark the launch of the StoryWeaver platform, Pratham Books launched its “Weave-a-Story” campaign. The campaign, rooted in ideas of inventiveness, diversity (in language) and collaboration, saw eight enchanting children's stories that was translated in 113 languages, 91 of which are Indian languages. “We're delighted to say that as part of the campaign, we added languages such as Mundari, Sadri, Konkani, Khmer, Portuguese, etc.,” says Yamini.

StoryWeaver launched the #6FrameStoryChallenge to create a rich bank of illustrations. They received over 450 vivid illustrations that are now under open-licences. Some of the illustrations from this campaign were used by Pratham Books in the form of six new stories in two languages.

Stories are at the very core of YourStory. It is through stories that the world passes the lore. It was about time for stories to help languages make a grand comeback whilst inspiring the leaders of tomorrow’s world.