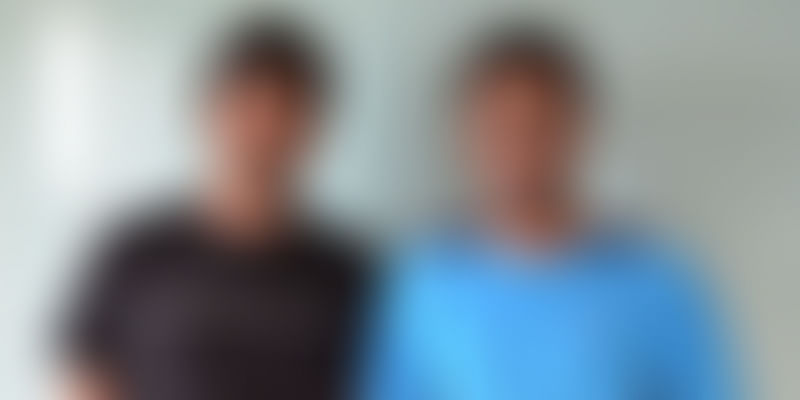 In 2013, Arpit Jain and Arink Verma, while still studying at IIT Ropar, were working on Enactus, an idea forum to build sustainable business models outside the community.

However, the duo didn’t see much business potential to scale with this idea. Good for them, because Arpit (26) and Arink (24) found something far better appealing and lucrative. Mobile gaming was a rage among their friends in college, and the pair noticed an interesting behaviour. To avoid pop-up ads, their friends would switch off their Internet and then resume playing the games. This got Arpit and Arink thinking of a content-driven approach to in-game advertising, prompting them to set up GreedyGame.

Live since March last year, GreedyGame is a platform for content creators to monetise their content through advertising without disrupting the experience of the users. The way they go about this is by blending the required content with the existing one.

We use the existing content in the game and brand it in real time. This could be characters or objects that are central to the game.

So what really differentiates them from an InMobi or Google AdMob?

The founders say their platform is more content-driven rather than medium-driven, like InMobi or Google Adworks. This means that the platform uses engaging units of the game like billboard, storefronts, characters and objects, placing the advertisements intelligently and intuitively. This doesn’t let users to ever go out of the game, which medium-based advertising does by breaking the experience through banners and popups, which is generally avoided by the user.

At present, the firm has inserted brand content in more than 50 games that are live in the market, and is liaising with more than 30 game publishers, including big names like Disney, Nazaara and Games2Win.

Its current clientele list includes more than 25 brands, like Pepsi, Airtel, Quikr, Fastrack, Ola, Flipkart and Vespa. They also work with agencies like GroupM and Dentsu.

How are they selling?

The platform charges on the number of sessions of the game, including a cost per session. A session starts after the user has crossed 60 seconds of gameplay, with the platform usually charging $8-10 for every 1,000 sessions.

However, the pricing can also be differential based on internal analytics of user interaction, engagement and complexity of the game. According to Arpit, the firm is still figuring out a standardised pricing. At present, GreedyGame claims to have an outreach of a million users, earning anywhere close to Rs 15 to 20 lakhs per month.

In September 2015, the firm raised a seed fund of $200,000 from Times Internet and other angels like ex-Flipkart heads Ankit Nagori and Sujeet Kumar amongst others.

In the coming six months, the firm is looking to expand its operations to Southeast Asia and the Middle East. It is also looking to raise its Series A round in the coming three months, to focus on videos.

Since FMCG clients are looking at targeting videos, GreedyGame is looking to build a platform that intuitively places advertisements or content after a certain video is made. It also looks at matching the right video-maker with the right brand.

GreedyGame claims to be growing its gaming inventory by 75-80 per cent month on month.

In India, PLAKC is a similar platform to GreedyGame's, focussing on intuitive in-game native advertising. It is at the same growth phase as GreedyGame as well, also looking at raising a Series A in the next three months. Globally, there are players, like from Israel and Media Spike and Rapid Fire from USA and Canada, working in a similar domain with the same technology.

According to media reports, mobile advertising in India has grown from a $25-million market in 2011 to $70-$80 million in 2015. Growing at 60-70 percent annually, industry estimates state firms spending 2-4 percent of their overall media advertising budgets on mobile ads.

With this number all set to grow, the mobile advertising space holds immense business opportunity for multiple players claiming a slice of the pie.