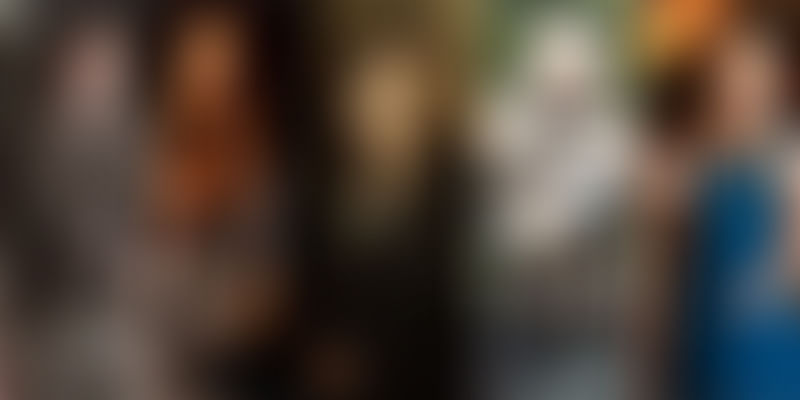 What reality does not offer, fiction and fictional characters more than make up for, letting us often submerge ourselves in situations that can only be enjoyed vicariously. But, whether it is adventure, drama or mystery, sometimes, these characters do tend to pop out of their fictional 2D world, to enter our lives, and impact our thoughts, perspectives and even our actions.

One such example that offers some inspiring characters is the popular series, Game of Thrones, especially with some of its strong women. Each of these characters represent qualities that echo our own personalities, or those that we would like to emulate.

Arya Stark, the youngest daughter of Eddard Stark, the Lord of Winterfell, and Catelyn Stark, has always broken stereotypes. Ditching feminine recreations in favour of wielding the sword since a very young age, Arya was not a typical Lady.

Faced with some harrowing situations, from seeing her father’s beheading before her eyes to escaping confinement, she not only managed to outwit her captors, but also used her skills as a swordswoman to survive difficult situations. Dressed like a boy and driven by the desire to avenge her family and her father’s execution by the Lannisters, her resolve is matchless.

As the epitome of courage and tenacity she has always followed her own heart. A keen and fast learner she has proven time and again that nothing can stop you if you desire something deeply.

Sansa Stark has been a victim of politics and has seen the worst of life. Be it her father’s beheading, her marriage to Tyrion Lannister and being traded in marriage by her uncle to Ramsay Bolton, who raped her on the night of her marriage. Sansa is not a sword-wielding, fearless young woman like her younger sister, Arya, but she makes it up with her patience, and dignity under duress.

Through the pain and abuse Sansa has held her own with a quiet dignity that is hard to come by. She has a reserve of strength that has seen her through some of the worst moments. She has been alone in the face of abuse but she held on to threads of sanity, in the hope of better things to come. Though she carries deep scars, she always displayed resilience. And at the opportune moment, she finds ways to get out of tricky situations, like the situation where she managed to escape her abusive husband.

Brienne hails from the House of Tarth, and was serving Renly Baratheon who was killed by his brother.

Brienne’s sense of loyalty and promise is exceptional. She is fearless, strong and unyielding in the face of challenges. She is a woman of her word and has always lived by it. Her loyalty to Catelyn Stark and her family after she gave her word to Catelyn shows Brienne makes promises for life. She had pledged to protect Arya and Sansa, the Stark sisters and has lived by her words so far.

Brienne’s steadfastness and fidelity are a prime examples of how promises are to be kept.

She is a leader who has found her way to the top after numerous obstacles. Never the one to turn away from challenges that life coughs up at every step, she has not only fought back but also fought with a vengeance that makes the challenges look small.

Daenerys has clearly shown that she has the will, the courage, the heart and the acumen to rule and lead. Driven by a purity of purpose she is always able to invoke loyalty, especially in her fight to bring justice and freedom to the enslaved and the unsullied.

Also a strong and protective mother to the dragons, it is her conviction that made her walk in and out of a raging fire unscathed.

Married to Eddard Stark, she was the mother to Sansa and Arya, as well as three boys. She was loving, gentle yet strong, a protective mother yet a strong and enterprising leader. Her own experience with politics made her spare Jamie Lannister’s life in return for her daughters.

She was driven by an innate sense of honour and is a great example as a mother to her children. Following her husband’s execution, she stepped into his shoes and stood up as leader to his people.

Viewers of the show have been inspired and motivated time and again by these women, who teach us to not let tribulations get the better of us, whether at work, or in the journey of life.