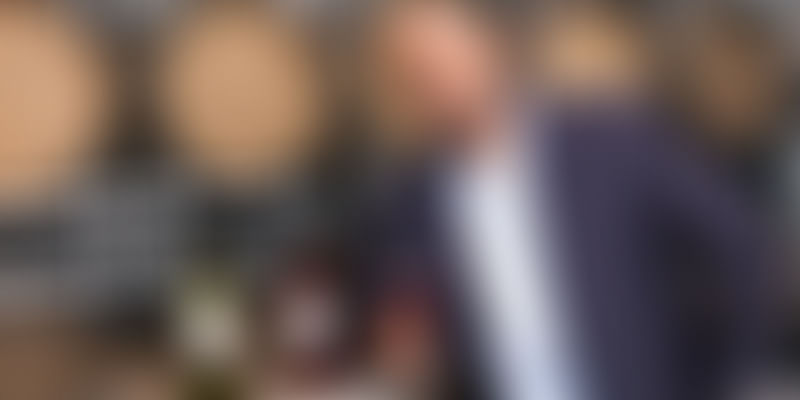 If mankind’s evolution so far has been fueled by the principle that ‘one man’s poison is another man’s food’, the only way we will be able to add more chapters to our existence is by being mindful of the principle, that ‘one man’s waste is another man’s treasure”. Adrian Pinto, who spent his childhood revering the greens of nature, grew up to worship the purples of wine. It thus came naturally to the connoisseur to make a potpourri to save the world.

Best out of waste

“Ever since I was a little boy, I was taught to care about the environment, be sustainable and what the repercussions would be if we didn’t,” says 31-year old Adrian.

Adrian procured a diploma in Hotel Administration and Food Technology and a Post Graduate Diploma in Hospitality from Australia. “It was in Australia that I was exposed to wine and vineyards. In 2000, when I began my 15-year stint with the wine industry, working with the likes of Sula, Diageo and currently, Pernod Ricard, I fell deeper in love with nature. I began to understand how important it was to protect the environment and the impact it had on not just the vineyards and wine but also the farmers and all living things in general,” Adrian says.

Over the years, he saw the expanding heaps of pomace — solid, pulpy remains of the grape, after the juice is extracted — at various wineries as India escalated production from one lakh cases in 2000 to close to 30 lakh in 2016, and he wondered what better use this pomace could be put to, other than composting them.

“I spent the last four years researching pomace, its uses and in the process stumbled on the composition of pomace. The quantity of pomace produced in India is nearly 4,500-5,000 tons per year, of which less than 250 tons is used for value addition, and nearly 4,750 tons is available for captive use. Moreover, wineries pay $5 a ton to dispose of the waste. While the grape seeds could be processed into cosmetics, oils and food products, the stocks and skins out of the pomace are mostly used in landfills and composting. The fiber content in the pomace interested me. It occurred to me that paper is also made from various fibers and thought, why not pomace?” he says.

Being too embarrassed to share the idea, the first batch of “grape paper” was produced in Adrian’s kitchen, with a kitchen blender and some nets. “I loved the color and texture of the paper, that was the beginning… When I discovered that pomace could be a possible replacement for wood in paper, it thrilled me no end,” he adds.

This was Adrian’s own personal rabbit hole, and he found himself falling deeper and deeper into the endless possibilities. Through rigorous R&D, Adrian postulated that paper can be made purely from grape waste, be tree-free and chemical-free. It is also cost-competitive, given the lower costs of raw material as opposed to traditional fibers extracted from wood, thread, biomass, cotton waste etc. It was certainly more sustainable and eco-friendly, as it reduces waste discharge and enhances sustainability of the wine industry, not to mention curbs the cutting down of trees for paper production.

The concept would also allow grape farmers to generate income by selling unsalable or damaged crop for paper production.

Adrian enrolled for a course at IIM-A, which helped him accelerate his project.“I filled a patent application for ‘Paper Made from Organic Waste and the Process Thereof’. It is tree and chemical-free paper, which is produced from 100 percent waste. It uses up to 40 percent pomace/marc, which is grape waste, and the rest is other organic waste. From the patent search report it appears that this paper is unique in nature. We have conducted value tests, developed some prototypes and are in the process of initiating ‘carbon certification’, and I have been informed that it looks promising,” says Adrian.

As Green Paper Works came into existence, Bootstrapping and getting a buy-in from the largest generators of the waste has been the toughest challenges, but the ‘patent-pending’ tag provided the necessary validation to Adrian’s business idea.

There are many probable uses of this paper – like captive and special packaging, and new product development, to mention a few. “This helps, in its own small way, to reach Global 2020 sustainable goals, and will help wineries go from the red zone to green,” Adrian says.

Where this can goCurrently, Adrian is in talks with the Indian Institute of Packaging Mumbai (IIPM) to develop captive packaging for the wine and spirits industry. The paper is currently being tested by IIPM for being a food-grade packaging paper. “We are confident that it will open a lot of doors for sustainable food packaging as well.”

Adrian also wants to work with local people who do arts and crafts, like traditional folk artists to produce one-of-a-kind hand-painted gift boxes. “We also want to help destitute women and differently abled to make bags out of our paper,” he says. He is targeting corporates and individuals who want to make a change, starting with the stationery they use (files, envelopes, packaging boxes, etc) to packaging (bags, boxes, labels, etc) to gifting (Diwali, Christmas, conferences etc), captive packaging for the wine and spirits, textile and luxury industry.

Adrian also plans to license existing paper mills to use their process, once the patent is approved. Currently, he is producing handmade paper using his homegrown technique. Going forward, they have signed an NDA with a world leader in research and development related to pulp, paper, packaging and bio-refining.