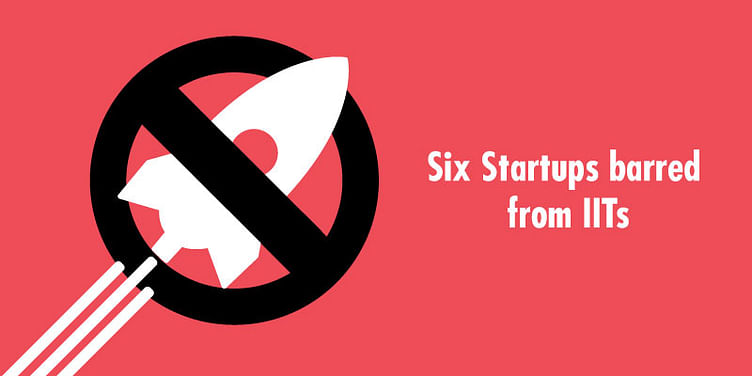 Looks like funding crunch and the multiple shutdowns in the startup world is affecting the ecosystem's pursuit to hire fresh talent. Country’s premium institutes were miffed after Flipkart deferred placements for 17 candidates from IIM Ahmedabad a few days ago. As reported recently, a meeting of the All IITs Placement Committee has decided to bar six startups from campus recruitment in these institutes for 2016-17 on the grounds of withdrawing their offers. The names of these six startups have not been disclosed.

The list however skips Flipkart. Earlier this month, the company had to defer placements of IIM A students whose joining was due in the month of July 2016. Flipkart offered a compensation of Rs 1.5 lakh to these students. Apparently the e-commerce unicorn has (verbally) committed to providing these graduates with a paid internship of Rs 50,000 per month besides initial accommodation and joining bonus. A news report states that Runnr (Earlier RoadRunnr) and Click Labs had also deferred their placement offers. Runnr has agreed to on-board the students by September 30, while Click Labs have been given a week to respond. Currently, students who have accepted one job offer are not usually allowed to be appear for other companies. However, the situation may change for those who have been in trouble in case of such unstable situations.

A Livemint report has stated that five companies which had reduced their pay package to the students – by up to 25% - have been notified to honour their original offer in a week, or face a ban. The report states that if the blacklisted companies provide a satisfactory explanation for their actions, the ban will be revoked for 2017-18. Most of the recruitment drives are scheduled from December to February, and joining dates are between July and August.

Hugely funded startups hiring from elitist institutes have been common practice for the past 4-5 years. IITs, IIMs, ISB, and XLRI, are among their favourites. Quite a few of them, like Flipkart, are often given day one slots, which provides an advantage of hiring the brightest ones. Students have started opting to work with these firms instead of corporate giants like Google and Microsoft, looking at them as software or tech companies (and not as e-commerce firms), sources said. Recent shutdowns have hurt their chances and the students are becoming more skeptical. But the industry experts believe that this is a passing phase, as multi-national corporates have also done this in the past. It was reported earlier that AIPC was considering making it mandatory for startups to show their funding details to ensure that students are safe, but there has been no announcements on it so far.