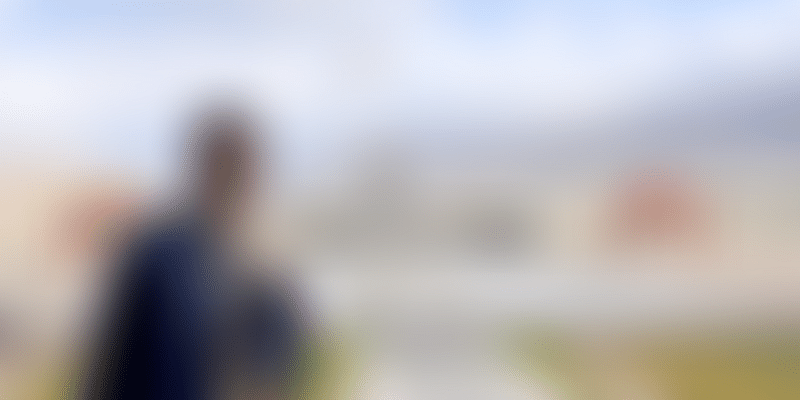 “My intention to be well informed is currently at odds with my desire to be sane.”

I stumbled upon this interesting thought. And it got me thinking about how connected and well-informed we are today, with news at our fingertips and the world at our feet and yet in a way so indifferent and unaffected. In this story, we trace the journey of a man who instead of complaining and playing blame-games, decided to do his bit for the country in his own style.

Year after year, 62-year-old Subrata Roy has been distributing approximately 1200-1400 saplings around a radius of 80-100 km of his hometown Chakulia, a small town in Purbi Singhbhum district in the state of Jharkhand. Also an avid biker, he decided to combine both his passions to undertake what everybody around him called a ‘crazy’ mission, to ride 8,700 km to Leh and spread environmental awareness along the way.

Subrata will break every stereotype surrounding any 60-year-old. A retired transportation inspector from the Indian Railways, he refuses to take it easy and enjoy the ‘hard fruits of labour’ as they call it and is striving to spread environmental awareness. From reforming alcoholics to educating the ignorant, he has done it all.

When Subrata first envisioned undertaking the bike trip to Ladakh, everybody around him was apprehensive and his idea was met with obvious fear and yet, he trudged on. He was accompanied by a friend and fellow bike enthusiast, Deshraj Goel, 31, who he had become acquainted with during one of his postings in Lohardaga district in Jharkhand.

As Subrata started on his journey, he expected conventional roadblocks along the way but was pleasantly surprised to see how strife and differences are only existent in our minds. “We set out from Jharkhand and took the Kargil route to reach Leh. Contrary to popular belief, there was no sight or sign of terror, distrust or hate in the people we met along the way, including Kargil,” he says, adding –

“The only roadblock we encountered was a natural one, when we were headed back from Leh towards Manali, a landslide had the road covered in rubble and snow for about 45-50 metres. We were told by the Border Road Organisation (BRO) that it would take about eight hours to clear the road and hence we decided to spend the night in our tents. We resumed our journey the following morning.”

This year around, Subrata and his friend will ride to Leh through Manali and take the Kargil route on his return journey. The duo plans to cover the mighty distance of 8,700 km by riding an approximately 650 km/day over a span of 23 days. They will be distributing pamphlets in the villages and towns along the way in a bid to spread environmental awareness.

Along with his efforts to create a greener India, Subrata also mentors and counsels unemployed youth. Subrata says-

“Amongst the scores of problems that are plaguing our country today, unemployment is specifically more consequential. It is strange how we all want to send out children to private schools, get treated in private clinics but at the same time are desperate to secure a government job, for all its perks. This attitude has to change.”

The main cause of most problems we encounter today is ignorance and Subrata is doing his bit to help people overcome that. The saplings he distributes every year are procured from the Forest Department free of cost and can be availed from the department in very part of the country after the onset of monsoon.

As Subrata undertakes the journey this year around, he has a message for the youth and his contemporaries alike –

“The solution to every problem is within you. Cannot find a job? Create one. Work hard, be ambitious and also don’t shy away from enjoying the fruits of your hard work. If you have just retired or stepped down from a service, don’t feel complacent and disillusioned. It’s never too late to begin a new journey.”

While most of us are glued to our TV sets watching intellectuals and people of importance bicker over how insensitive our country is getting by the day, Subrata is discovering the real India on his 17 year old Yamaha RX 135, that is laden with a few staples for survival, a tent, and a lot of hope.

And when I ask him if he can feel the nerves a day prior to beginning his journey, he says,

“Of course, but you know as they say, darr ke age jeet hai.”