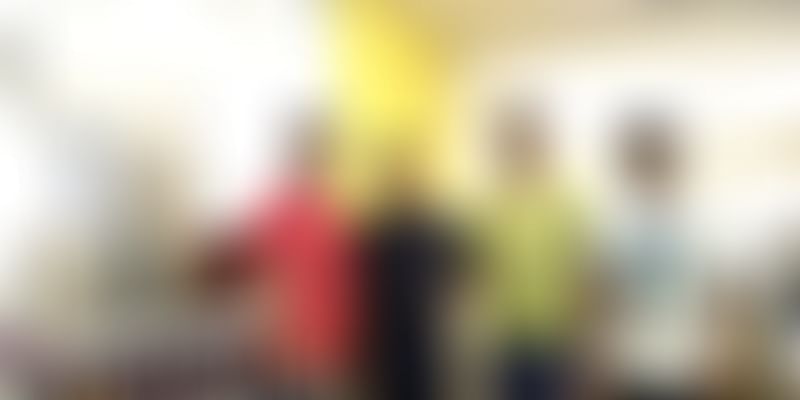 Digital healthcare platform 1mg today announced its acquisition of Medd, a diagnostics and imaging tests marketplace, in an undisclosed deal. The acquisition announcement comes within two months of the platform getting Series-B funding of Rs 100 crore in a round led by Maverick Capital Ventures and an additional funding from HBM Healthcare Investments.

Post-acquisition, Medd Founders Arpit Kothari and Anurag Mundhada has joined the 1mg team. Arpit confirms no layoffs have been made. Founded by IIT-Bombay graduates, Medd had raised $150,000 in funding last October. It is present across Mumbai, Bengaluru, Jaipur, Indore, Nagpur and Bhopal.

Medd had also presented their platform at the World Congress on Public Health last year and had even demonstrated close to 80 percent reduction in cost for a patient using the platform’s services. Prashant Tandon, CEO and Co-founder, 1mg, says that with this acquisition the team will be accelerating their drive to provide the best healthcare, enter new geographies and increase their footing in the radiology segment. He believes Ankur and Arpit's set of business and healthcare experiences will be valuable for the 1mg's growth.

1mg currently claims to have over six million app downloads and 80 million annual visits on its platform. Its e-diagnostics services is available across 23 cities. With the Series-B round, the team intends to launch digital health products like smart prescriptions, which will help individuals understand their health concerns and manage them well.

With its smart prescriptions, the team aims to equip its users with information on the generics that can be prescribed, and also for them to learn of the side-effects and potential drug interactions. Prashant adds that they would be significantly focussed on investing on product, technology and analytics. They also are looking at engaging more deeply in several public programmes like the ‘Jan Aushadi Yogana.’

On the acquisition, Medd's Arpit says that the team is looking forward to working with the 1mg team to make high-quality diagnostic services easily accessible and available for all.

“We have been focussed on diagnostics, which is an important but comparatively smaller part of healthcare. We realised that on-boarding of customers would be expensive, and if we got plugged into a system that has an existing customer base, we can drive more value. 1mg is bigger and we realised that if we partner with 1mg, then we will be able to make a much larger impact and bring value to the diagnostics space,” he adds.

With 1mg, users can book an appointment for at-home sample collection and receive test results online. The 1mg team claims that with the platform the users can save over 40-60 percent on their lab tests requirements.

The team intends to become India’s largest platform for health services, and Prashant believes that with the fragmentation in the market, the largest platforms will be the digital marketplaces. With this acquisition, diagnostics is going to be an important and integral part of 1mg’s focus.

1mg does transactional businesses in 12 cities currently, and Prashant adds that they are looking to expand the same to next 30 cities. In line with their plans of building a strong leadership team, 1mg has also on-boarded Ankur Gigras, former Marketing Head for Gastroenterology at Abbott.

He will be overseeing the diagnostics business and additionally drive innovative patient-centric models with pharma, insurance and the rest of the healthcare ecosystem. Prashant adds that Arpit, Ankur and Arpit come with a set of business and healthcare experiences that are valuable for the growth of 1mg.

Ankur believes that 1mg can open tremendous opportunities to change the way healthcare works. He adds that the platform's patient-centric model can transform the healthcare ecosystem.

With its entry in the online doctor consultations, e-pharmacy and diagnostics space, 1mg now will have to compete with a mix of different players. One of the prominent players is Sequoia-backed Practo. The e-pharmacy space is already crowded with players like Netmeds, mChemist, Medd, DeliMedi, CareOnGo and MediDali.

While 1mg is expanding aggressively and even looking to grow its online pharmacy segment, the issue of resistance by the All India Organisation of Chemists and Druggists (AIOCD) remains strong. Late last year, the AIOCD had called for a nationwide strike against the sale of medicines online. Also, there is the fear of right prescriptions and verifications.

“We most certainly are compliant with the Drugs and Cosmetics Act. In these cases, many people aren’t aware of the models and are protesting assuming certain things, which aren’t true. Most online digital pharmacies always have a pharmacist, require a prescription and everything under the law is complied with. A lot of it is misconception and misinformation about the model,” says Prashant.