How Mumbai-based ah! Ventures built a global network of 750 investors 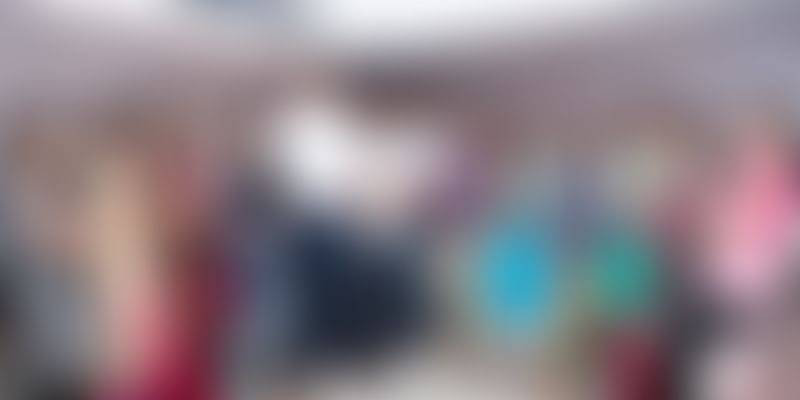 You may have often heard of a startup idea or two emerging from a sleepless night doused in alcohol. But what is rare is an idea to set up an investor network venture fund born over a pint of beer.

Set up in 2010 in Mumbai, ah! Ventures was the brainchild of Harshad Lahoti, an engineering student from Pune, who began his career with Larsen & Toubro in 2002. Wishing to do something more, his interest in finance and investment further propelled him to start Intercontinental Investments, an investment management and consultancy firm in 2005.

In 2006 -2007, the private equity and investment space was very different from the current scenario. “There were few angel investors and there weren’t many in terms of a third-party investor. There were VC funds and the friends-and-family rounds, but funding in between had seen a dearth,” says 36-year-old Harshad.

Around the same time, Harshad had built a startup around the poker card game. While looking for investment and funding for this startup, Harshad realised how difficult the process actually was.

"It got me thinking how the startup ecosystem could actually foster without 'real' angel investors, who could truly give a helping hand to startups," says Harshad. It was during this time Harshad and his friend Abhijeet Kumar, who met each other at a radio club in 2003 and have been friends since, thought of ways to create a pro-entrepreneur fund.

The duo then decided to start a fund that truly guided and helped entrepreneurs raise money. Having a few friends from the investment consultancy firm they roped in some people to put in some money to build a fund and help startups.

Pivoting from a fund to a network

However, when they approached Securities and Exchange Board of India (SEBI), they found that the guidelines were much stricter and they needed a larger pool of funds. So, after going back to the drawing board, they decided to pivot.

The duo saw that the angel investment network had started picking up and they decided to build one themselves. The network was built by roping in different angels and letting them take a call on when and how much they wanted to invest. And that is how CLUB ah! was born.

From five investors in 2012, CLUB ah! is now a 750-investor-strong group across the globe, working as a network of networks. ah! has multiple investor networks, mentor network and partners or enablers network.

In the investor network there is:

In his experience with Intercontinental Investments and ah! Ventures, Harshad adds that India is a unique case in point when it comes to angel investments. Foreigners are a little sceptical to invest at an angel level as they don’t understand the nuances and conditions of the country and consumers.

However, Harshad adds that Indians residing abroad don’t mind sending in the money, as they know how India operates.

“Scepticism to invest in India as an angel still exists, but that will change with ease of doing business. ah! Ventures is sector-agnostic. Investors are from varied fields,” says Harshad.

The focus is on anything that can scale. Harshad adds that the idea cannot be a brick-and-mortar business with a linear model, but must have an exponential growth curve.

Shiju Radhakrishnan, Founder and CEO, iTraveller says that in their experience with ah! for two years, the network has acted as mentors, investors, sounding boards, facilitators and much more. Adding to what Shiju says, Amit Grover, Co-founder AHA Taxis says that ah! Ventures follow a meticulous approach in closing deals, which not only help the startups but the investors as well.

“Abhijeet and Harshad have always surprised us by the sheer amount of time they spent with us dedicating themselves like one of us in solving some of the key issues we have faced. When we speak about our experience with investors and we believe that if ah! Ventures hadn't invested, iTraveller wouldn't have been able to sail through most of the challenges that we faced as a startup in the past couple of years.”

It is all about the team

In September, ah! Ventures will be conducting a startup summit 'STARup' at IIT Bombay in September this year. Harshad adds that the long-term agenda is starting a fund of their own, which will be larger than what they had thought of initially and they also intend to get into the incubation and acceleration space.

Harshad also believes that the team needs to be grounded and humble in their approach and at the same time need to display the hunger to make things happen. It is a tricky combination but finding a team with both the combinations is important.