Quitting academics, living on bun maska and chai, saying no to Bollywood — Meher Malik has done it all for her love of belly dancing 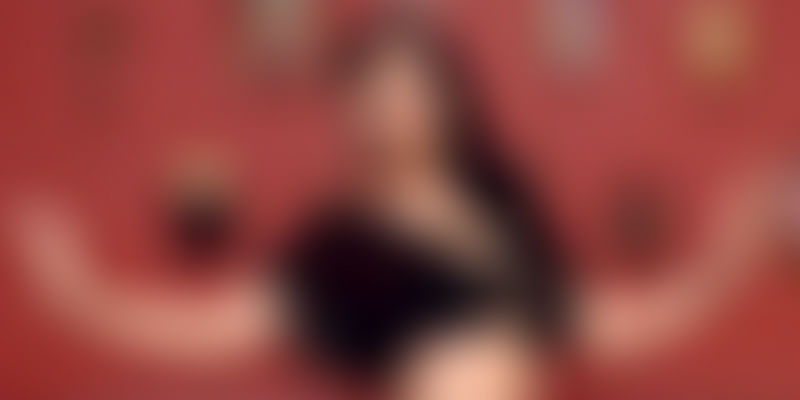 She may not be particularly desirous of the limelight, but that hasn’t stopped her from becoming India’s most known and loved belly dancer. You might remember Meher Malik as a contestant on India’s Got Talent, or, more recently, from the viral video of her dancing to the Game of Thrones theme. In this story, we trace Meher’s love affair with dance and how she has seen the approach towards belly dancing change through the years.

Yes, belly dancing is an art

Although belly dancing is now widely known and respected as a dance form, things weren’t always the same. Many of the misconceptions around it have been dispelled, but you would agree that for a lot of people, belly dancing still has sexual connotations. So how did this come to be?

It all started in 1893, when an Egyptian market with musicians and dancers from Egypt, Tunisia, Morocco, Syria, Algeria, Turkey, and other Middle Eastern countries was recreated at the Chicago World’s Fair. Despite being covered from head to toe, the dancers were considered indecently dressed simply because they had forgone the corsets the ‘respectable’ women of the time wore. The hip and abdominal movements were also considered very vulgar in comparison to the acceptable dance styles of the time which involved stiffer movements.

An influential entertainment producer cleverly tried to exploit the controversy surrounding the dance by referring to it as “the hoochy-koochy” and labelled it “adult entertainment,” thus giving it the negative reputation which is so hard to dismiss even today.

How Meher took to it

Meher grew up in the Middle East, where she lived for 17 years. She moved to India in 2006 after finishing her schooling and went on to study fashion design at NIFT, Delhi. A few months into the course, Meher realised it was dance that was her true calling.

My parents say I’ve been dancing ever since I was one, always willing to shake a leg when my favourite tunes were playing.

A dance enthusiast since childhood, she had started learning Bharatanatyam at a young age and entered her first dance competition at 13. The one thing that created a lasting impression on her mind, however, was watching belly dancers perform while she was on a Nile cruise during a school trip.

“They were so beautiful and talented.”

But her decision to quit studies and take up dancing full-time was not very well received by those around her. Moreover, she had been a topper all through, and that made her parents wonder if she was doing the right thing. An added challenge was the whole perception around belly dancing in India in 2006, when she began,

They didn’t even consider it a serious dance form. To people it was more of a source of entertainment money could buy.

Meher had her work cut out for her. Along with proving to her parents that choosing dance was the right decision, she also had to change the general perception around the dance form. Undeterred, she dived straight into it and started by working 18–20 hours a day.

She attended a dance festival in London and on her return, began conducting dance classes in Gurgaon. Making it through those early days was anything but easy.

Our struggle is what makes us. Let’s just say I had a lot of chai and bun maska in those days,

Gradually, all the hard work did start to pay off. In 2007, her classes became really popular. In 2009, she was selected as a contestant on India’s Got Talent, taking her from her dance studio in Gurgaon to the TV sets of viewers in every corner of the country. Along with the fact that people were mesmerised by her talent, Meher’s presence on the show also helped create positive awareness about the dance form. Despite not winning the show, she gained immense popularity. However, she found that such shows don’t provide much more than the initial push.

It was an interesting experience, and definitely a learning one. Reality shows do help put your work out there to the world, but they also try very hard to give you an image which you might/might not like. You need to be very smart about what you are doing so as not to be exploited. At the end of the day you have to make your own way,

says Meher, talking about her experience.

With fame come competition and expectations. Especially in a creative field like Meher’s, there’s always someone who seems to be doing better or bagging bigger shows and projects. However, Meher seems unfazed because she has clarity.

I am not in the race. I don’t want to prove any point except the fact that I love what I do and I want to do it till my body allows me to. I feel the reason people get lost is because they enter a race they were never prepared for, and they become unsure of what they want from life. I am yet to discover the many things I want but I am sure of what I don’t want.

Meher set up her dance studio ‘Banjara’ in Gurgaon in 2009 as she felt the need to set up a space for aspiring belly dancers. Since then, her studio has only grown from strength to strength. But has the attitude towards belly dance in India changed since she started? It was also one of the things Meher had hoped to change.

“People don’t say derogatory things anymore. I am met with respect everywhere I go. Sometimes people are even wary of me because my reputation of being brutally honest preceeds me. So people might still have their narrow opinions, but I think they prefer keeping it to themselves instead of putting it out there in front of me because I am extremely passionate about belly dance and will always protect the image of this beautiful art form.”

All for the love of dance

As an Indian performer, you are always asked one question — “So when is Bollywood happening?” But Meher is not looking in that direction. She never has.

The glitz doesn’t entice me. I believe their standards are very average. How often do we actually come across a masterpiece movie or choreography ? And in this current item-song culture, I don’t believe there is any space for me or my work. I think we’re too strongly opinionated for the industry. I have turned down numerous item songs for the same reason. Their idea of beauty is still size zero, whereas belly dance promotes and encourages women of all shapes and sizes to dance.

Meher is currently teaching and travelling all across India and enjoying every bit of it. She intends to continue creating work that brings joy to her and her team and wants to contribute as much as she can to the world of dance. Dance for her is not a calculated career move, but her life’s purpose.

Nothing compares to the feeling of dancing in your own studio. Just building and creating. Even though you’re attached to something, you still feel free. The balance is perfect. You truly need nothing else when dance becomes your partner.