Is digital marketing going to determine the next US President? 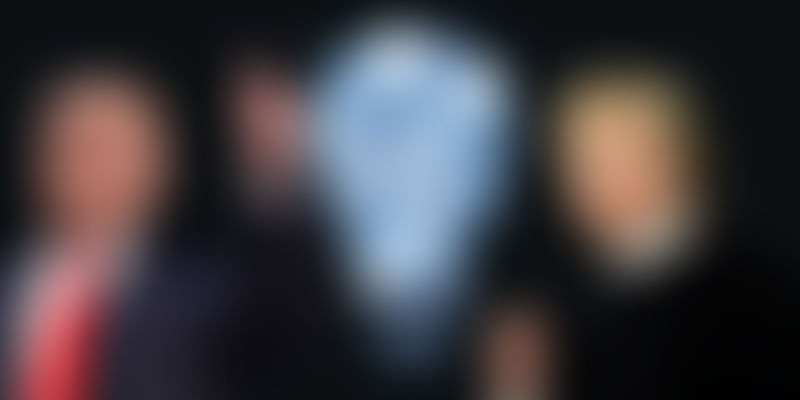 It is widely believed that with Barack Obama’s return to power in 2012, the true potential of digital marketing in the world of politics was realised. Obama’s campaign cleverly utilised the full potential of social media to gain a majority following. According to an article in ‘Entrepreneur’, Obama’s campaign videos on YouTube alone were watched for 14.5 million hours, a free exposure compared to the many hours of paid television advertisements.

Once this was realised, the trend of using digital marketing tactics for political gains became a commonplace practice, especially in the ongoing battle between the potential candidates for the hot-seat of the 45th President of the United States of America.

For those of you who haven’t been living under a rock, the battle is now between Democratic Representative, Hillary Clinton, and Republican Representative, Donald Trump. Both candidates have turned to the unchallenged influence of social media to reap in a larger share of voters.

The reason digital marketing works in favour of political campaigns like these is because it allows the candidate to reach out to potential voters at a much lower cost, instead of having to spend millions of dollars on television-based advertising. This also gives the non-traditional candidates an equal platform to rally their campaigns publicly.

As a consequence, e-mail has become the foundation channel for presidential bids, and since earlier this year, Hillary Clinton, Bernie Sanders, Ted Cruz and other candidates had been emailing their ‘friends’ (keeping to the Obama campaign of calling recipients ‘friends’) since they first pledged their candidacy.

A survey undertaken by ‘eDataSource’, found large discrepancies in list sizes and open rates. According to it, Ted Cruz's list numbered 3.6 million people with a fairly average read rate of 15 percent, while the more popular Donald Trump was registering a greater open rate of 26 percent, with a smaller list of half a million people, as stated by DMNews. This goes to show that Trump has not been concentrating as much on email advertising as his fellow candidates, relying instead on the dominating presence he already occupies on ‘free media’, which, according to some estimates, has earned him up to $2 billion. In comparison, Hilary Clinton occupies about $746 million of ‘free media’ space.

Although Trump has spent lesser on ads for his campaign in comparison to any other candidate who was, and is still, a part of the race, it is still not too late for him to influence voters via their inbox. According to Jordan Cohen, the CMO of a lead acquisition-focused ad platform called Fluent which has incidentally worked for more than one candidate in the current campaigning- his current list of about 500,000 is ‘pretty impressive’ already.

“This works the same in politics as it does in business. The bigger the brand equity, the bigger the advantage take rate, or opt-in rate. National brands like Target and Walmart have the highest take rates, and Trump is a national brand,” he said, also stated by DMNews.

Other than email, digital ‘political’ marketing as it is coming to be known, extends to the branches of social media and television.

Although all the candidates had taken on a powerful social media campaign, the one who is pooling in the most amount of effort into it would be Hillary Clinton. Although Trump has more Twitter followers, Clinton uses the prowess of LinkedIn to her advantage. Although all candidates have Facebook and Twitter profiles, none of them have forayed into the accessible land of LinkedIn, which is used actively by Clinton. Not only does she frequently post pictures from her campaign on the platform, she also writes long-form content for LinkedIn Plus. Her posts are viewed and shared over a thousand times, and as a result, she has managed to build her brand image as a candidate ready to take on professional and social issues.

While Bernie Sanders was still in the race, he had taken to using Twitter to its maximum potential by allowing his state campaign organisers to open their own accounts with the handle ‘BernieSandersOH’ reigning in supreme on the platform.

Candidates still spend a maximum of their promotional advertising budget on television advertisements to further their campaigns, since it is the most popular medium for more traditional states like South Carolina and Nevada. However, not all candidates can spend the same amount of exorbitant money on television advertising. As a result, new digitally-powered options like ‘Addressable TV’ have come to the rise and allow smaller-pocketed candidates “to segment their buys to either likely or on-the-fence voters and gain more efficient use of their television dollars.”

“When we first launched, we used basic demographic and psychographic data. Now we're in a position to acquire data sets from third-party suppliers such as Acxiom and Experian based on what the client wants and use data on the back end to measure effect,” says Adam Gaynor, the VP for media and sales of Dish.

However, television does seem to be the costliest part of the campaign for the candidates, who thus focus all their attention early on the other two free modes of digital marketing, so that they have that in the bag before contributing a significant portion of their treasury on television.

Who do you think will win the upcoming election? Let us know in the comments below!