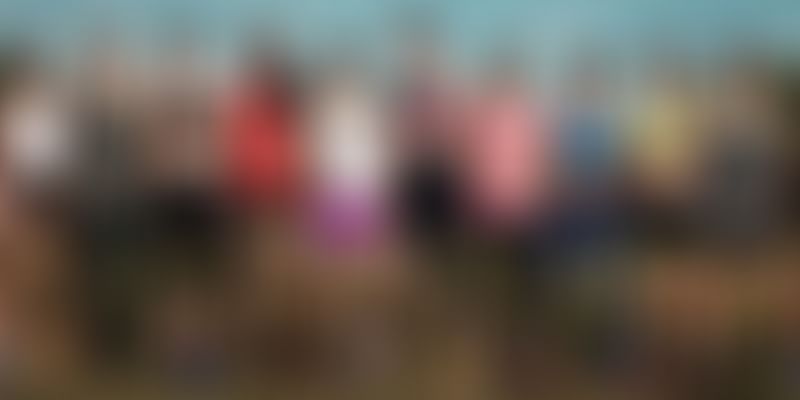 The advertisement starts with the scene of a typical first meeting in an arranged marriage set-up. The prospective bride listens shyly as the prospective groom’s mother talks about how she has been exhorting her son (who she pointedly mentions works in ‘the US’) to get married because he is missing out on home-cooked food and has to go out just to get a cup of coffee. The girl immediately gets a coffee-maker from her kitchen and gives it to the older lady, telling her pleasantly that the boy then should get married to the appliance stating, “I am not a kitchen appliance.” This Havells advert for kitchen appliances subverts the usual Indian housewife trope.

We are surrounded by advertising, since media, be it print, TV, Internet or hoardings, are omnipresent today. So the subliminal influence of this form of marketing communication on society, especially the youth, is huge. The way women are portrayed in advertisements, therefore, assumes a lot of significance.

To say the Indian woman is empowered would be wrong of course, because for every educated and independent woman, there are probably five women who are battling mistreatment or abuse and struggling for their voices to be heard. So there is nothing wrong with realistic depictions of women who are not empowered and facing their day-to-day struggles. But power of positive communication and its impact cannot be undermined either.

Products solely targeted at women, like cosmetics, feminine hygiene products or jewellery, obviously transitioned to women-oriented marketing campaigns much earlier. But generic products like electronic appliances, food or automobiles continue to heavily focus on men, despite an almost equal female consumer base. Advertising in these categories feature empowered men (in a variety of professions, body types, freely making their choices) while women are featured as stereotypes (the wife or the mother who is taking care of the family or the hot model).

Several organisations are making an effort to fighting the stereotypes and do their bit to contribute to change. Women’s money power and decision-making influence in households also make women a consumer segment that should not be trifled with.

Nike’s Da Da Ding video with Deepika Padukone and several sportswomen that went viral recently celebrated women power. Hockey player Rani Rampal, who at 15 was the youngest player to participate in the 2010 World Cup, Ishita Malaviya, India’s first ever female professional surfer, footballer Jyoti Ann Burrett and national cricketers Harmanpreet Kaur and Smriti Mandana feature in the video. Sports-based advertisements have traditionally been male-oriented – both in terms of players featured and the target audience, and Nike has been attempting to change this in their various geographic markets.

Women are powerful and lead the change. The campaign brings to life stories of such powerful female athletes. These stories authenticate how sport has shaped and made these athletes invincible. We hope to inspire young women to take up sport and ignite a sport movement among female athletes in India.

She agrees that investing in female role models for a growing consumer base of women makes logical sense. “Across the globe, we are seeing amazing momentum – our women’s business revenue is already $5 billion, and over the next two years we aim to grow it by $2 billion, to reach $7 billion by the end of FY17.”

Sportswomen still face discrimination when it comes to remuneration or training facilities. A BBC article quotes an Indian sportsperson, “India, despite its space programme and burgeoning population of billionaires, is still a very poor nation in terms of per capita income, and sport has never been a priority for the government.” As the countdown to Rio Olympics begins, we cannot forget that sportswomen who will be representing India at the world’s biggest sporting spectacle, like Dutee Chand and Dipa Karmakar, struggled to get quality training and support from sporting authorities. Female cricketers have also struggled to get a fair remuneration (which is still much lower than their male counterparts) and got central contracts only last year. So such advertising campaigns put the spotlight on these women, bringing them greater visibility and hence their problems are more likely to be heard. Sportsmen have always found commercials a major source of income and now this stream is opening for the sportswomen too.

JSW’s will of steel

Another beautiful example of advertising is Jindal steel’s advert featuring Geeta Phogat, who won India’s first gold medal in women’s wrestling during the commonwealth games in 2012. If a product that is as generic as steel can showcase women’s empowerment, it goes without saying that any product can.

Instead of restricting women to such straitjackets like ‘the wife’ and ‘the mother’, advertising and, for that matter, movies and television need real and empowered portrayals. After all, ads reflect our society and have the power to influence opinions and even fight gender discrimination.