How your biases are hurting your recruitment 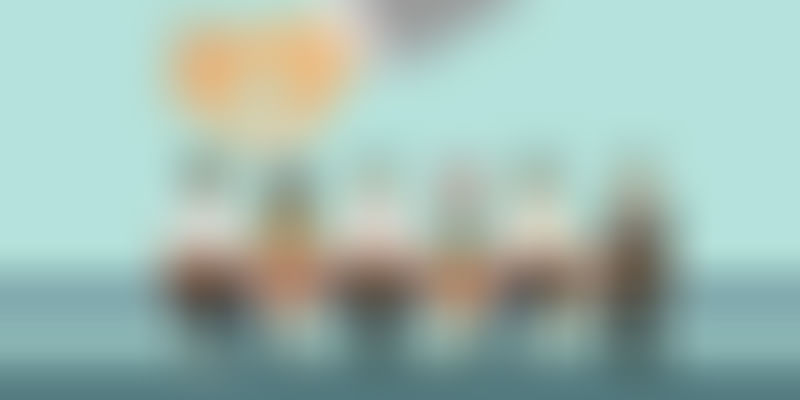 Almost 65-70 percent of Indian employers claim a lack of workforce diversity and two-thirds of them list it as their key focus in the current year.

Recruiters often lean towards a specific gender for stereotyped roles in an organisation.

“Gender parity in workforce can boost India's GDP by 27 percent”.

Startups in India boast of a vibrant and rewarding culture where employee experience is better than ever before. But how vibrant is it in terms of gender diversity? According to estimates, only 30 percent of the total workforce in tech startups are women.

Then there are perceptions like - women require better “work-life balance” and are usually seen as nurturing and emotional, while men are perceived as more energetic and task-oriented. While some of these may be just prejudices, the fact remains that our tech industry has largely been male-dominated. We still identify “competitive” job profiles as masculine.

These factors contribute to unconscious biases and affect your judgement when you’re hiring. Make sure your personal preferences do not compromise the skills of a candidate.

We asked Varun, a senior talent acquisition specialist at Media.net, for his opinion on this, he says: “We have tried running gender diversity hiring campaigns, but the talent pool is very limited”. As a measure, he says, “during the hiring process, we ensure there is a woman interviewer to understand the candidate's queries pertaining to culture, benefits, working hour flexibility etc.” However, he explains that “this issue has to be addressed at the grassroots level from schools, colleges, and industry as a whole, the entire ecosystem has to put their best foot forward to address the availability of women talent."

Sheroes, Girls in tech, and WomenWhoCode are some initiatives which are leading the charge for gender parity. They provide mentorship, support networks, hackathons, etc., with an aim to make our startup ecosystem more diverse.

Are you hiring average folks from “premier” colleges over star performers who don’t have an IIT degree?

There is rarely a funded startup who’s not making a beeline for premier colleges to get their hands on the best of the lot. That’s understandable for obvious reasons, but what’s not is our neglect of candidates from other colleges. This bias is of particular concern in India.

Recruiters also think the same way. I have often seen quality candidates getting passed over by recruiters just because there were other candidates who were from elite colleges. Varun explains how this leaning towards elite colleges may not be totally unreasonable, “As a trend, what we have seen is for niche roles such as data scientist, machine learning and product management, candidates from elite institutes have a much better hold on the concepts, research aspects, communication skills and their foundation is pretty strong.” But as a bottom line, they want the best tech talent irrespective of educational background.

This goes on to reaffirm the fact that elite colleges do have a high density of skilled candidates. However, there are still some outliers with great skills without a brand tag of elite colleges. When asked about this issue, Rahul Bhardwaj, Co-Founder and COO of Junglee Games, points out that “The world's best leaders, innovators and thinkers are not all from just elite institutions, else we'd all hold the belief that only elite institution candidates can change the world. The truth is that anyone can be a great candidate and the institution isn't a full proof merit to consider how well a candidate will do in a role.”

There are many gems hidden from lesser known colleges and fast-paced startups would benefit a lot from hiring them. It’s more affordable to hire them and you get a more diverse pool to hire from. They stay at a company longer than their elite counterparts and are willing to go the extra mile. And finally, you’re more likely to get a great cultural fit since you are choosing from a diverse talent pool.

Rahul says, “The main aspects we look for in all candidates, regardless of institution is hustle, passion and creativity.”

Paytm founder Vijay Shekhar Sharma has also aptly quoted in the past - "I have a strong urge to work with people who are super sharp, super intelligent and smarter than IIM and IIT grads”. Some of our champion companies like Wingify, BrowserStack and FusionCharts have built businesses doing tens of millions of dollars while hiring for skill and not degree.

Do you mistake lack of confidence as a lack of skills during an interview?

Almost all job seekers are nervous during an interview process. Being nervous in an interview is fine, but some candidates lack confidence. Especially introverts.

Introverts, by character, struggle to connect to other people. I’ve often seen introverts who find it hard to express themselves confidently in an interview, despite being more knowledgeable than everyone in the room. As a result, they come across as less skilled than other confident candidates.

You may have this bias if you are more outgoing and social than others. But as an interviewer, you should know the difference between someone who honestly lacks confidence and someone who lacks knowledge about the subject. Be patient with each candidate and assess their personality first and then go about assessing their skills.

Do you discard good candidates because they don’t have beautiful resumes?

Let me start by acknowledging the fact that I also dislike poorly written resumes. I’ve seen some resumes that made me cringe just looking at the format.

However, what I’ve realised is that this is primarily a result of the lack of design-centric thinking in our education system. Most roles don’t require visual design skills; so why judge a candidate on those skills? Instead, why not add a quick questionnaire to your application form that actually reveals whether the candidate is a good fit or not?

But just because a resume doesn’t look visually fantastic doesn’t mean the candidate is unworthy. Review that resume carefully before discarding it, for you may strike hidden gold.

A candidate from a different region might have fundamentally great communication in his native language only. Would you mistake it for lack of communication skills?

In a country where people speak 1652 different mother tongues, it’s natural some people grew up speaking other languages.

But if you are rejecting candidates because they may have great communication skills - just not in your preferred language - you need to reconsider. Great communication doesn’t necessarily have to be in English. In my experience, skills trump communication because it’s much easier to learn a language than a skill. Most IITians who go to Silicon Valley for further studies don’t arrive there with great spoken English skills but eventually become the top communicators. This is evident from those who have gone on to lead large organisations.

But in the end, hiring managers are only humans. While it’s very difficult to remove bias from an individual, we should start removing biases from our hiring processes. We should adopt structured interviews and methodological evaluations to de-bias our process. The future of recruitment is competency-based hiring. It is the only way we can prevent biased hiring.