From hijab to bikini, it still matters what women wear 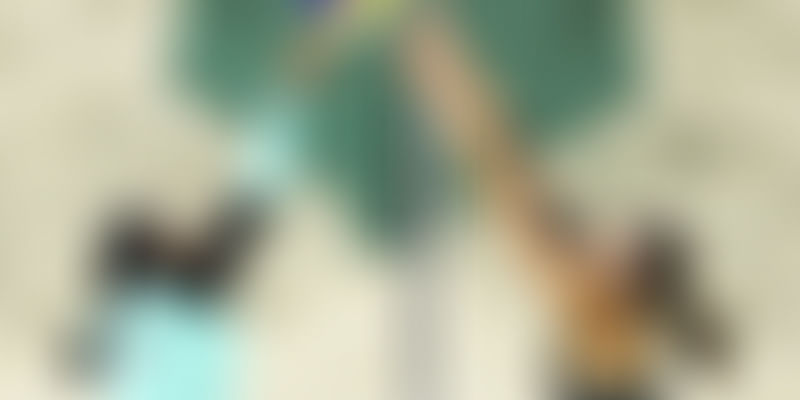 If you were to look at the major issues in the women-related news of 2016, you’d see that what women can or cannot wear is right at the top. We have the self-proclaimed (or legally appointed in some countries) culture police who want to safeguard their culture by ensuring that women are covered up (the degree of ‘appropriate’ covering up varies). We also have the self-proclaimed freedom police who want to protect women’s freedom and integrity by safeguarding their right to wear what are perceived to be revealing outfits.

Needless to say, most of this policing is carried out by men. The women themselves are a divided lot, with the ‘modestly-dressed’ ones often slut-shaming the other group and the ‘free dressers’ describing the former as oppressed, subservient and victims of patriarchy.

The saddest part of these ongoing controversies, which are likely to spill over to 2017 and beyond, is that men’s attire seems to play no role in the preservation and destruction of culture! A man can be topless, but the culture of whichever community or religion he hails from remains intact. He can also be covered head to foot and never be accused of being conservative or a prude. But I digress. So, here is the round-up of the women-related news of 2016 where attire played the starring role.

The dress code for women was relaxed at the renowned Sri Padmanabhaswamy Temple in Thiruvananthapuram earlier this month. But a few days later, the Kerala High Court ruled that women should not be allowed to wear salwar kameez and churidars inside the temple.

As per tradition at the ancient temple, women devotees must wear a mundu (dhoti) over their waist if they are dressed in trousers or salwar kameez. Men have a dress code too, and must wear dhoti without shirts, but as is often the case, the decision on women’s attire is being given top priority, with plenty of back and forth between the for and against camps.

The Saudi woman who went to get breakfast without a hijab

A Saudi woman who posted a picture of herself on social media without wearing a hijab earlier this month faced outrage on social media, including calls for her execution. The woman, who lives in Riyadh, decided to go out for breakfast without the traditional Islamic head covering called hijab and long gown called abaya. One man even tweeted, “Kill her and throw her corpse to the dogs.”

She also received a lot of support online, with a huge number of people voicing their support of her freedom to wear what she wanted. The enforcement of Saudi Arabia’s Islamic dress code varies between regions, but women are typically required to wear an abaya, hijab, or both.

Iranian women too are required by law to cover their hair completely with the hijab. Earlier this year, Iranian men had worn hijabs and posted their photos on social media with the hashtag #MenInHijab to express their solidarity with their women. The hashtag takes inspiration from My Stealthy Freedom, which is a movement where Iranian women share their veil-free photos on social media.

Meanwhile, across the Atlantic, two women amassed a fan following for choosing to wear the hijab. Ginella Massa, a Toronto-based TV reporter, hosted an evening newscast on November 17th and received extensive media coverage for becoming the first Canadian woman to host a newscast while wearing the head scarf. Halima Aden, a 19-year-old from Minnesota, was a contestant in the Miss Minnesota USA beauty pageant. Halima sported a hijab during the pageant and a burkini for the swimwear section of the event. Both these young ladies were widely applauded for their courage in staying true to their values.

Hillary Clinton, the presidential race and the pantsuit

Hillary Clinton, the woman who almost became the president of the USA, has faced a tough journey, literally carving out a path that no woman had walked before her. Like many of her fellow women politicians from the western world, her official attire is usually the pantsuit - a simple shirt, jacket and a matching pant. Hillary is believed to have very strong reasons for adopting the pantsuit:

By choosing the pantsuit though, Hillary had to constantly face the criticism of having a very dull dressing sense.

However, the irony is that it wasn’t until 1993 that women were ‘allowed’ to wear pantsuits in the Senate. There was an archaic rule that women wearing pants were not allowed in the Senate, and it was only when two women senators decided to defy it that the rule was dissolved.

Which is empowering? The hijab or the bikini?

A set of images showing the women’s beach volleyball match between Egypt and Germany during the Rio Olmpics went viral as it purported to show the contrasting cultures between the countries. The Egyptian team took to the sandy arena wearing long sleeves and leggings while the German team wore bikinis. The pro-culture group on the internet praised the courage of the Egyptian team while denouncing the attire of the Germans, which they claimed catered to the voyeuristic viewers. The pro-freedom group similarly traded various jibes and accusations.

The French ban of the burkini

The ban of the burkini in France saw surreal scenes of armed police officers fining women wearing the outfit on the beach and even forcing them to remove their head covering. Manuel Valls, the French Prime Minister, had previously described garments such as the burkini as representing the ‘enslavement of women’. The French Supreme Court's decision to overturn the 'burkini ban' was based on the reasoning that it was a ‘serious and clearly illegal violation of fundamental freedom’.

Let us time travel for some perspective

In the year 1919, twenty deputies were appointed to monitor the swimwear of bathers at the beach in Queens, New York. This was the part of the ongoing battle between women and beach authorities over the dress code. A policeman even arrested a woman for wearing a swimsuit under a skirt and sweater while walking home with her husband. She was told to go home and change into appropriate street attire.

Into the early 1900s, women's swimming costumes were bulky, with high necks, long sleeves, skirts and pants, and were usually made of wool. As the years went by, women started wearing shorter outfits with lower necklines for swimming. So, authorities started measuring the length of swimming costumes, in the interest of preserving modesty, leading to protests.