At 23, she took over a failing international school and made it completely eco-friendly and crack top-five 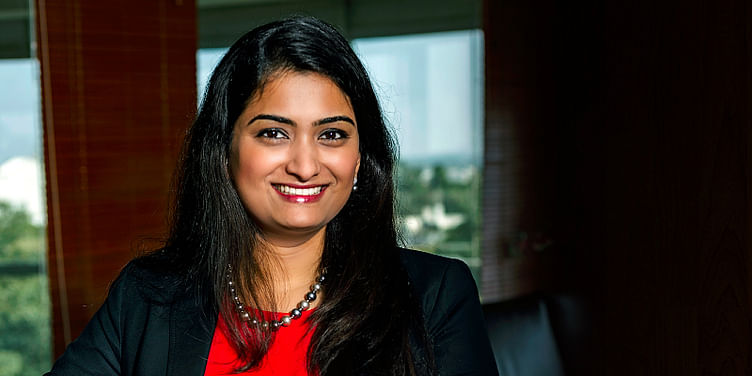 With zero experience, Shweta Sastri entered the board of a school that had already been operational for 10 years, and made it state-of-the-art yet completely 'green.'

When the two Canadians who had started one of India’s first international schools couldn’t see eye to eye in 2001 and wanted to shut it down, its 285 students faced being stranded.

Shweta Sastri, then all of 23, and her family, decided to take the school over from the Canadian promoters, but little did she know that she was attempting to give a new direction to a large ship already in motion. From formalising structures and fixing the curriculum to bringing in national recognition as a state-of-the-art yet completely energy-efficient ‘green school’, here’s Shweta’s take on how her blood, sweat, and tears went into being a woman on top.

Hailing from Bengaluru, Shweta went to Christ College for her Bachelor of Business Management (BBM) and ranked 5th in Bangalore University. She pursued an MSc in Investment Banking at the ICMA Centre, University of Reading, UK, and upon graduation, joined IL&FS Investsmart in Mumbai and spent nearly two and a half years in various roles like IPO execution, private equity, and investor relations, and also had stints at Morgan Stanley and Siemens AG.

Around 2003, the Sastri family came to hear of the Canadian School of India debacle, rebranded it as ‘Canadian International School’, built a new campus with facilities conducive to a truly international school, and moved the school to its current campus. “That is when I became associated with CIS and moved from investment banking to education in 2006, over 10 years ago,” she narrates.

New girl on the block

When she first started at CIS in 2006, the prefix ‘international’ in a school’s name was used all too liberally, whether or not the criteria were met. “I saw this as an opportunity to truly stand out. It has been my endeavour to educate all and sundry about this concept since then. Having the word ‘international’ in your school’s name is a responsibility and you are not being true to the larger community if you take shortcuts,” she says.

With no experience in the field of education, she made an entry at the board level in a school that had already been operational for 10 years and where the average age of administrators and those who reported to her was 40. “And if those weren’t enough roadblocks, I was a young woman too. Needless to say, my first few years were really tough — learning the ropes, proving my mettle, and earning the respect of stakeholders associated with the school. I can say for a fact that I had to try harder to be accepted in my role at the helm of the school because I am a woman,” she recalls.

In 2008, she took up another Masters degree, which took her to the London School of Economics (LSE) for an MSc in Management, with a focus on education.

When she started at CIS, it was perceived as a school exclusively for expat students. “Being an Indian, I wanted the school to appeal to Indians and expats alike, but we were dealing with preconceived notions. We only managed to change that by achieving excellent IB and IGCSE results at grades 12 and 10, receiving fantastic college placements for our students including at Ivy League universities, and educating the community on what makes an international school,” she recounts.

In 2011, they also became the first school in Bengaluru to introduce one-to-one iPad-integrated teaching and learning programmes, something that went on to become their identity in the Indian education space.

2013, though, was another landmark year—a personal milestone but a professional challenge — the birth of her twin boys, Neev and Ved. “Life after my twin boys was completely different. Being a new mother and an entrepreneur was one of the toughest things I have ever had to do,” she recalls.

She somehow made herself constantly available on email and call, while at the same time learning to be a mom, getting no sleep, rest, or break of any sort, primarily because with twins, whose schedules don’t necessarily sync, one is always on duty. “I was stretched beyond belief. It was extremely difficult and I had postnatal depression for almost a year. But I still continued with work because as an entrepreneur, you can't simply take a break. My mother was my biggest support system and my husband would help in the evenings. I would have completely lost my mind without them,” she recounts.

Once they grew up, the clouds cleared, and Shweta was back in full swing. She started with a bang — becoming an agent for change, she replaced the rather unpopular Canadian Ontario curriculum with the Cambridge curriculum first at grades 9 and 10, then for middle school, and finally, up to elementary school by 2015, thus completing the transition.

Turning a new leaf at 20

Her most noteworthy achievement came on the 20th anniversary of the school, in March 2016, when they went live with their solar initiative.

In FY15, CIS consumed approximately 4,30,000 kW of electricity. To bring down this usage, CIS installed a solar plant that can generate up to 5,00,000 kW of electricity, producing an excess of 70,000 kW. As a part of this project, 1,875 solar panels were mounted, out of which each panel holds a capacity of 160 W. The energy produced from these is capable of meeting all their electricity needs, while the excess energy is paved back to the grids and later distributed to the surrounding villages and households.

This project also inculcated sustainability into the students. CIS has also set up a weather station with temperature, wind, and solar radiation sensors complete automation system so that the students can log in and see the electricity produced by each of the different roofs. This helps them with understanding the correlation between ambient temperatures, cloud cover, incident solar energy, and the power produced.

“Not only are we a carbon-positive school, we are also glad that our green initiatives are making positive impacts amongst our students and the society,” says Shweta.

She is also credited with changing the largely laissez-faire attitude of the school that was hurting its reputation in many ways. “I had to set the school on the path of discipline and today we have policies and procedures for everything, absolutely everything,” she says.

Having served approximately 5,000 students since 1996, CIS presently houses 700 students. “Our secret sauce seems to be our results at IB and IGCSE exams as well as being an ‘international’ school in the truest sense of the word,” she explains.

They are now looking to set up schools in Delhi and Mumbai. Lands have been acquired and project plans are underway, she reveals.