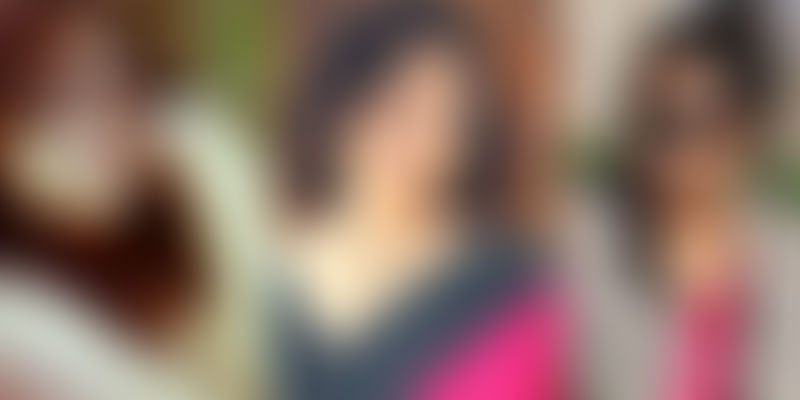 In an age where women and their security is disguising different pathetic versions, these three women come like a fresh breath of air with three individual trips. From making it to the Limca Book of Records to setting up a benchmark, their stories talk about courage, vigour and grace.

In a world that constantly sends gentle reminders of their womanhood, they revert back with strength, resilience and courage. The thrill is not just in being a woman, but in being a woman in the right century. And in this day and age, there can’t be many women who do not revel in their sheer femininity and power. As we all know, femininity and power, far from being mutually exclusive, are two sides of the same coin.

The 21st-century women are all things spice and everything nice, regularly donning the big hat, leading from the front and doing the impossible. However, even the present age isn’t completely free of the blight of patriarchy. One day, she excels at sports, wins medals for the country, joins the Army, becomes a CEO of an MNC, and goes to outer space, and on another, she has to hide behind the door to escape the demons that lurk in the outside world. But you see, despite every mark the patriarchy leaves behind, she bounces back to paint the world in her own magical colours.

The safety of a women is an issue across the world, and the crimes against them are varied and many; the damage is heart wrenching. In the hostile climate that persists even today, where a woman and her family have to think twice before stepping out of the dark and braving the odds, meet three women who redefine the world around us.

Nidhi Tiwari, Esha Gupta and Anahita Sriprasad together paint an awe-inspiring portrait of solo backpacking. Though each one of them has had an individual journey with a distinct mode of transport, what binds them together is the sheer resilience and courage to be unconventional in a world that has a jaundiced view on the issue of women’s safety. Their journeys, though unique and distinct, sing in unison, crafting an adventurous tale.

Siberia and its freezing climate opened doors for Bengaluru-based mom Nidhi Tiwari when she went on a solo drive from December 14–27, 2016. Staring from Yakutsk, the world's coldest major city, and journeying to the port town of Magadan and back, she drove 5,080 km in her Toyota Land Cruiser. The 13-day solo trip took Nidhi through the Siberian wilderness, with temperatures as low as minus-59 degrees Celsius and on roads that are built on permafrost, which is insanely difficult to drive on. With this, Nidhi became the first Indian to drive to the coldest inhabited place on earth.

Founder of Women Beyond Boundaries, a community that pushes women and their driving skills, she is a mother of two young boys, with a husband serving in the Indian Army. Nidhi made it to the headlines last year when she along with two of her friends went on an expedition from Delhi to London, driving 23,800 km in 97 days.

Also read : These three Indian mothers drove from Delhi to London to fulfil their childhood dream

Someone for whom breaking barriers comes naturally, Nidhi teamed up with schools across the country to share her journey with 5,000 youngsters. She says,

The intent behind including schools in my trip was to introduce the idea of what it takes to create a benchmark in the world out there. We partnered with 15 schools across the country, and used social media and video conferencing to share my journey with them in real-time

Driving to the Northern ‘Pole of Cold’, which is the coldest region in the Northern Hemisphere, Nidhi explored the extreme terrain of Siberia, which is often called “the road of bones,” considering a history that saw a number of workers die while building the stretch. With a legacy that speaks of adventure, starting from one at the age of 11 to the Himalayas, she has been unstoppable,

This has by far been the most difficult and adventurous terrain. There were times when I stepped out of my car for only a few seconds, considering the temperature outside.

On the expedition, she drove for 12 hours at a stretch every day before taking a halt and prepping for the next day. Talking about the safety of women, she says,

As an individual, I constantly put myself out of my comfort zone, and when I come out successful, there’s this immense energy in me. Though, in most of my expeditions, I have fortunately met only good people, I am prepared to encounter the opposite as well. Today, it’s very crucial for women to be aware of their surroundings, be hopeful for the best, and be prepared for the worst.

Right from changing her own car tiers to driving in the most difficult terrains to handling two young boys to dedicating time as a consultant, she is a superwoman who leaves no stone unturned to demonstrate her power. Nidhi is back from her solo expedition now, and is basking in the glory of being the first Indian woman to travel to the world’s coldest permanently inhabited place on earth.

Peddling through the highway — Anahita Sriprasad

At 23, when girls her age were scrolling through social media or dating apps, Anahita did the unexpected. To break the stigma attached to women’s safety, she went cycling from Leh to Kanyakumari, all by herself. Today, this film making student from Manipal University, Bengaluru, stands tall, besting the odds to become the first solo cyclist to endeavour upon this journey.

During her backpacking trip to the Western Ghats in the late 2015, she met locals who asked her to return home since they felt that a woman travelling by herself might be unsafe. That is when Anahita felt that most of society is in a bubble when it comes women’s safety. Soon after she returned from her trip, she began laying the groundwork for her ambitious expedition from Leh to Kanyakumari.

I started my trip from Leh, then went up to Srinagar, Jammu, Pathankot, Punjab, Agra, Mathura and Gwalior. I stopped at India Gate for a felicitation programme, which was attended by nearly 60 people. It was a very overwhelming experience. The trip being a self-organised one, I had access to all my basic needs; I used to stop every now and then and pick up food along the highway. There were times when some cities demanded to be explored, and I did sneak into some; it has been an enthralling experience visiting the unseen India.

Still in her early 20s, Anahita has always been a hipster at heart. Travelling is always a liberating experience, she says, and her parents are in full support of her fantasies.

I think most of our parents understand what we wish to do; their apprehensions lie with the world outside the house. Hence, it’s very important to give your parents a certain confidence about your plans. While on such expeditions, it is very important to stay in touch with your family and friends, she says.

Talking about her preparation for the event, Anahita says,

Though I have lived alone in hostels, I was quite vulnerable during my travel on a few national highways. There were times when random passersby stopped me to offer help, to invite me to their homes for supper. It was goofy at times. But then, I was always very active and aware of my situation. If stopped in between by random people, I used to make up excuses, saying that there was a jeep following me, and once, at the Hubli-Dharwad highway, a random stranger stopped me for money and I had to call the highway police for rescue.

When asked if, at any point, she felt like giving up, she says,

I think if you decide to explore something, you should just do it, in spite of all the odds, and for me, the larger picture of proving a point that women and their safety is a concern was the priority. So, all other obstacles didn’t matter at the end of the day.

Riding through 16 states in 110 days on her Bajaj Avenger, 37-year-old Esha Gupta took on the huge responsibility of proving how India is safe for women, and made her way across the country. Esha raised the bar when she chose to challenge the stereotypes women travellers and backpackers internalise about how India is an unsafe country for women, and gained entry into the Limca Book of Records for the ‘Longest journey on a motorcycle in a single country by a female motorist’.

This journey started on January 26, 2016, from Bengaluru. Esha fought the odds for the next 30,000 km, and returned on May 14, 2016. During this journey, she covered 16 states, including Tamil Nadu, Kerala, Karnataka, Andhra Pradesh, Telangana, Orissa, West Bengal, Bihar, Jharkhand, Chattisgarh, Maharashtra, Gujarat, Rajasthan, Madhya Pradesh, Uttarakhand and Uttar Pradesh.

When asked about the recent instances of molestation of women and if she herself has faced any in the past, she says,

I have always been one of those very fortunate people who have only met the nicest of the nice bunch. During my trips, I hardly remember facing any such instances, and in fact, people have gone overboard to make me feel at home. Well, I do agree that these cannot be the deciding factor when the country is battling a bigger problem. I believe that, as women, we all have to be self-reliant and lead by example. One must be self-sufficient, capable of taking care of oneself in all situations

With an enchanting smile and a bag full of memoirs from each of her adventures, Esha quips,

If you have to prove anything wrong, first fight the fear of being proven wrong. Pick your strength and work towards the goal. Fear of failure will never take you anywhere. We as a society need to grow up and stop generalising every mishap. The fact that the media tends to shine the spotlight primarily on negative instances has diminished India’s global stature as a safe country for women, but at the same time, one must not shy away from collectively building an ecosystem that is safe for everyone.

In a world that is constantly battling gender issues, stereotypes and a lack of safety, these three women strike a chord, beating the odds to set a benchmark for the world to take notice of. Today, they stand tall and soak in the fame of being an inspiration to many women across the world only because, one day, they woke up and decided to be the Naari Shakti we all want to believe in. While we certainly cannot shy away from the disgrace every case of molestation of women brings, it is stories like these that put our belief back into society.