How to develop self-confidence and self-esteem 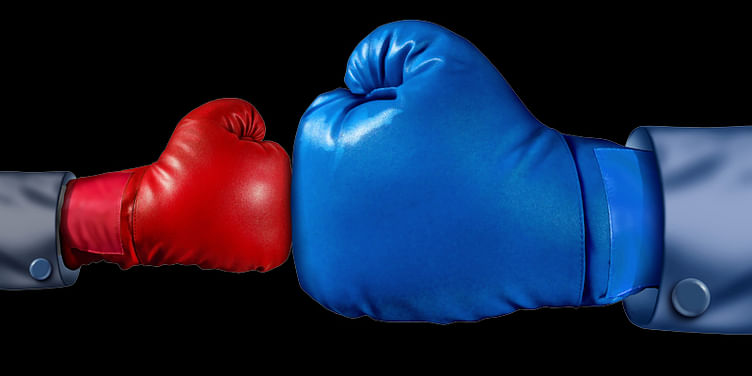 I had an idea. Tell me if you like it.

I loved the idea of living in hotels. What sort of person could live in a hotel? Did you have to be rich? Sometimes.

It was the tallest building in NYC when it was built. It was ornate, it was disgusting, it had bad art all over the place because artists would pay their rent with paintings.

My next door neighbor was a drug dealer and middle-aged women would sometimes form a line out the door and crowd around my door.

The best thing about living there was it was the only building I ever lived in where I would vacation with other people who lived there. I loved the people there.

After I got married, I didn’t want to move out until I was married for four months. Finally my wife’s father said, “You have to move in with my daughter”. My wife.

Many years later, after that marriage was over, I moved back into the Chelsea. The same people worked there. Timor, whose twin brother worked in a circus. Robert, who looked at me after I showed up for the first time in eight years and said, “Uh oh. You again.”

I had no wife, no job, no prospects.

I’d wake up around 10am and see the sunlight coming in. I’d go downstairs and there was a hot dog place down the street and I’d have a “gourmet” hot dog.

One time, my daughters came by.

I was new to divorce and didn’t know what to do with daughters. I didn’t want them to be bored by me and resent having to visit me.

I made sure every second was booked up. Bowling, ice-skating, ping pong, pool, a magic show, a bookstore, eat out three meals, go to a movie. Watch movies at home. We watched the Wizard of Oz one time.

After they left I was always sick. It was too much energy to keep them occupied all the time. Finally they even told me: we don’t have to do something every second. We get tired.

One time a girl visited me. She thought it was going to be very fancy. She lives in a hotel! We had gone on a few dates. She wanted to watch a movie in my place.

She came over, watched the movie, and then left.

Later she told me she spoke to her therapist about me. She, also, was a therapist.

She said to me, my therapist said to me: he doesn’t have roots if he’s living a hotel. He has to move into his own place.

She said: I’m not coming over anymore.

I tried to explain to her: but this is my roots! This was my real home. I’m a natural transient.

BUT: the place was disgusting.

One time, my 7 year old and I were walking down the stairs. There was a used condom on the third floor stairs. Was someone having sex on the stairs?

I had to get my daughter to walk around it and I didn’t explain what it was. Shocking!

So I moved. The girl I was dating said, “If you buy any furniture from Ikea, I’m breaking up with you.”

I didn’t buy any furniture at all. I had a single mattress for a two bedroom place. I had a kitchen table but no chairs. My kids would bring sleeping bags.

I started dating another girl. She eventually broke up with me because her ex-husband, who was 20 years older than her, was wealthy. “You will never be as wealthy as him,” she told me and she would cry to sleep.

I didn’t have any confidence then.

This was my great skill: I’d figure out someone else’s agenda for me and then I would play that role. I’d play that agenda. I had a hard time being myself. I didn’t even know what that meant. What does “being yourself” mean?

People say that but I don’t think I had ever been myself. And in my attempts to play the roles others cast for me I was so offbeat that people thought I was unique when, in fact, I was just lost and confused.

I had a certain tone deafness to the needs of others simply because I was so desperate to satisfy those needs. I’d give them the keys to my kingdom but I’d forget to furnish the kingdom.

I was sure nobody would like me unless: I had money. I had looks. I had accomplishments under my belt. I had a “comma”. What’s a “comma”?

I am maybe a 6 now on a scale of 0–10 of self-confidence and self-esteem. I was probably about a 1 then.

What made the difference?

Before self-esteem and self-awareness comes “self-less”.

Meaning – I had to stop thinking so much about my “self”.

I am a spark of soul, floating around in a bag of skin held together by bones and blood.

And so are you and the rest of us. We’re in it together. Trying to survive the demands of our DNA, of a harsh and unforgiving world, of a society held together by ancient fears of war and starvation and reproductive prowess.

When I realize my “self” is nothing but a tear of an unknown god I begin to understand that anything is open to me. I can say or do or be anything because what will it matter when the final story is etched onto the collapse of the universe?

Here are the critical things I do:

I try to take photographs of as many strangers as possible. To see the spark of soul in their eyes also.

One time I walked up to one guy in the street and said I would kick his ass. He laughed and we took a picture.

Another time I found a woman in an elevator and asked her to marry me. She said, “no” but I took her picture.

The more you expand the comfort zone created by decades of conditioning, the bigger your life becomes. The more comfortable you are in the most obscene situations.

Every morning when I wake up I do this: I move my fingers and my toes and say, “Ahh, today I am a human on Earth.” I imagine I am an alien who, every day, is sent on a new mission. A mission to inhabit a body, do ONE good thing that day to make that body’s life better, and then leave it behind never to return.

Why is this key? Why a one day mission? Because then I am not bogged down on the regrets of the past. Nor am I bogged down on consequences of the future. The results of what I do are out of my control.

All I can do is live well. Live WELL. Do a good thing, Make this body better for this one day. Do something good. That is the mandate from my alien masters: get into that body and make it better that day and that day alone. The results are not your responsibility.

One time I argued with Jewel. Why did she turn down a million dollar offer for her music when she was homeless. What I learned from her could fill a book.

[Related: 10 Lessons I Learned From Jewel]

I call it “the one takeaway”. What one thing can I learn today from these other people.

If a comedian can make me laugh, “how did he do that?” If Picasso can go to a dinner and leave it with three new paintings he made on his napkins, “what made him so remarkably creative?” If Beethoven can compose his 9th symphony while deaf, “what inner music sprang from his heart and how did he tune it?”

If I have one takeaway from these people every day, then it compounds. Then in 365 days I am a little piece of Picasso, of Beethoven, of Aretha Franklin, of Bruce Lee, of JK Rowling, of Magnus Carlsen, of Buddha, inside of me and it adds up and I take care of those little pieces and see how they fit into the bigger picture of me.

A footprint on the moon will last a hundred million years because there is no wind there. Is this impact? I don’t know.

But I know that if I take this tiny gem of a soul that has been placed deep inside of me, and I learn every day and I stay healthy and I accomplish my “secret alien mission” today then maybe my footprint will last 100,000,000 years.

Confidence and esteem has nothing to do with how you react to what other think of you.

Confidence and esteem isn’t about finding your way through the maze of life. It’s when you create the maze. The maze is your unique work of art.

You are a distant traveler, come along way to be here, to be with us for such a short and precious time.

You can find my new book ‘Reinventing Yourself’ here.