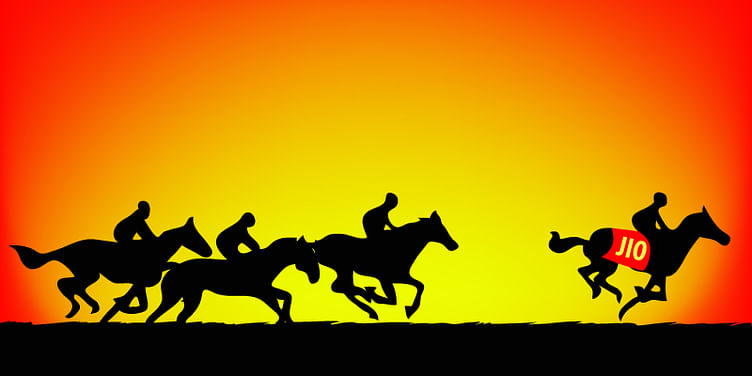 Launched in September 2016 with a slew of offers and services almost too good to be true, a report released by Truecaller has revealed that Reliance Jio has succeeded in capturing the second largest market share, thus edging closer to its goal of becoming the country's top telecom player.

In terms of users, Jio now holds over 23 percent of the Indian market, according to the report released today by online mobile number search and directory Truecaller, titled 'TrueInsights 2016 Special Report.' The report elaborates on how Jio saw immense numbers pouring in late last year, as it clocked over 16.2 million subscribers in November alone, thus taking its total subscriber base to 51.87 million barely into their third month.

This rapid escalation may be attributed to their welcome offer of providing unlimited data to their subscribers till March 31 this year. The report broke down usage by top ten regions, and saw that the maximum new subscribers came from Delhi. According to the report, Airtel and Jio have an even share of usage across all the regions, and standing out was Vodafone’s dominance in Delhi and Mumbai as well as Idea’s strength in Maharashtra.

The report also sites the latest numbers collated by TRAI, wherein India's telecom subscriber base was 1.12 billion strong by November 2016. The report states that these additions are directly because of the new subscribers Reliance Jio has garnered.

If the month of November 2016 is to be considered separately, in the mobile broadband segment, Jio received the most new customers - precisely, 2.52 million - followed by Idea. Bharti Airtel and Vodafone added 1.08 million and 890,794 subscribers respectively.

Overall, mobile internet usage is touted to grow to over 500 million users by the end of 2017, and a large chunk of those users are expected to opt for Jio. "As a result, there are already consolidation discussions among operators in India due to the increased competitive pressures," the report noted.

42 percent of users have activated Jio in their primary, 4G-enabled sim card slot, while 17.54 percent have Airtel, 12.26 use Vodafone, and 11.5 percent have an Idea connection.

Owing to their pocket-friendly rates, a Jio user also uses, on an average, 6.54 GB of data, compared to 1.28 GB used by Airtel users, 1.29 GB by Vodafone users and 1.32 GB used by Idea subscribers.

"How the market proceeds going forward, as free trials and heavy promotions come to an end, only time (and data!) will tell – but we expect 2017 to be an eventful year for the Indian telecom industry," says the report, in conclusion.