Top players in Indian e-commerce have been listed among the companies with a maximum number of consumer complaints in 2016 made to the National Consumer Helpline. With 120 complaints against it, Snapdeal is third after Bookymyoffer and eBay, while Amazon is fourth and Flipkart is fifth with 114 and 92 complaints respectively. Paytm is sixth, with 46 complaints.

Two other players in Flipkart Group - Jabong and Myntra have 15 and two complaints respectively. Altogether, 1386 complaints have been made against e-commerce firms last year - most of them about non-delivery of ordered items, delivery of damaged ones, or delivery of fake products.

According to a PTI report, Minister of State for Consumer Affairs C R Chaudhary has said: "The received complaints were dealt with as per consumer grievance redressal procedure." He had clarified that there is no plan to launch National Consumer Safety Authority, as the Consumer Protection Bill 2015 seeks to set up a central consumer protection authority to look into unfair trade practices.

Consumers can file complaints against e-commerce entities in respective consumer forums according to the provisions of the Consumer Protection Act, or approach the National Consumer Helpline or Online Consumer Mediation Centre at National Law School India University.

The data from National Consumer Helpline also reveals that altogether 2,494 complaints have been received against e-commerce companies during 2014-15, 2015-16 and 2016-17.

At the same time, a report on Livemint today has stated that Flipkart accounted for 75 percent of the revenues and only 46 percent of the losses at consumer Internet companies in India for 2015-16 fiscal. The survey was done amongst 41 companies, which have received at least two rounds of funding. Among the top funded ones, Flipkart has received at least six rounds of funding – achieving more than $3 billion. 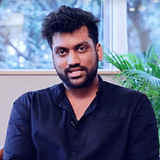