Multitasking is certainly possible, but only if done right 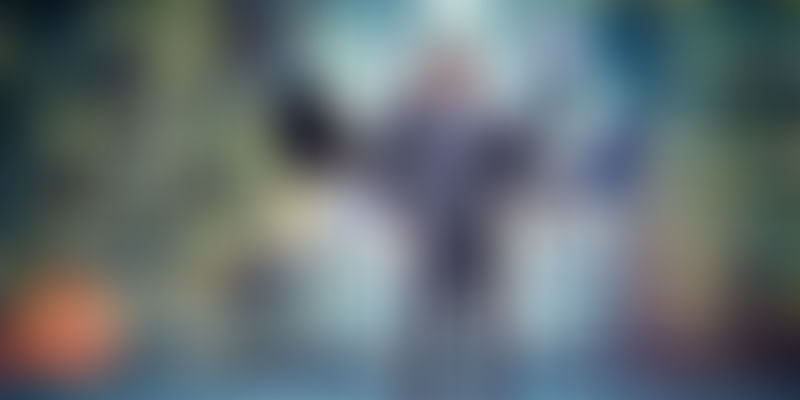 A smart phone in one hand, a load of laundry in the other, a suitcase waiting to be packed in the bedroom, and the most amazing aroma of mutton curry in the works wafting through my house – this is what my day looked like till a few hours to a few days later, I realized I had washed my white load with bleeding indigos, forgotten to pack some essentials, my emails didn’t exactly read like they usually do, and my phone was in the drawer with face creams and lip balms for hours as I frantically looked for it everywhere. The mutton curry, fortunately, saved the day! From feeling like an uber cool, extremely efficient multitasker, I had gone on to become someone who couldn’t do simple things like chores and emails simply because I tried to do it all together. It was a reality check if there ever was one. I realised I was no ‘multitasker’. And to be honest, I was a little heartbroken and knew some introspection and research was due.

Texting while driving, sending emails during meetings, checking the day’s outrage on Twitter while getting dressed in the morning – we all try and sometimes burn our hands with multitasking.

So does that mean we stop trying to be efficient and try our hands singularly at focused accomplishment instead? For that we need to understand what multitasking really is. It is a programming term that just means operations running in parallel. There are days when you finish several chores on the morning commute to work. Some days, you can work out while watching the latest episode of Game of Thrones. That is multitasking too. Simply put, multitasking is child’s play as long as the two or more things you are trying to accomplish don’t tax the same part of your brain. Work emails while chatting with your mother on the phone? Or trying to write an article while reading and responding to every text message that comes your way? Bad idea. You are only switching between similar tasks with no real focus or attention on either. But workout and conference calls? That is a marriage made in heaven.

So how do you differentiate between good and bad multitasking?

When you are not really multitasking

As most things relating with the brain, lack of mindfulness when trying to accomplish multiple tasks does not help. According to Guy Winch, author of Emotional First Aid: Practical Strategies for Treating Failure, Rejection, Guilt and Other Everyday Psychological Injuries in Health, what we term multitasking is really task-switching. He says, “When it comes to attention and productivity, our brains have a finite amount. It’s like a pie chart, and whatever we’re working on is going to take up the majority of that pie. There’s not a lot left over for other things, with the exception of automatic behaviors like walking or chewing gum.” So when we switch between similar tasks that tax the same part of our brain, it only leaves us unfocused and worse, exhausted after accomplishing very little.

You take inordinate amounts of time to accomplish simple things

Contrary to apparent benefits of multitasking like saving time, you probably end up taking longer to finish the things you are jumping back and forth between than you would if you focused on one thing at a time.

“What tends to save the most time is to do things in batches,” says Winch. “Pay your bills all at once, then send your emails all at once. Each task requires a specific mindset, and once you get in a groove you should stay there and finish.”

Your work no longer looks as good as it used to

On crazy days at work, we often don’t have to think about a few bad moves can hamper the quality of work. The quick and continuous switching between tasks causes the brain to burn energy faster, leaving us too exhausted or unfocused to produce really good work. While there is no replacement for hard work, focus and attention don’t get the same mindshare in our ‘lessons for life’. If something is worth doing, it is worth doing well. If that means you need to spend an extra hour focusing only on the one task at hand, so be it.

If multitasking has such obvious pitfalls, why did we even start doing it in the first place? Because it makes us feel good. In a study by Ohio State University, Zhen Wang, assistant professor and lead author of the study, says that a sample of students who watched TV while reading a book reported feeling more satisfied than those who focused only on reading. However the first group did not achieve the cognitive goals they had set out to. According to Wang, “They felt satisfied not because they were effective at studying, but because the addition of TV made the studying entertaining.”

The most surprising bit in all of this is that our brains don’t really know how to multitask. Trying to accomplish multiple tasks simultaneously creates what scientists call ‘spotlight’. So all our brain does is frantically switch between spotlights, not working to its full potential as far as cognitive abilities go.

But I have work worth more than 24 hours. We all do. Should I just quit my day job? Or gym?

Of course not. For a lot of us, morning commutes where we don’t drive have proven to be the best time to get a lot of seemingly mindless work done. And since commute forms a significant part of our 24-hour days, it does make sense to get work done in that time, doesn’t it? There is a good way to ‘multitask’ too. You can use your morning commutes to plan the rest of your day or order groceries. Or you can catch up on the day’s headlines during your after work caffeine fix. An hour on the treadmill listening to that audio book you haven’t found time for or a haircut appointment combined with some reading – all you really need is to combine chores that don’t use the same parts of your brain.

It is established that among young urban professionals who have interests and tasks outside of work, multitasking has become a necessity. A word has to be said for mindfulness here. University of Washington Information School professors David Levy and Jacob Wobbrock published a study in 2012 that studied the impact of practising mindful meditation in realistic, modern workplaces. One group of the sample set received eight weeks of mindfulness-based meditation training while another received eight weeks of body relaxation training. A third group received no training at first. After eight weeks, this group was given the same training as the first two groups. After the eight-week period, the participants were put through a stress test of multitasking abilities. Researchers measured the participants’ speed, accuracy, and the extent to which they switched tasks. The results significantly pointed towards the group with meditation training as the least stressed when multitasking.

In conclusion, multitask if you have to. We all do. But as most things in life, the only way to do it right is to understand what multitasking does to your body, mind, and work and consequently, work on ways to negate its potential negative impact.