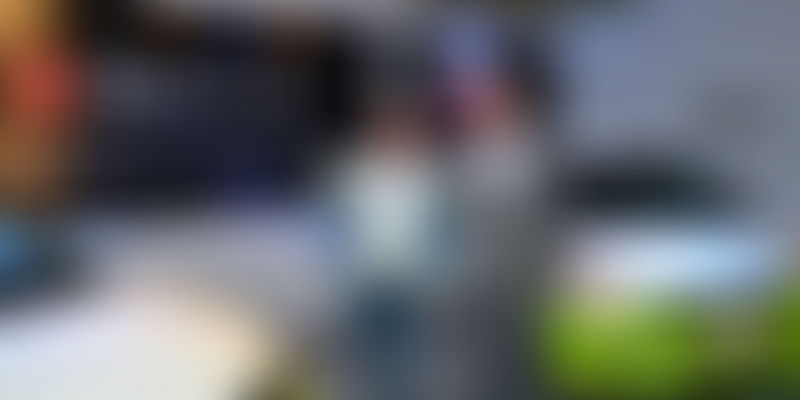 The company aims to on-board about 10,000 cabs onto the Ola Play platform in Hyderabad in the next six months, and also focus on the other three cities.

Ola, the popular mobile app for transportation, on Monday, announced that it is launching Ola Play, its connected car platform for ridesharing, in Hyderabad. Ola Play is now available in four cities in India--Mumbai, Delhi, Bengaluru and Hyderabad. YourStory spoke to Ankit Jain, Senior Director and Head of Ola Play and Anand Subramanian, Senior Director, Marketing Communication, Ola to understand more about the move and the thought process behind Ola Play.

Ola (formerly Olacabs) was founded in Jan 2011 by IIT Bombay alumni Bhavish Aggarwal and Ankit Bhati. Through the Ola mobile app, users across 102 cities can book from over 5,00,000 vehicles across cabs, autorickshaws and taxis. Ola has also introduced a range of shared mobility services on its platform, like Ola Shuttle and Ola Share for commute and ridesharing respectively. Ola notes that its long-term mission is to build mobility for a billion people through their app, which is available across Windows, Android and iOS platforms.

According to reports, Ola recently closed a $350-million round in fresh funding at lower valuation of $3.5 billion. The company was earlier valued at $5 billion and, has so far, raised about $1.56 billion in total funding. In contrast, Uber, Ola's arch nemesis, had last raised about $3.5 billion in external funding, and is estimated to be valued at about $65 billion. But a Bloomberg report notes that Uber's valuation could actually be lower, at around $28 Billion.

In October 2016, Ola had launched Ola Play by partnering with Mahindra & Mahindra, Qualcomm on the hardware front, and content creators. After beta testing with Ola Select customers for a few months, the platform was finally made public to larger audience in early 2017.

Ola launched its services in Hyderabad in May 2014, and Ankit noted that the city has similar patterns and user base to its other top cities, like Bengaluru, Delhi and Mumbai. Considering the traffic on the road, Ola notes average time spent by customers in a cab in Hyderabad is about 40 minutes. So there is big base of riders who want something to do during the ride. Ola believes that there are interesting opportunities ahead for how customers interact with the technology available in its cabs.

Ola Play allows various partners like Apple Music, Sony LIV, AIB, Arre’, Audio Compass, among others, to build an interactive experience for users. As one of the top IT destinations, Hyderabad has seen a steady rise in people and Ola believes that they are always looking for a smart mobility solutions to commute within the city. Anand told YourStory,

We are taking Ola Play to a lot of different directions, both geographically and technologically. With Hyderabad, we are now in our fourth city as far as Ola Play goes, since the beta launch in October.

With a large chunk of Prime rides in Bengaluru, Delhi and Mumbai happening on Ola Play, Ankit believes that now is the right time to expand the service to Hyderabad based on their internal data and general customer sentiments. He noted,

All the factors that helped us pick the first three cities for Ola Play are present in Hyderabad. The city has a loyal customer base for our other categories and hence was a natural extension for expansion. Over last few days, we’ve added over 1,000 cars installed with OlaPlay that will go live at a moment's notice today. In a few months we will cover all of Prime cabs in Hyderabad.

Ankit and Anand noted that the overall feedback for Ola Play has been great from both riders and Ola's driver partners. Ankit believes that Ola is in the process of changing how customers think about mobility and entertainment. He noted that the lock-in effects are quite high and some of his friends who had used Ola Play are hooked. They are claimed to have said, ‘Kisi aur cheez mein maza hi nahi aata.’(There is no fun in anything else).

Related read from February 2017: [App Fridays] Is Ola Play, the in-car entertainment system, a ‘cheap thrill’ or ‘a delta 4 improvement’?

When YourStory asked Ola to elaborate on the technical challenges involved in the execution of Ola Play, Ankit noted that calling them 'challenges' was putting it mildly. He noted that the kind of effort and innovation required in order to launch OlaPlay was unprecedented. He believes that it is a global-first connected platform of its kind for ridesharing.

Ankit told YourStory that Ola has filed five to six patents for the technology involved in Ola Play, like the autoconnect WiFi feature. Ankit noted that there are other features too that are currently confidential, but will be launched in the coming weeks and months. Talking about the challenges of streaming content in a market like India, he pointed out the technological challenges:

How do you make sure the content being pushing is reaching cars within a few hours, considering bad network connectivity? How do we ensure content is fresh and contextualised across geographies?

Ankit recently spoke at an event in the US, 'Connected Car Detroit' and noted that people in the West were impressed with Ola's progress with Ola Play and the fact that they were bypassing and leapfrogging the poor connectivity in India with their solution.

Ola aims to onboard about 10,000 cabs onto the Ola Play platform in Hyderabad in the next six months and also focus on the other three cities. The long-term vision for Ola Play seems to be a complete in-cab experience console that could also control the vehicle temperature and leverage platforms like Fynd and Audiocompass. On the company's long-term vision, Ankit noted

Can’t really say too much about long term. At Ola we generally focus on the short term and medium term. But we look forward to expanding to more cities, on-boarding more partners and adding more integrations.

He also noted that outstation cabs as a category have tremendous scope for Ola Play, as the ride times are generally longer, and hence there is an opportunity to engage with the content more. Anand and Ankit also confirmed that the Ola Play team currently consists of 'well over 100 people'. Ankit said, "It consists of a core team, but there are lot of teams that work with Ola in a cross functional way. Ola is investing heavily in Ola Play and we need support from across the company."

While Uber doesn't have an in-cab entertainment system in India at the moment, the company has worked with music streaming services like Spotify and Pandora in markets like the US to let riders stream music wirelessly in some specific vehicles that have the integration. But such a system is hard to enable in India, with its connectivity issues and bandwidth constraints.

Ankit noted their goal is to bring their customers' entire digital life into the car, and Ola is looking for solutions for that across different directions. Letting riders come to their cab and letting them stream content seamlessly is the focus, and for that a lot of core technologies need to work in tandem. Talking about one of their main hardware partners, Ankit noted,

We use Qualcomm chipsets in our Ola Play devices and have worked with them closely not only on our current roadmap but also on the long-term plans on what the connected car of the future will look like, and how to improve the in-car experience with hardware.