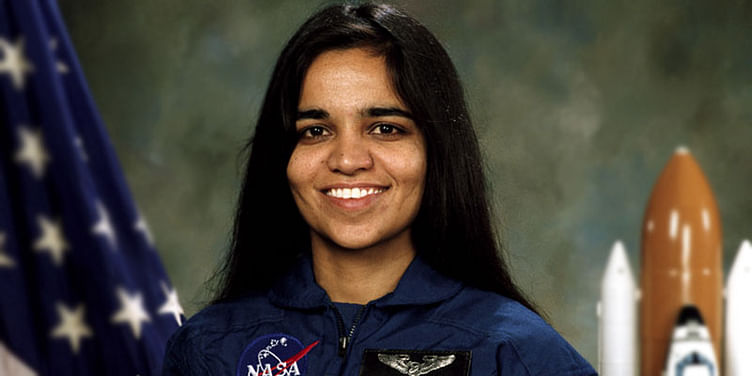 “Here’s to the ones who dream, foolish as they may seem.”

This line, taken from the audition song of Damien Chazelle’s La La Land is a call out to those brave-hearts who dared to follow their dreams without fear of rejection or regression.

Playing it safe is second nature to human beings, with their feet tucked warmly into their comfort zones. While many have conformed to this tendency of comfort or been made to feel alienated when pushed out of it, there have always been those few who dared to go beyond. Perhaps their paths had been pre-determined to trace that of a meteor shower – brief but full of light and energy. And one of these very people who left behind a legacy far more important than the mission she was sent out to was our very own Kalpana Chawla, the first female Indian astronaut to fly into space, whose everlasting contribution to the empowerment of the women of our nation can never truly be forgotten.

“The path from dreams to success does exist. May you have the vision to find it, the courage to get on to it, and the perseverance to follow it. Wishing you a great journey,” she had once said.

Chawla’s story has been written several times over, her loss has been mourned across the country, and her contributions have been vastly recognised today. However, today we honour her ageless memory for having paved the way for a million little girls across the length and breadth of our diversified country, to stay strong on their journey to achieve their dreams.

The reason Chawla’s journey to NASA has been so hard-hitting for all of us is because unlike many of her Western counterparts, Chawla’s struggle to get to this highly prestigious position was one that went far beyond the constraints of money or competition. Having grown up in the highly conservative state of Haryana, which still reports one of the highest rates of female foeticide in the country, Chawla was lucky to have made it this far at all. She grew up in a society that viewed a woman as a burden, anxiously waiting for her to reach an age where she could be married off and be someone’s else’s ‘problem’.

And this is where the collective power of family comes through. Chawla’s parents were comparatively liberal in a largely regressive society, and always encouraged her to follow through with her passions for subjects that, societally, were unbefitting of a young girl her age. Obtaining a degree in aerospace engineering, joining NASA, creating code and technology – this wasn’t part of the plan that society had in store for her. However, on that tragic February day when Chawla was never to return home again, it was the society that cried real tears for the woman they wished they had spent less time judging and more time knowing.

Chawla’s international glory and her dedicated contributions to the world of science were only honoured posthumously in our own country. This is because despite the infinite measures of progress that science as a whole has made in India, it still, to a large extent, remains perceived as a male-dominated subject and industry. Women scientists are not readily spoken about till this very day. We all know about Dr Homi J Bhabha and his role in ushering in an era of modern science. But how many of us know about Janaki Ammal or Anandibai Joshi, whose relentless contributions to science were no less significant?

Despite our rising political and economic status on the world scale, within the country we still stand strongly divided. Despite claims stating otherwise, men and women still do not stand on the same ground in the professional world. Glass ceilings, wage-gaps, and an automatic tagline of ‘wife and mother’ are an every reality in the workspace, no matter how progressive or liberal they may deem themselves. Subjects like science and technology are somehow still tilted in favour of men in our country, who are ceremoniously being offered their jobs and degrees, and celebrated for it, while women are encouraged to follow the more ‘soft subjects’ of history and literature.

This is why we need the Kalpana Chawlas of the world. This is why we need an inspiration so powerful and a story so impactful that it will touch the lives of women and girls in our country, who even today are told that they don’t have the ‘natural aptitude’ for a particular business, job, or degree. Were she alive, she would have turned 55 today, no doubt spending her day looking to inspire an entire generation of women, telling them that the world needs them and that they shouldn’t let anyone tell them otherwise. Here’s to you, Kalpana. Here’s to the ones who dream.