How a visit to Berlin created Desi Deli, a fusion café in Mumbai 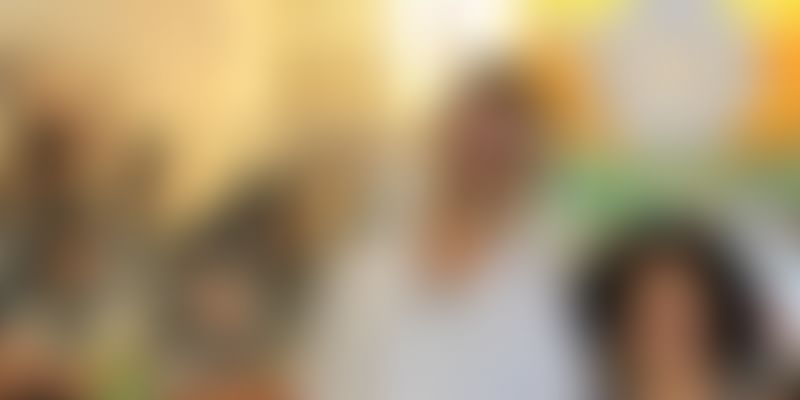 A fusion café based out of Mumbai, Desi Deli has reinvented the American hot dog–and several other dishes–with a keen eye on balancing native context and local taste.

A few years ago, Lolita Sarkar and Amitabh Sinha were travelling to Berlin. While in the city, they happened to have the local version of the hot dog, something most people consider the quintessential American treat. To their surprise, they actually found the German version to be superior to the mass marketed hot dog in the US.

It then struck the duo that hot dogs have an origin where the sausage, sauce, accompaniments, and bread work together in a delicious and meaningful way. This got them thinking on whether food wasn’t being ruined by being recreated out of context? But then, at the same time, local tastes and palates are important too.

It was then that Lolita came up with the idea of making hot dogs for the Indian palate, which they first tested on their friends, many of whom were very particular about food.

Starting with an experiment

“We then took them into vents, flea markets, and pop-ups. In about five events over eight days, we sold some 1,700 hot dogs. We realised we were on to something,” says Amitabh.

He adds that their secret is actually in their sauces, which include chutneys, relishes, and picklings, all drawning from Indian flavours and tastes. The duo went on to set up Desi Deli in June 2015, a mid-sized café chain with two outlets in Mumbai at present–one at Bandra West, and a second at Andheri West.

Focus on international and Indian fusion

The café focuses on serving familiar international foods, like burgers and hot dogs, with gourmet ‘desi’ twists. The menu extends to main courses, desserts, and custom or curated beverages.

“Our menu includes street foods, including Indian ones, with gourmet international twists. We are a food-first chain also serving alcohol (at present, alcohol is served only at the Andheri outlet),” adds Amitabh.

The team believes that while there is a wide variety of choices in large-scale food and beverage options, the differentiation in the bistro, café, and fast food sector is limited.

However, the speed of making a new concept familiar in the segment–the right way–depends on the speed of growth and a preference for larger scale, familiar, visible formats.

“New, more innovative concepts need validation by customers. There is a slightly longer acceptance curve. This is one challenge,” says Amitabh. However, the team claims that they have succeeded to an extent in this regard, pointing to the high ratings for their first outlet at Bandra.

Apart from the difficulty in convincing customers about a new concept–never an easy task–the other major challenge the team faced was that professionalism and levels of efficiency, performance, and specialisation across ranks in the sector are poor.

In addition to that are the licensing, taxation, and regulation–all have you on the street struggling for longer than usual with less than relevant problems. Also, in the business of perishable goods, sales volumes and revenues have a marked effect on food production and cost efficiency. Says Amitabh,

“As ours is a midsize café, intended to become popular as a gourmet chain, we need to innovate from within, with credible organic growth. Our food is largely organic, with curated high-quality suppliers making adventurous foods for food lovers. Price is not the game.”

The team however decided to focus on timeliness, clarity in business, and having a genuine and credible USP.

The Andheri café was launched in December 2016, with wine and beer. The scale, offerings, and experience have been fine tuned and refined. Amitabh adds that they are looking to see the food sell in a dense, high-income part of Mumbai with a soothing, tasteful ambience that promotes relaxation and conversation.

After Lolita and Amitabh conceptualised the idea, they were able to rope in Nilesh Karkhanis, a renowned food expert, as a consultant. Desi Deli sells at their cafés, through home delivers, and even at events and corporate functions. The team is looking at party catering and follows a hub and spoke model, with a central kitchen. The average price for two, as listed on Zomato, stands at Rs 950.

The idea of fusion cafés is fast catching up, especially in Mumbai, where the likes of Masala Library and Auriga, to name only two, have already made their home. But restaurant businesses, especially in the fusion space, are capital-intensive, and require constant innovation. Desi Deli intends to open a few more cafés in Mumbai and other metro cities in the near future.