Shalini Prakash gears up for new innings at 500 Startups 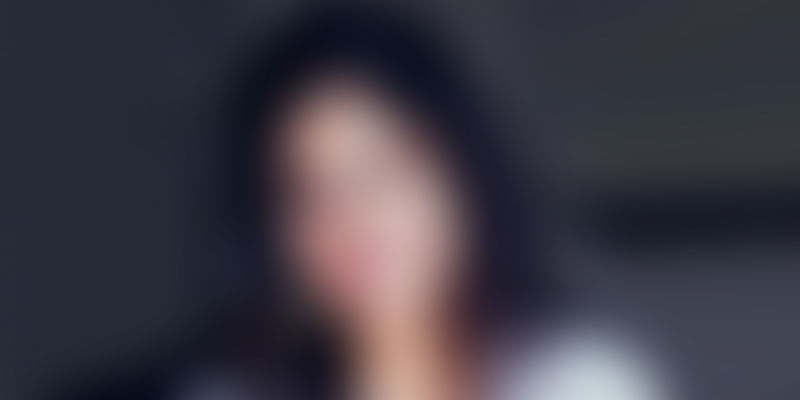 Shalini Prakash talks about being a VC, the Indian startup scene, and the great disruption underway in India today.

Over the past few months, she has been travelling across several cities, addressing groups of entrepreneurs, speaking about investment and mentorship, and giving advice to women on how to not be afraid to put their best foot forward.

What's more, she is a VC representing a foreign fund and managing their India portfolio, and mother to a toddler.

Shalini Prakash does pack a punch. She is excited about her new role as venture partner at 500 Startups, and ready to talk her about her journey with the fund, how things have played out for 500 Startups in the last few months with their India fund not taking off, and what's next for India as far as 500 is concerned.

Here is an excerpt from our conversation:

With over 100 employees across the world, 500 Startups' main fund is based in the US. The early-stage venture fund and seed accelerator have investments in over 50 countries, most of which host the fund's micro funds.

Though there is no India fund, they do have active investments in the country, having invested in close to 60 companies since 2011, including startups like ZipDial, PopXo, Instamojo, CultureAlley, SilverPush, KartRocket, and Headout. Shalini says,

"Earlier this year, there was a misinterpretation that 500 would not make investments, but this wasn't true. We have always invested in India from the global fund, and we will continue to build our portfolio startups here. We have always believed in India's potential, and are committed to further investments here."

In the short-term, the fund plans to continue to seed good entrepreneurs and provide value to 500's global network.

The long-term vision is to launch an India fund and make more investments here, while gradually launching 500's global programmes in India, which will help the local ecosystem.

Due to strategic challenges and the mechanics involved, setting up an India fund was taking longer to work out and put on hold. "But we will soon have a strategy for India," she says.

From aspiring entrepreneur to VC

"I am as local as it gets," says the true-blue Bengalurean. Shalini holds an engineering degree, and started her career with Fidelity Investments. Soon after, she joined Lakshmi Pratury and INKtalks, and was with them for four years.

Before joining 500, she was involved in the startup ecosystem as an EIR (Entrepreneur In Residence), and did a few consulting assignments with companies like InMobi.

Inspired by all the interesting speakers she met at INKtalks, she was contemplating starting up herself. But then, in August 2015, 500 Startups happened, and there has been no looking back since.

"I was always interested in the VC world, but did not think the transition would happen so quickly. 500 was a good fit to my background--I had worked in the startup ecosystem and in a place like INKtalks, which is a community for leading thinkers and doers.

"The approach of 500 to venture capital is also community driven, with a belief in developing the ecosystem and investing in passionate entrepreneurs. I really resonate with this thought," she says.

Currently, Shalini is the only person from the team in India, and she says that, as a lone ranger, "self-discipline and being organised helps" her in juggling everything at her end.

The management too has been very supportive. "The global team provides all kind of support to ensure smooth operations in India. I have access to the global network of 500's people, funds, and connections, which are very useful for our companies in India."

Commenting on the support she has received from Dave McClure, Managing Partner at 500 Startups, she says, "I work with the South-east Asian team, and I am in touch with Dave for whatever I need. So people are very supportive.

"Because I live in a country of a billion people, I get a lot of attention. Irrespective of the time zones, Dave responds within hours whenever I email him. It's an amazing feeling because I feel that Dave and management are on top of things and show they care."

Where is the winter?

According to Shalini, the past two to three years have been a learning experience for all the stakeholders in the Indian startup ecosystem. "From the VC and entrepreneur perspective, we have figured out what works in India, and how to set expectations on both sides of the coin."

Two major recent developments--demonetisation and the disruption in the telecom space by Jio--have, according to Shalini, made the future more promising. "In fact, the government is disrupting its own systems, and it's happening so fast that it is throwing up multiple opportunities for startups. What would have taken 10 to 12 years earlier will now take only five. Startups need to work on solutions that are real, India-based. Look at the Aadhaar stack and the BHIM app. I see a completely different India 10 years down the line."

Shalini also points out how even sectors like dairy and agriculture are now seeing considerable change, with startups focused on building solutions for the traditional sectors.

Taking over and building a pipeline

With the Indian team disbanded, Shalini has spent most of her time since December taking over India and familiarising herself with all the portfolio companies. She has now settled down and is working on creating her own pipeline. Her days regularly include three important things--closing deals, portfolio support, and talking to new founders.

Given that 500 is a foreign fund, the ask as an investor in domestic players is a bit more, which means that Shalini spends a lot of time with the legal support to ensure that all the deals and paperwork are in order.

Shalini is excited about finding good entrepreneurs who are building solutions for India. "India is one of the fastest-growing markets now, with rising internet penetration, payment and logistics getting better, and rising spend; there are enough interesting opportunities for investors to look at in all parts of India."

She shares that over the last five months, 500 has closed four deals, including the likes of Spoyl and Niramai, and that two more are on the way. "500 is a popular brand name in India for seed investments, and most companies reach out directly. Some deals are also coming through the founder and investor community."

Between all the networking, travelling, and juggling deals, Shalini reads voraciously, to know the markets, companies, and new trends, and be on top of things. While she can always reach out to the 500 team to vet the tech a startup is using or the product that they have built, its market value has to be assessed by her.

With a toddler a home, it's surprising how much travel and work Shalini gets through. When she advises women entrepreneurs as a mentor on work-life balance and networking, her inputs come from her own personal experiences from multi-tasking, and of course, as she says, "Great support from family, from my husband, mother, and mother-in-law."

According to Shalini, if her tribe is to grow, more and more women entrepreneurs need to join the fray in the startup ecosystem.

She says that it is imperative that women are able to identify themselves as belonging in a VC setup. "We see women at the associate level, but not at a partner level, and that needs to change."

She points out that, today, the venture capital industry is mostly male dominated, similar to how medicine and engineering were 25-30 years ago.

"Although VC firms want women on their team, there are fewer women thinking about this as a career option. More awareness about the VC industry and creating role models may help the tribe grow," Shalini says.