How Titan is looking for a sweet spot with handcrafted sarees 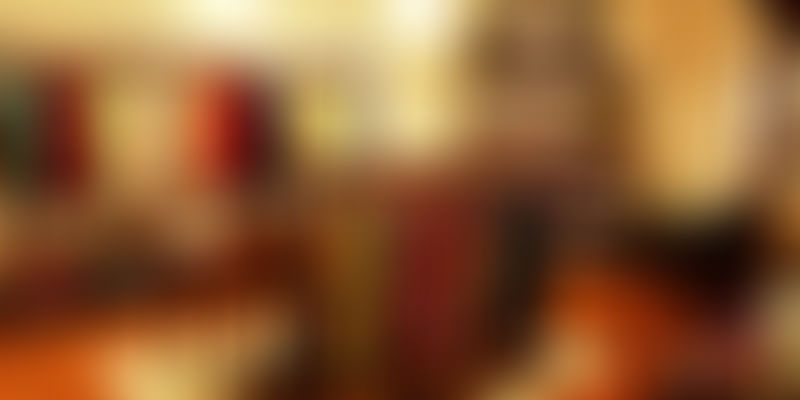 Women’s ethnic wear retailing is a Rs 53,000-crore market and the saree business has never been branded, which is why the Tatas are betting on the category.

Sanjeeva, a Kolkata-based seller of handcrafted sarees, travels to Bengaluru once a year. He has a loyal customer base there, which he has meticulously built over the last 30 years. Acquainted with each customers' tastes and preferences, he brings with him 50 unique organic silk and cotton sarees, handpicked from different regions in India as well as from Dhaka, and sells to them at a premium.

These 50-odd sarees get picked up in no time; their distinctive designs are a big lure for Sanjeeva's customers. He heads home richer by at least Rs 3 lakh, which is transferred to his account by his customers. While people like him have long been influencing designers, retail conglomerates have never been interested. All that, however, is about to change.

In early 2015, Titan Company, the Rs 11,500-crore manufacturing-to-retailing giant that houses brands like Fastrack and Tanishq, called for fresh ideas to prepare for the future. Of the 200 ideas that poured in, the management picked up three to incubate and figure out their value propositions.

The management was excited because the first of the two ideas would resonate well with the youth. But the Titan Board, and its leaders, wanted to back an idea that could become as big as Tanishq. The whole exercise was like finding the right bride or bridegroom for a company that for two decades has redefined jewellery retailing. “We did a lot of research on the three ideas. The first two would go well with our existing businesses, but we realised they did not add value because cycling and biking have too many categories to cater to,” says Ajoy, Senior VP, Titan Company. He adds that they were looking for something that had a large market opportunity and could make Titan a category leader, which the first two ideas did not offer.

Genesis of the idea

Now the dilemma was to clearly prove to the Titan board that the third idea would work. That’s where current Managing Director Bhaskar Bhat, who is fascinated with youth culture and design, came in. Also interested in the intersection of the modern and the traditional, he suggested that the team do some serious research and in October 2015, they presented some startling facts about the market opportunity. The handcrafted saree industry had 400 clusters designing and manufacturing products. Second, consumers could not tell the difference between handloom- and power loom-designed sarees. Third, the market was 95 percent fragmented and was dominated by traditional businesses. Technopak, the retail firm, pegs the industry at a massive Rs 61,679 crore, of which the women’s ethnic wear market is a whopping Rs 54,425 crore. Finally, 75 percent of the weaving and designing was done by women in smaller towns.

Now, this was a business Titan Company could own if it created a strong supply chain with the clusters. Says Ajoy,

“We always think like a manufacturer, which is to look for good quality, design, and aesthetics. We look at the entire market from the downstream and study the consumer to figure out the product strategy.”

The saree category is underserved as women don’t know what they are buying. “This is what Titan is known for, which is to organise a fragmented category and create brands out of an opportunity,” he says.

The opportunity statement they were addressing was revitalising heritage and celebrating the traditional art of saree making.

A small team of 20 people began to conceptualise the product and prepare it for the market launch. The brief was to focus on creating a sophisticated and refined design language for the product. The target group was the modern Indian woman who is also rooted in culture and heritage. While all this was addressed the newly formed product line also needed money. Sources say the company invested Rs 30 crore in building the supply chain for the first two stores, which also included building relations with weavers and designers. By the end of 2016 the brand Taneira—a retail space for handcrafted sarees—was born, and is now turning out to be one of Titan Company’s boldest experiments. The first store opened in February 2017.

Why such a bold experiment?

Although there are more than 400 styles of sarees in the country, the Indian woman, generally speaking, is aware of only a few—Kanjeevaram, Patola, Banarasi, Pochampally, Bomkai, Kasavu, Paithani, Bandhani, Muga, Chikankari, and Chanderi. What about the other 390 styles? Sometimes there is no telling what style they have bought into and have to by what the retailer says. Taneira wants to sort all this out. The brand is reviving lesser-known styles such as Kumbakonam, Molkalmaru, Murshidabad, Karaikudi, and Kashmir along with all the known varieties. Over 200 weaving societies have been integrated onto the Taneira platform. It all began with a meeting with the Ministry of Textiles, which gave Ajoy and team access to the weaving clusters.

“We decided to focus on 26 clusters in 21 states and get the ecosystem used to an organised retailer,” says Ajoy.

The company tracked everything from fabric to workmanship and the delivery timelines of the designs. This was important because, in the saree business, a keen pair of eyes are required to differentiate between synthetic mixes and organic material. While the supply chain was being organised the company began to learn from the jewellery brand Tanishq about the trading density, managing orders, stock turns, and margins. Each store, which is around 4,000 sqft, must break even in 18 months. The next 18 months will determine whether this brand goes beyond the pilot phase.

The fragmented nature of the industry stems from the nature of trading in the country, which has always been dominated by distributors and wholesalers. “This category needs patient capital, but it is a great opportunity to build a brand and one has to stay in it for the long run,” says Devangshu Dutta, CEO, Third Eyesight.

He adds that women like dressing uniquely and traditional sarees offer unique designs because they are produced in small batches. “There is a revival of sarees in India. If you see women in leadership positions, they are all wearing sarees and the category is becoming popular,” says Devangshu.

There are traditional retailers like RMKV and Nalli Silks, which have seven and 32 stores, respectively. They do everything from power looms to handlooms to synthetics. Their designs are mass produced but they also offer custom-made sarees. There are others like Chennai Silks which has 15 stores. These chains have their brand identity limited to the store and Taneira is looking at branding the product’s design language. “There is no better time to brand a product. The last 18 months have seen the emergence of so many brands across several categories,” says Harminder Sahni, Founder of Wazir Advisors.

Titan, which thanks to Tanishq has 10 million loyal customers, can cross-sell services with Taneira and floor test the brand and the spending patterns by cluster. Over the next 18 months, the brand will look at studying what clusters are popular and the spending pattern of consumers. Hopefully, Taneira will become a household name, but the Tatas are hedging their bets by being rather secretive about the brand.